Jennifer Lopez and Ben Affleck were the “it” couple of the early aughts. It seemed like they were going to be together forever when Affleck proposed with a huge pink diamond ring worth an estimated $2.5 million. But we now know that wasn’t in the cards for them.

They have since moved on and appear to be in happy relationships. But we can’t help but wonder: Has Lopez held on to the ring? Let’s discuss their relationship, split, and more here. 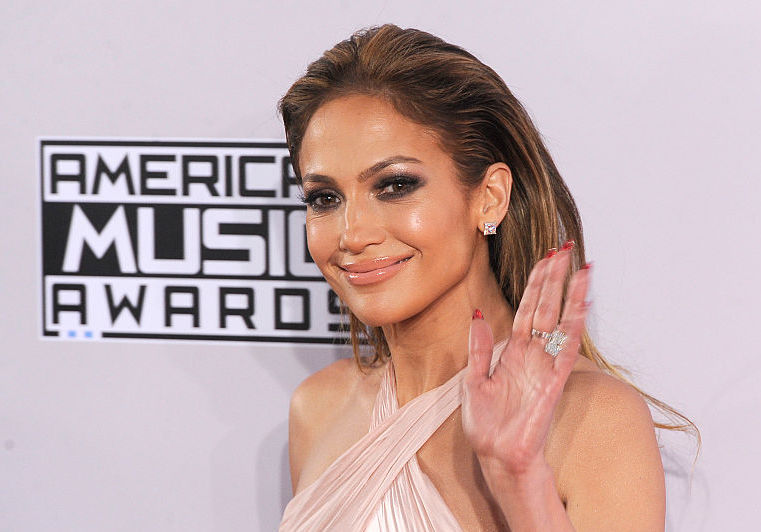 A brief timeline of Jennifer Lopez and Ben Affleck’s relationship

Lopez and Affleck began dating in 2002 after meeting on the set of Gigli (2003). They became engaged the same year and planned to marry in 2004. But the pair called off its wedding just a day before the ceremony. In later interviews, Lopez cited intense pressure from the media but also suggested that things had moved too fast.

“I felt like … ‘Okay, this is it,’” she said of meeting Affleck in a 2016 interview with People. “[But] sometimes I feel like what you think people are and how you see them when you love them is different than when they reveal later.”

“I think different time different thing, who knows what could’ve happened, but there was a genuine love there,” she added.

What did Jennifer Lopez do with her ring from Ben Affleck?

Lopez herself has never shared the fate of the ring. However, sources told Us Weekly back in 2006 that she was allegedly planning to get rid of it.

“She plans on quietly giving the ring back,” a supposed source who is close to the singer said (via ABC News). “She’s not doing this for the media. She’s doing it for closure. It’s the relationship’s death certificate. He has demons that will never go away.”

It was probably a really tough thing to do — not just because it symbolized the end of their relationship but also because of how beautiful that thing was.

Lopez still adores the ring and gushes about it to do this day. Fortunately, she got another one in March 2019 when former MLB star Alex Rodriguez popped the question after two years of dating the pop star.

After breaking up, Lopez moved on to Marc Anthony, with whom she shares 12-year-old twins, Maximillion and Emme. The pair married in 2004 after a few months of dating and split a decade later.

Lopez went on to date a couple of people in the years that followed before sparking a romance with Rodriguez. Reports say the pair planned on marrying in 2020 but had to push it back due to the coronavirus outbreak.

Meanwhile, Affleck found love with Jennifer Garner. After a months-long relationship, the pair married in 2005. They welcomed three children — Violet, 14, Seraphina, 11, and Samuel, 7 — before divorcing in 2018. These days, Affleck is seeing actress Ana De Armas.

Despite their failed romance, Affleck told The New York Times in February that there are no hard feelings between him and Lopez and that they even talk sometimes.

“She’s the real thing,” he said. “I keep in touch periodically with her and have a lot of respect for her.” Speaking about her 2019 film Hustlers, Affleck added: “How awesome is it that she had her biggest hit movie at 50? That’s f*cking baller.”

Read more: Here’s Why Jennifer Lopez Thinks Her Past Engagements Failed But Alex Rodriguez Will Work Out