ABC’s How to Get Away with Murder gripped audiences for six salacious seasons before ending with an explosive finale on May 14. Now that the legal drama has ended, fans may be looking for a series to fill the void. With that in mind, here are five shows that could satiate your cravings for stories filled with mystery, mayhem, and murder. 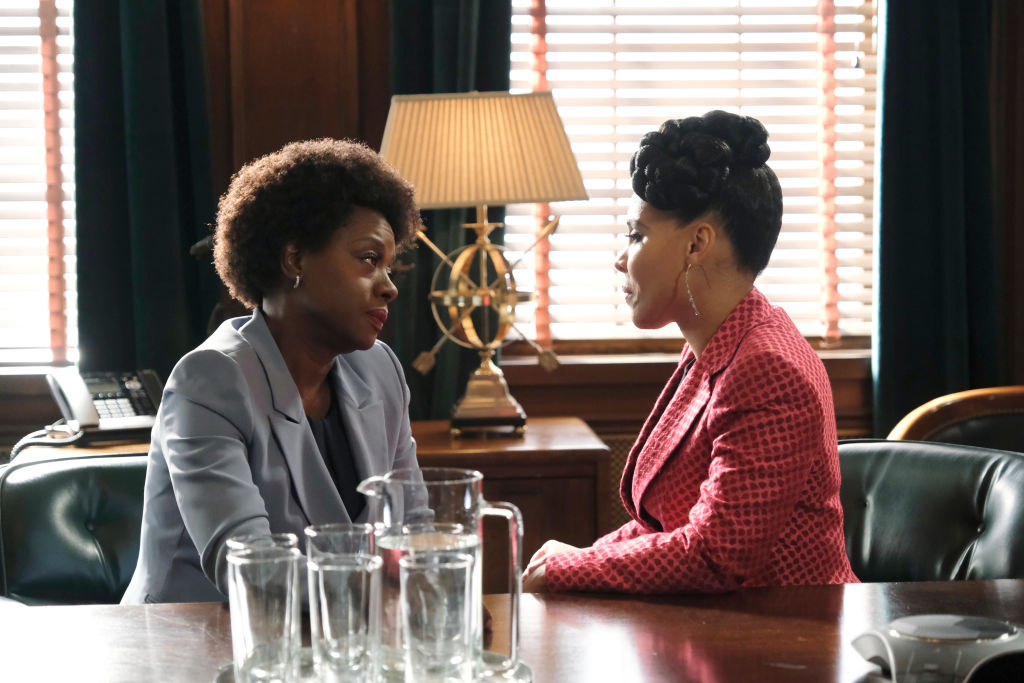 RELATED: ‘How to Get Away With Murder’ After the Finale: What’s Next for the Cast?

TV buffs who were sucked in by the legal gray areas depicted in How to Get Away with Murder could also delight in Patty’s schemes to win cases by any means necessary in Damages. Patty’s associates deal in blackmail, intimidation, extortion, and coverups. And it is simply delicious drama. Fans who want to check out Damages are in luck. The series is streaming free on Hulu.

Mystery-lovers and thrill-seekers alike could get on boardwith Showtime’s Dexter. The show follows Dexter Morgan, an unassumingblood-spatter expert who helps the Miami police department solve murders. But whathis cohorts don’t know about Dexter is that he lives with a compulsion to kill.

Dexter channels his homicidal tendencies as a vigilante who seeks to punish violent offenders who have slipped through the legal system’s cracks. He uses his skills as a crime scene investigator to find definitive proof before exacting his bloody vengeance.

How to Get Away with Murder enthusiasts who enjoyed watching Annalise’s team validate their own shady activities may also dig Dexter. The series is available to stream anytime on Netflix or Showtime On Demand.

RELATED: ‘How to Get Away with Murder’ on Hiatus: 5 Crime Dramas to Watch Until it Returns

From bribery to corruption to treacherous dealings, How to Get Away with Murder featured some sneaky political plots. Fans who loved those story threads can get their fix with Netflix’s House of Cards.

The action in House of Cards takes place in thepolitical underbelly of Washington, D.C. When Francis and Claire Underwood settheir sights on the White House, they make deals, shatter alliances, and conspireagainst anyone standing in their way.

Fans who rooted for the back-biting heavy-hitters in Howto Get Away with Murder could certainly get behind the Underwoods in Houseof Cards. The political thriller is now streaming on Netflix.

Like How to Get Away with Murder, the Starz series, Power,ran for six seasons. Double crosses, deadly plots, and dramatic conflicts arewoven throughout the narrative of both shows.

Power revolves around James “Ghost” St. Patrick, a husbandand father living a double life as a businessman and hustler. On the surface,James appears to be a stand-up guy running a legitimate night club. But inreality, he builds his fortune as a bigwig in a criminal network. Also in themix are James’ loyal allies, dangerous enemies, and federal lawyers who aim totake him down.

Viewers who enjoyed the plot twists and legal drama deliveredby How to Get Away with Murder will enjoy Power. Fans who want tostream Power from the beginning can watch the series on Hulu or Starz OnDemand.

Each season of How to Get Away with Murder featured a different mystery for fans to unravel. Similarly, each season of the anthology series, True Detective, follows the investigation of brutal crimes.

Crime drama fanatics who appreciated Viola Davis’ star power on How to Get Away with Murder may also like True Detective. As the latest in a long line of hits by premium cable giant, HBO, True Detective boasts an impressive roster of stars, including Matthew McConaughey, Woody Harrelson, Mahershala Ali, and Rachel McAdams. True Detective is available anytime on HBO On Demand.