🏥 The Duchess of Cambridge has spoken with midwives, health visitors, parents and leading sector experts about the challenges and impact that COVID-19 is having on new and expectant mothers and their families. Click the link in our bio or swipe up in our Story to watch the full film 🎞️ of The Duchess’s conversations, held ahead of the UK’s Maternal Mental Health Awareness Week — which aims to create wider awareness of maternal mental health, and signposts support for parents #MaternalMHmatters

As always, the Duke and Duchess of Cambridge spread out one “event” so they get credit for it four or five times. Last week was the Cambridges’ ninth wedding anniversary, and the first that they’ve spent in lockdown, unable to celebrate with friends or family. I wondered if William and Kate had anything special planned, but we’ll never find out. What we did find out was that Kate spent her anniversary “working.” She used Zoom to speak to charities connected with new mothers and midwives:

Kate Middleton spent her ninth wedding anniversary supporting charities working with pregnant women and new mothers. The Duchess of Cambridge, 38, and her husband, Prince William, 37, got married at Westminster Abbey on 29 April in a service that was watched across the globe. Last week the couple marked nine years of marriage but were forced to stay home due to the ongoing lockdown.

And according to the Court Circular – the official daily list of royal engagements – the duchess spent the afternoon taking part in a roundtable discussion with organisations supporting women in her role as patron of the Royal Foundation of The Duke and Duchess of Cambridge.

This info came out on Thursday/Friday, I think, and I wondered if we would actually hear anything else about it. Turns out, it took a few days for Kensington Palace to put together the video highlights of Kate chatting with new mums and various charity people, combined with some jaunty music. Kensington Palace also highlighted some resources for Midwives, expectant mothers and new mothers on their social media.

I’m not going to complain about any of this – this is what Kate is supposed to be doing, and what she should have been doing throughout the lockdown. It took the Cambridges about a month to figure it out, that this is how they could work during the lockdown, and how they could show it off on social media. Thankfully, they grabbed the Sussexes’ old social media guy in March, right? 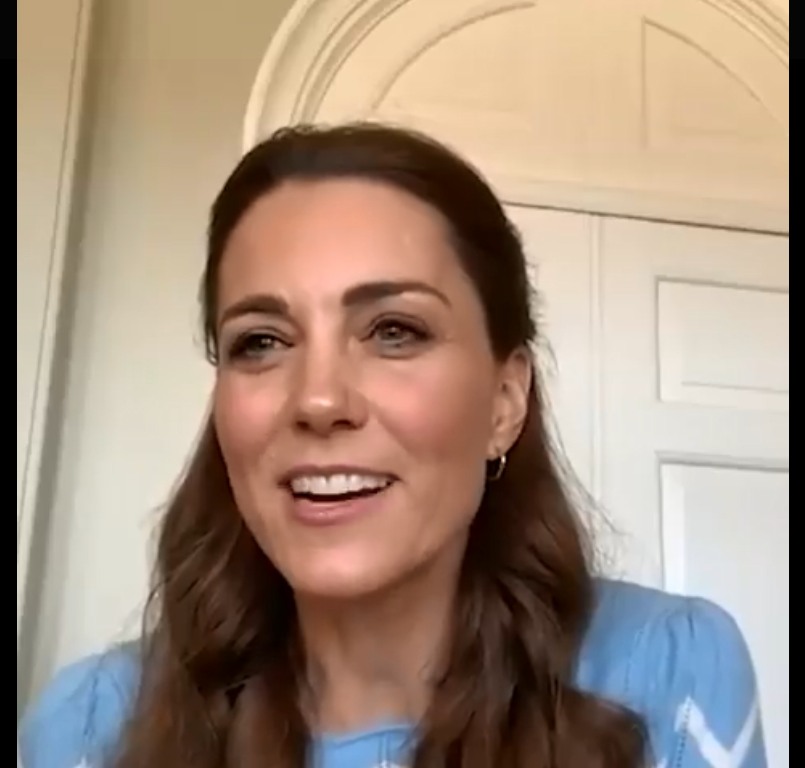