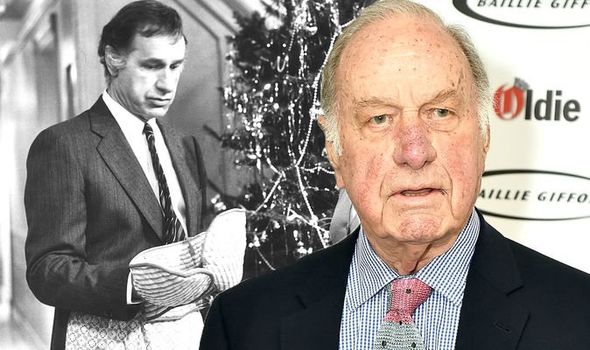 Actor Geoffrey Palmer, who is well known for roles in The Fall and Rise of Reginald Perrin and Butterflies, has died at the age of 93. Many will know the film star for appearing opposite Dame Judi Dench in As Time Goes By.

Geoffrey’s career also included his roles in the likes of The Avengers, Fawlty Towers and Doctor Who.

Many have taken to Twitter to express their deepest condolences to the late TV legend.

“As Time Goes By, Butterflies, Fall and Rise of Reginald Perrin, Fawlty Towers, Blackadder, Dr Who – his career a greatest hits of British tv.”

“A real talent and a real loss. Thanks for decades of laughs x.”

As Time Goes By with Dame Judi Dench and Geoffrey follows the two lovers who meet unexpectedly and later marry.

While Geoffrey played the role of Lionel Hardcastle, Judi starred as Jean in the BBC One show.

The film favourites reunited on screen in the James Bond film Tomorrow Never Dies as well as Mrs Brown.

In recent years, Geoffrey appeared in Paddington, Parade’s End and W.E, which was directed by Madonna.

In 2004, the film legend was appointed an Officer of the Order of the British Empire for his services to the drama industry.

Geoffrey has two children Harriet and Charles with his wife Sally Greene.