Food Network star Giada De Laurentiis has made quite a few desserts in her nearly 20 years on the culinary cable channel. But the one she calls her favorite? It’s the rich and chocolatey Torta Caprese. Here’s how to make your own.

The Rome-born chef shared on food blog Giadzy her true feelings for Torta Caprese: “This flourless cake is a quintessential dessert in Capri, and one of the dishes you can’t miss when you vacation there. It’s light, airy and fudgy all at once – and so chocolatey. My favorite!”

While this traditional Italian cake technically does not contain flour, it instead uses almond flour, which is just ground almonds. Blanched, peeled, dried, and ground almonds.

“Torta Caprese is the signature from [Capri] and it’s chocolate cake and it is divine,” De Laurentiis says in the Food Network video for this recipe. “It’s the iconic cake of this island and it’s super easy to make.” 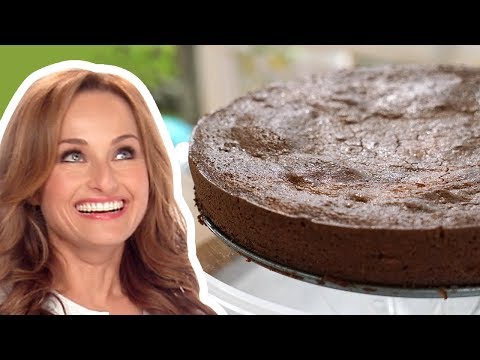 De Laurentiis melts the chocolate and butter together in a double boiler and sets it aside. Now, the egg whites are beaten until peaks form. The cup of sugar and vanilla are added to the yolks, which are then beaten in a separate bowl “until it’s slightly pale.”

Pour the almond flour into the beaten yolk mixture, followed by the melted butter-chocolate mixture. The beaten whites are carefully combined into the batter: “This is an important part of the process,” De Laurentiis says. “Because you want to make sure you slowly fold the egg white in so you can make the cake nice and light.”

Once the whites have been fully incorporated (De Laurentiis did it with three batches of the whites), the batter is poured into a buttered nine-inch springform pan. It’s then placed into a preheated 350-degree oven for 40 minutes. After it’s done baking and has completely cooled, dust the top with powdered sugar.

Chocolate was on the minds of home cooks

With all the chocolate on one plate, what’s not to love about Torta Caprese? Reviewers praised the chef’s simple but impressively sophisticated recipe.

“Fabulous! Chocolaty, fudgy, light. Best of all easy! About to make for a third time, definitely a keeper!,” one home cook said.

Another reviewer said of the cake, “I have to say this dessert is ‘premium’ and absolutely delicious. It is chocolate personified and the amply moist texture just makes it a grand prize winner.  It takes a little patience and care to prepare but the reward far outweighs the effort. This is a ‘win-win’ dessert and a definite wow factor with guests.”