The Monster’s Ball actor wore a sexy spin on a boxing champion’s pregame look to promote her upcoming film, Bruised, on Jimmy Kimmel Live. Styled by her longtime collaborator, Lindsay Flores, the star donned a black silk kimono top with gold detailing and a black fringed skirt, both by Spanish designer Teresa Helbig.

The metallic robe was worn open up top and cinched at the waist with a black sash belt featuring a gold buckle designed like a snake circling its own body. She finished off the look with a pair of black-and-gold Casadei stiletto sandals and minimal jewelry. 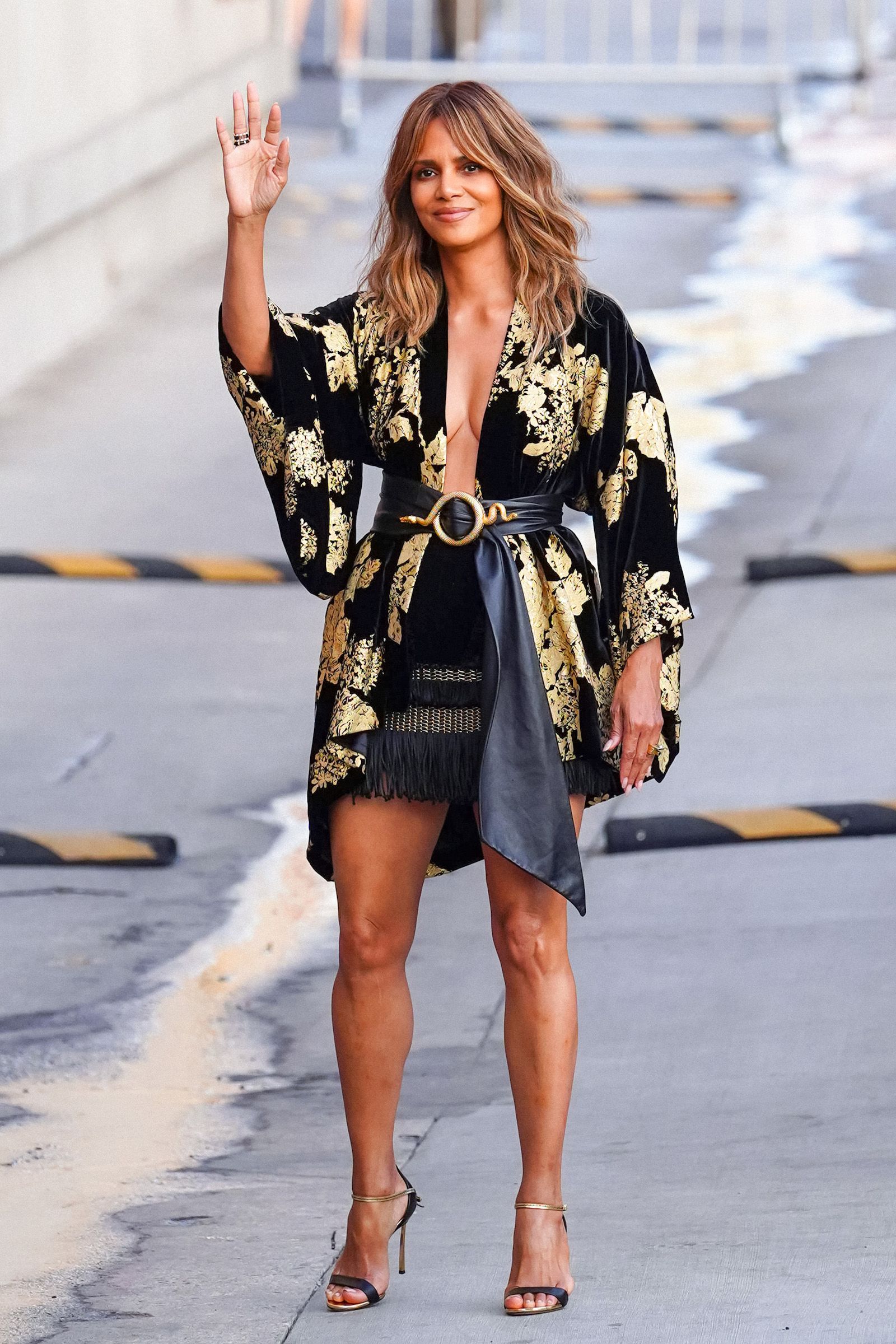 On her Instagram, Berry shared pics from her appearance on the talk show, where she spoke about training for her MMA film, which is also her directorial debut. “Last night was fun! ✨ thank you so much @jimmykimmellive,” she wrote.

The first-time director was feeling herself in a second Instagram post, a selfie with a low angle showing off her snake belt. “That after glo!” the captioned read.

Berry has been loving her metallics lately. At AFI Fest in L.A., she wore a gunmetal suit by Pamella Roland for the Bruised premiere. And though she was the star of the event, she took time to walk the red carpet with her longtime boyfriend, Van Hunt. 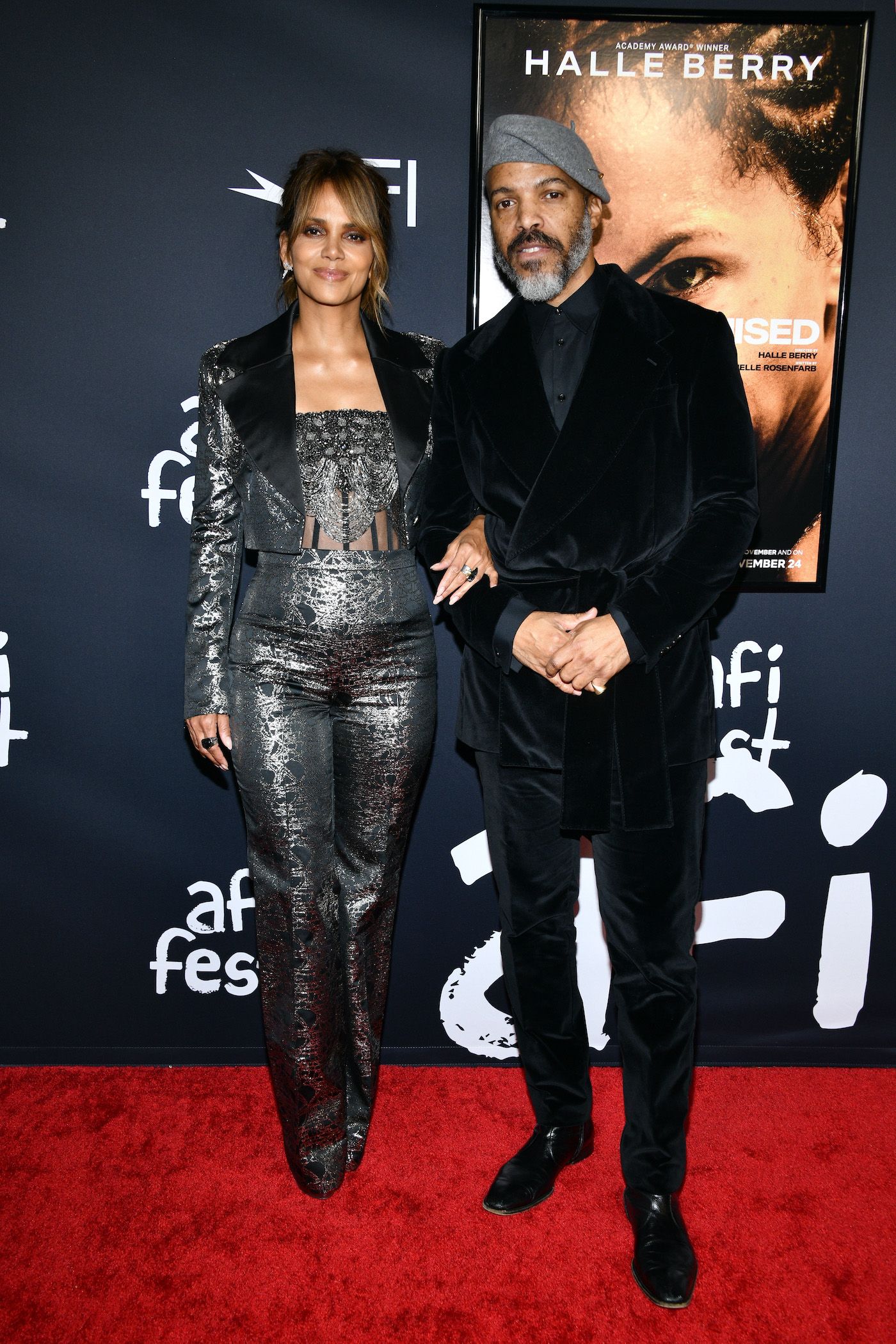 In a joint interview at the event, the private couple joked that they may have already tied the knot. When asked whether they plan to make their relationship official, Hunt replied, “I would love to,” before Berry said, “It is official.”

Though they didn’t say more, Berry did gush over working with her musician beau, who contributed to the film’s soundtrack, an all-female hip-hop album.

“That was amazing, and I love working with Van. He is my person, he wrote the title song and H.E.R. sang it, ‘Automatic Woman,'” she said. “But what I loved was getting to bring all these women together to create the first-ever [all-female] hip-hop album. Like, it had blown my mind that that had never been done before, and I thought, ‘Well sh*t, I’m gonna do it!'”