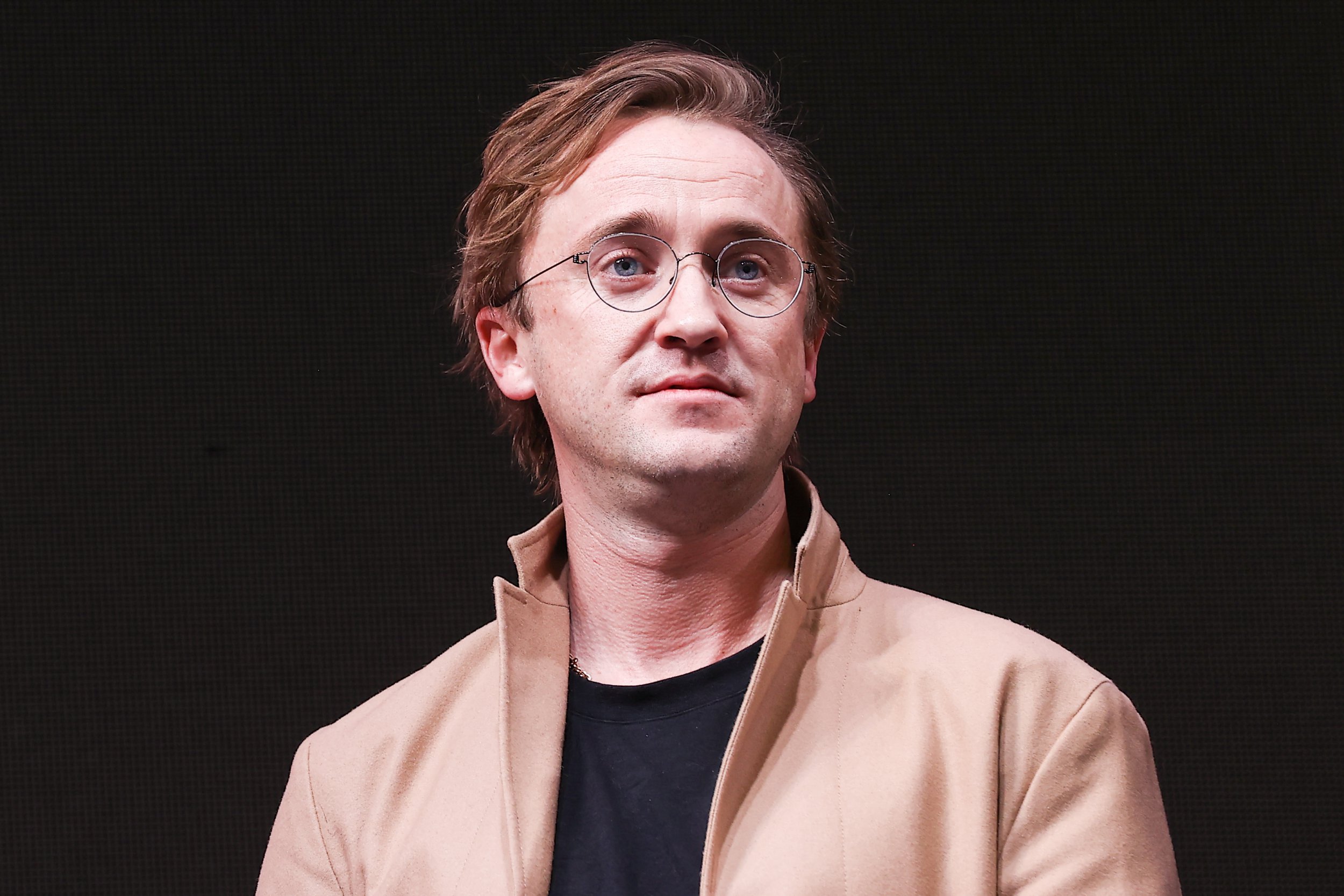 You’ll never guess what – the cast of Harry Potter only have a WhatsApp group chat.

And it’s not just any chat as, according to Draco Malfoy actor Tom Felton, they use it to share ‘geeky’ wizard jokes. Honestly, we’d expect nothing less.

The 35-year-old actor delighted Potterheads by confirming that he is still ‘very close friends’ with the other stars of the films, despite it being over 10 years since the last movie in the franchise was released.

And although they don’t get to see one another very often, the stars like to stay in contact via messages.

He told Capital Breakfast: ‘We’re obviously very close friends, all of us. It sounds sort of like a cheesy line to say that we’re all family. We don’t often see each other, all of us together in the same room as much as we’d like to.

‘But yeah, there is a cheeky WhatsApp group going, and we still make lots of really geeky Potter jokes. Like I will only refer to them as the Gryffindorks.’

Tom assured that ‘the banter is still there’ and while the cast – including the likes of Daniel Radcliffe, Emma Watson, and Rupert Grint – shall remain ‘linked forever’ by the Harry Potter phenomenon, they are genuinely good mates.

The actor also admitted he that he ‘blagged’ his audition for the movies because, unlike most of the children trying out, he’d never read any of JK Rowling’s books.

But, he ultimately thinks that worked in his favour, although he reckons it ‘probably would’ve been a good idea’ to do his homework beforehand.

‘Quite ironically, I blagged it. I think because in the original audition stages, basically they invited everyone in the UK who was a fan of the book,’ he explained.

‘So there were thousands of children lining up who knew all about Hogwarts and Gringotts and I had no idea about any of it.’

Tom confessed that he ‘definitely lied’ in his audition by telling casting directors that he thought the best-selling novels were ‘brilliant.’

‘And I’m pretty sure Chris Columbus, the director, saw that as probably a perfect Malfoy candidate so in a way not reading the books helped get me the part,’ he laughed.

Despite not being the biggest Harry Potter bookworm back in the day, Tom recently praised its author’s contribution to literature.

Following numerous allegations of transphobia against Rowling over recent years, Tom insisted he ‘doesn’t like to pick sides.’

He said he feels ‘no-one has single-handedly done more for bringing joy to so many different generations’ than the writer.

Speaking to The Times’ T2 magazine, the child star said: ‘I couldn’t speak for what others have said or what she said, to be completely honest, but I’m often reminded, attending Comic Cons in particular, that no-one has single-handedly done more for bringing joy to so many different generations and walks of life.

‘I’m constantly reminded of her positive work in that field and as a person. I’ve only had a handful of meetings with her but she has always been lovely. So I’m very grateful for that.’

Tune into Capital Breakfast with Roman Kemp, weekdays from 6am-10am