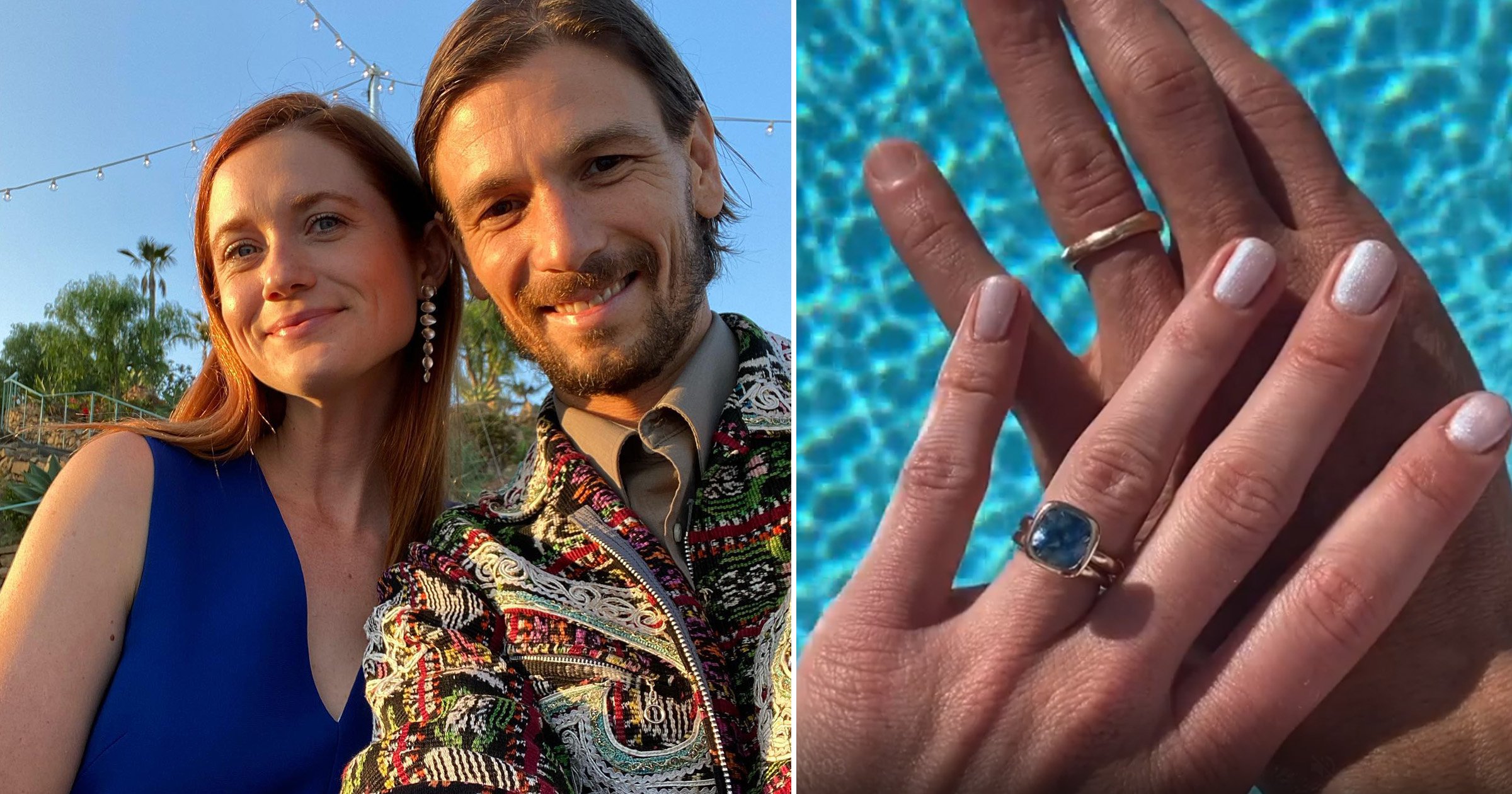 The 31-year-old, who is best known for playing Ginny Weasley in the blockbuster franchise, surprised her social media followers with the news on Sunday by debuting her wedding ring.

She shared a short video of her hand resting over new husband Andrew’s with her left hand now carrying a gold band with a large turquoise stone in the centre.

‘Yesterday was the best day of my life 💙 thanks to my husband!!’ Bonnie captioned the post.

The film star’s followers rushed to congratulate the happy couple, with her on-screen brother James Phelps who played Fred Weasley, among the first to wish the newlyweds well with a pair of celebratory emoji.

Several other Harry Potter stars commented, with Afshan Azad, who played Padma Patil, adding: ‘Love you so much.’

Scarlett Hefner, who played Slytherin student Pansy Parkinson, told the pair: ‘Congratulations to you both!’

It’s not known exactly how long the couple have been dating for but Bonnie went public with Andrew in September 2020 via Instagram.

Bonnie revealed they had moved in together in February, with her relocating from Los Angeles to San Diego.

She told her followers in a YouTube vlog: ‘Andrew and I had been going back and forth between these two cities for a long time, so we were ready to live in the same place. This is Andrew’s house, which is now our house.

‘He has lived here for 10 years [and] has a beautiful garden. He’s looked after it very well.’

In a recent Instagram post, she shared an insight into their romance and wrote: ‘Love feels like these pink pants. Electric and fluffy all at once 💗’

It’s the first time Bonnie has walked down the aisle but the actress was previously engaged to Harry Potter co-star Jamie Campbell Bower, who played a young Gellert Grindelwald, for a year until 2012.

Bonnie began playing Ginny in the wizarding series at the age of 11, starting with Harry Potter and the Philosopher’s Stone, all the way through the eight movies ending with her character marrying Harry.