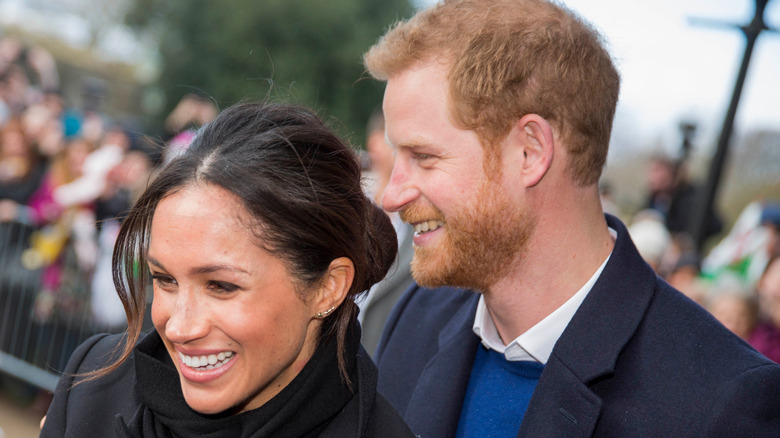 When Prince Harry and Meghan Markle moved to California in early 2020, just after stepping back as senior members of the royal family, it seemed the whole world was atwitter with speculation as to why and how this move would play out. At the time, a nameless source close to the royal couple told Vanity Fair that they chose California because “They have a big support network there … It’s where their new team of Hollywood agents and PRs and business managers are based. Meghan has lots of friends there and, of course, her mum Doria.”

In March of 2020, the public got a little bit of a glimpse into the California home of Harry and Meghan during the now-famous interview with Oprah, in which we learned that the couple keeps chickens and is attempting to raise their children in a grounded, family-focused home.

Now, the public has gotten to see even more of the couple’s palatial California house. 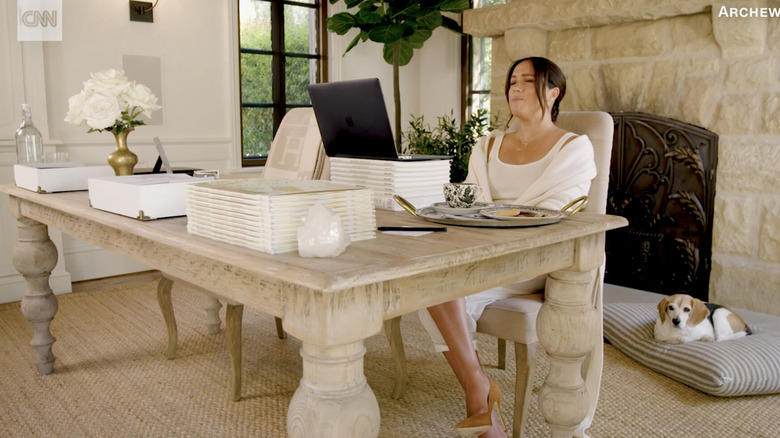 Just a few days ago, Meghan Markle announced that she would be celbrating her 40th birthday by launching a new initiative geared toward female mentorship (via CNN). This announcement came in the form of a comical video shot at the Montecito, CA mansion where she lives with Harry and their two children. Comedian and actor Melissa McCarthy, a personal friend of Meghan’s also appeared in the video, and Harry himself made a cameo.

While the video left some folks smiling, many began reading deeply into the details they found in the home and in what the Duchess was wearing, like her star sign necklace, wondering what might be coming next from the couple’s media empire and the mentoring program Meghan is about to launch. Viewers also got to see Meghan’s beautiful office, complete with a clean, white theme and a majestic fireplace behind her. Her desk also featured a large quartz crystal, which had some folks talking about whether new age spirituality might be something the Duchess dabbles in.

And while much of that is up for speculation, what’s clear is that Meghan is dedicated to helping women re-enter the workforce in a post-pandemic world, as millions of women worldwide lost jobs due to the pandemic and became home-schoolers and countless other things to support their families.