OK, so she announced they were engaged on June 24, but is Tana Mongeau and Jake Paul’s engagement real? Well, she’s adamant that it is. But fans aren’t so sure. Why, you ask? Well, there’s a couple of reasons.

The point is they got engaged at this nightclub and there’s actual video footage of her flashing her ring at the night club while Young M.A’s "OOOUUU" plays in the background (ah, yes, the romantic anthem to any good proposal).

At first glance to a normal person, it just looks like any other nice giant ring. But E! News had a little chat with Ira Weissman, founder of The Diamond Pro, who noticed a pretty interesting little factoid about the ring. “Nothing is a sure thing without seeing the ring(s) up close, but everything about this little clip says ‘fake,’” he told E! News on June 24. “You can see the exaggerated sparkling light reflecting off of something in the bottom right of the frame in the beginning of the clip. This is exactly what you would want to use to try to enhance the sparkle of a simulated diamond to make it look like the real thing. Plus, the glassy look of the very large center stone as it’s brought closer to the camera also points heavily toward it being a cubic zirconia.”

Here’s the video if you want to check it out for yourself:

OK, so let’s unpack this for a second. The ring might be cubic zirconia, which is no big deal. Lots of couples have real engagements with fake diamond rings. Lots of people also use apps, like Kira Kira, that intentionally add sparkle. I mean, who wouldn’t want to give their ring a little extra sparkle?! 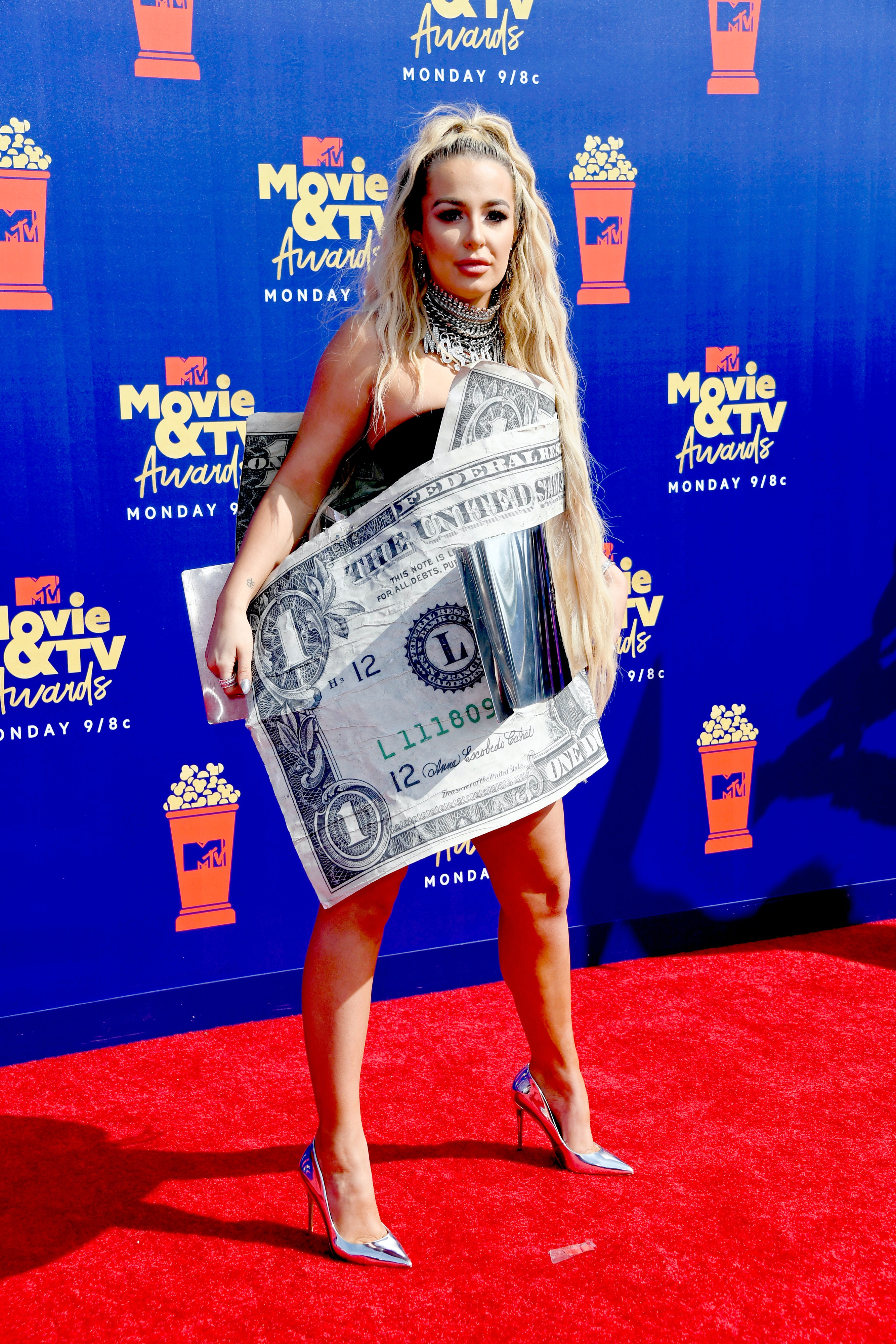 That being said, Paul doesn’t necessarily have the most reliable track record. In fact, he’s actually already had another fake engagement to Erika Costell. In fact, it wasn’t just the engagement to her that was fake; it was the entire relationship.

"We’re not even actually dating. It’s like the WWE," he told The New York Times in a profile they did on him in September of 2017. "People know that’s fake, and it’s one of the biggest things of entertainment." To be clear, Paul even went so far as to post a video on his YouTube account of himself and Costell getting married with title, "WE ACTUALLY GOT MARRIED…" just a few months before the New York Times interview was published.

So, honestly. It could really go any way. Maybe they really are engaged. But if they’re not, wouldn’t it make sense that he would buy a cheaper cubic zirconia ring instead of shelling out thousands and thousands for a massive diamond? IDK, guys! IDK. Either way, let’s just hope these two are happy and that Mongeau’s ex Bella Thorne is going to be OK.