A little over two weeks after revealing her fibromyalgia diagnosis, the former star of ‘Teen Mom 2’ is rushed to a hospital after suffering from mysterious ‘chest pain.’

AceShowbiz –Jenelle Evans has gotten candid about her latest medical issue. The former star of “Teen Mom 2” was rushed to hospital for possible autoimmune disorder a little over two weeks after she revealed her fibromyalgia diagnosis.

Making use of her Instagram Story on Friday, March 25, the 30-year-old mom of four unveiled that she was rushed to hospital on Thursday. “Was in the hospital all day yesterday for chest pain,” she wrote, adding a crying emoji.

Jenelle later asked her fans and followers for their prayers and support as saying, “Please just send prayers. Thanks!” She then promised, “I’ll explain later, too much to type,” along with a pink heart emoji. 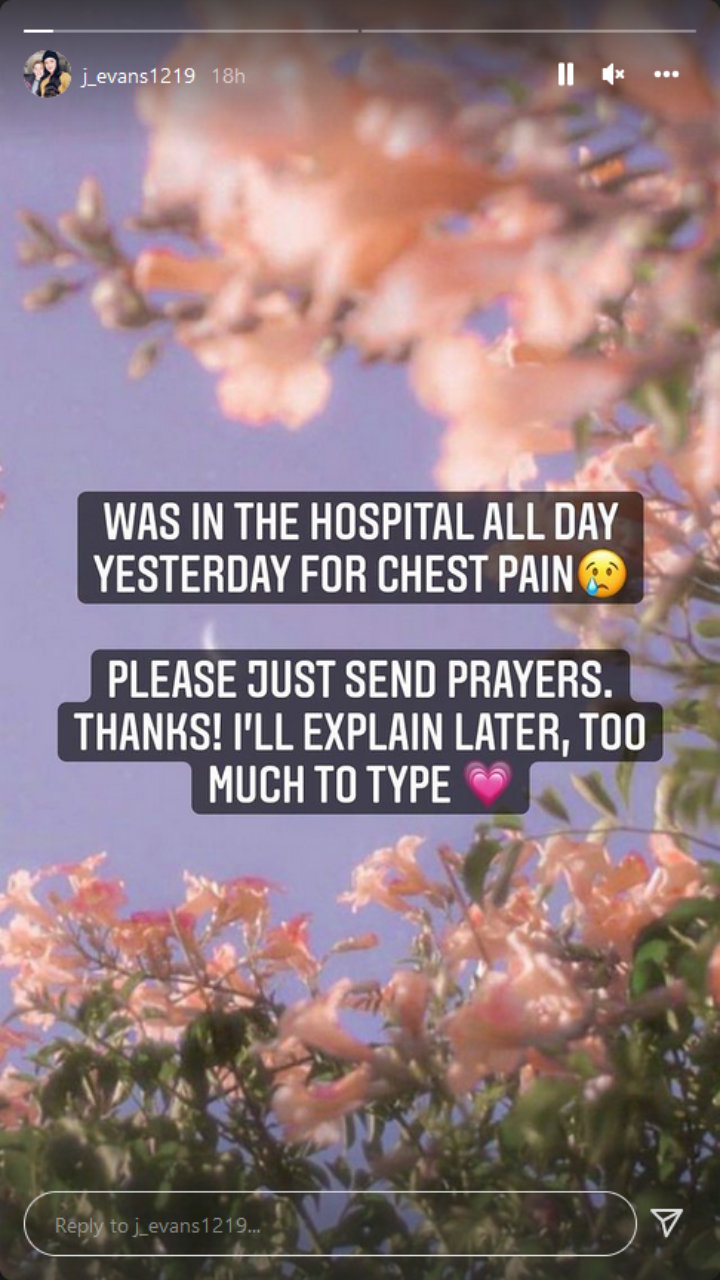 Jenelle Evans asked for support and prayers after being hospitalized for possible autoimmune disorder.

In another post, per Page Six, Jenelle divulged, “New blood test results are in for me….” She further explained, “I have 2 of the anti-acetylcholine receptor antibodies: blocking and binding in my system. Usually found in myasthenia gravis.”

According to the Myasthenia Gravis Foundation of America, myasthenia gravis is “a chronic autoimmune neuromuscular disorder.” The foundation pointed out that MG often causes widespread muscle pain.

Earlier this month, Jenelle revealed that she had been diagnosed with fibromyalgia. During an interview with E! News on March 11, the reality star said, “I now know why my body is acting the way it does and it explains a lot. I never knew what fibromyalgia was until my doctor diagnosed me.”

“For as long as I can remember, I would get extremely bad tension headaches and full body aches-like I had the flu, but was not sick,” Jenelle recalled. Noting that she also had sinus problems and neck and back pain, she added, “My entire body gets in so much pain and sometimes I lay in bed and cry.”

Luckily, Jenelle’s husband David Eason has been “super supportive” of her amid her illness. The TV personality shared that David has helped with cooking and cleaning and even driving her to her doctor’s appointments.

Jenelle also let her children, Jace, Kaiser and Ensley, know her health problems. “I want my kids to know that some days are good and some days are bad with fibromyalgia,” she told the outlet.

“Please have patience with me on my bad days and I promise to make it up to you on my good days,” Janelle continued. “I have private talks with my kids about my health and let them know they don’t have to worry, some days won’t be good but I’ll get through it.”