Justin Bieber got some disappointing financial news in recent days, as a Bored Ape NFT that he spent over a million dollars on is now worth just pennies on the dollar.

According to Insider, the nondescript non-fungible token is worth just $70,000 following the crash and Chapter 11 bankruptcy filing of the cryptocurrency exchange FTX.

But Bieber, 28, but the ape back in January for a stunning $1.3 million, meaning it has plunged in value by 95 percent. 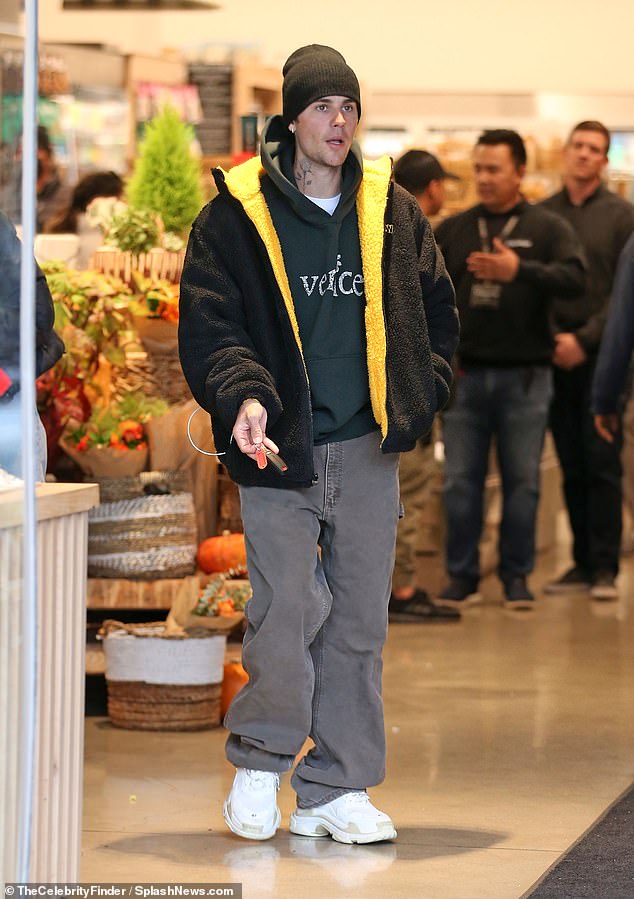 Plummeting value: Justin Bieber’s nondescript Bored Ape NFT, which he paid $1.3 million for in January, is now worth only about $70K, according to Insider; seen November 6

At the time, he paid 500 ethereum, which was worth more than a million dollars. As of Thursday, the price of one ethereum is only a little above $1,200.

According to the NFT Price Floor, the market value — referred to ask the ‘price floor’ — is only a little under 58 ethereum.

The massive drop in value of Bieber’s NFT appears to be related to the collapse of FTX, which sent cryptocurrency values plummeting.

Many NFT owners also reportedly panic-sold them in hopes of recouping as much of their purchase price as possible while prices continued to slide. 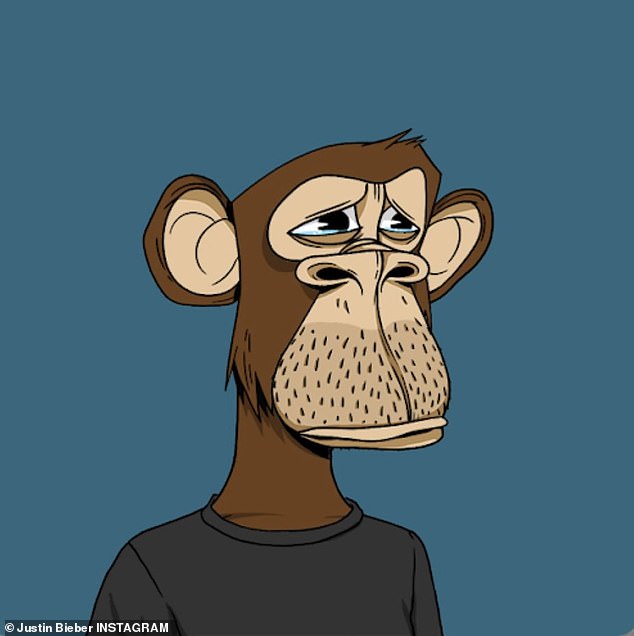 Collateral damage: The value of Bieber’s Bored Ape (pictured) has dropped 95 percent following the crash of the cryptocurrency exchange FTX earlier this month 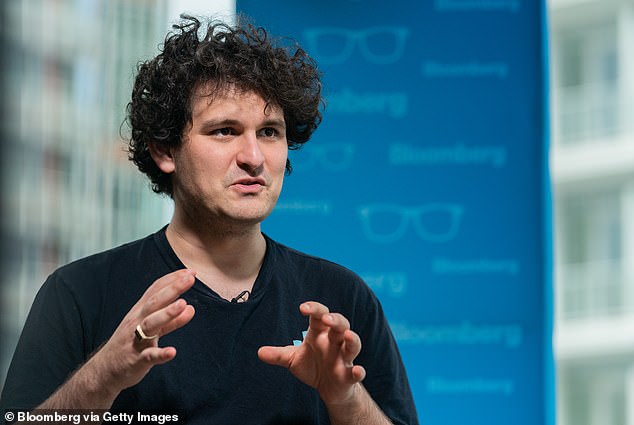 House of cards: Sam Bankman-Fried’s FTX suffered a liquidity crisis after it was revealed that his trading firm Alameda had most of its holdings in FTT, a coin invented by FTX, meaning it wasn’t safe or stable; Bankman-Fried seen in August

The complicated saga of FTX collapse centers around its co-founder Sam Bankman-Fried.

In 2017, he launched the crypto trading firm Alameda Research, and then followed that up two years later by creating the exchange firm FTX.

But a report released earlier this month from CoinDesk indicated that most of Alameda’s holdings were in the crypto coin FTT, which had been invented by FTX.

Since FTX did not have a base of a more stable and reliable currency, the rival exchange Binance then withdrew around $530 million worth of FTT, which led other investors to also try to withdraw billions of dollars worth of assets from FTX.

A deal for Binance to then buy the struggling FTX was subsequently announced and then swiftly canceled over due diligence concerns, which forced FTX to file for Chapter 11 bankruptcy as it struggled to fulfill withdrawal requests at the same time that the value of FTT continued to plunge. 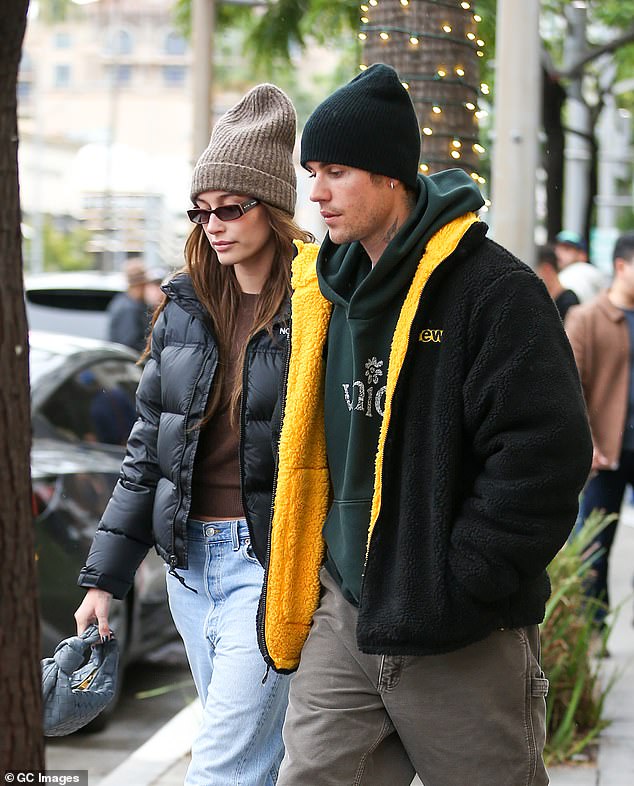 Buying high: Bieber’s loss is even more significant, as he paid 300 percent more than the ape was reportedly worth, according to Page Six; seen November 7 with Hailey Bieber

The loss of value for Bieber’s Bored Ape is even more significant because he paid significantly over market value.

The $1.3 million price he paid was 300 percent more than its reported value at the the time of his January purchase, meaning that it could have cost as little as $208,237, according to Page Six.

Bieber shared a photo of his ape to Instagram when he announced the sale, while including lyrics from his song Lonely in the caption.

‘What if you had it all, but nobody to call, maybe then you’d know me. Cuz I’ve had everything but noones listening and that’s just f***in lonely. #lonelyboredape,’ he wrote.

The ape — specifically Bored Ape Yacht Club #3001 — was also derided at the time by collectors, as the already cartoonish figure didn’t even have any of the rare or intriguing characteristics that have drawn some collectors to the NFTs.

While some of the bored apes have wacky clothing or accessories, Bieber’s is particularly nondescript, with a simple gray shirt worn against a dark blue background. 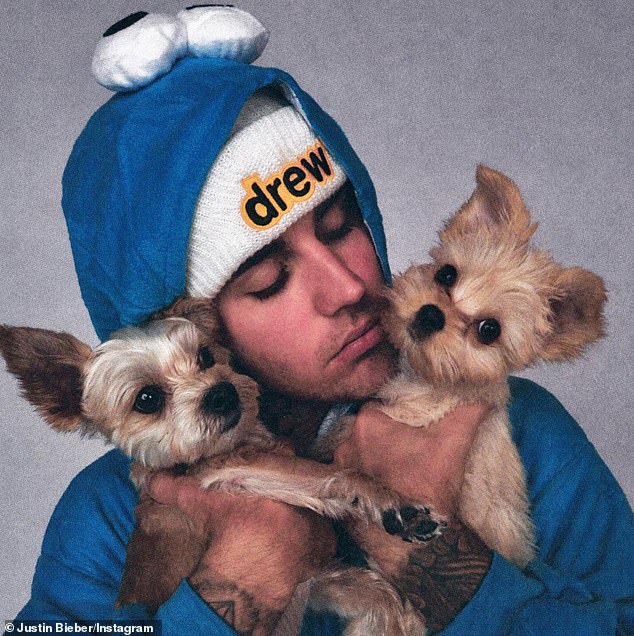 A boring Ape: The ape — specifically Bored Ape Yacht Club #3001 — was also derided at the time by collectors, as the already cartoonish figure didn’t even have any of the rare characteristics that have drawn some collectors to the NFTs

Bieber, who has several other NFTs, may have looked to the ape as more of a status symbol than an opportunity to flip it for profit.

Other stars — including Reese Witherspoon, Eminem, Snoop Dogg, Paris Hilton and Jimmy Fallon — have gone public with their NFT purchases.

Some Hollywood talent agencies have also allegedly urged their celebrity clients to purchase and promote NFTs after adding NFT collections to the client rosters.