Don’t come for KoKo. Khloé Kardashian fired back at a social media user who claimed she didn’t recognize her in a selfie with 2-year-old daughter True.

Khloe Kardashian Through the Years

“Who is that on the right?” the troll commented on the 36-year-old Keeping Up With the Kardashians star’s Instagram photo on Wednesday, August 19. 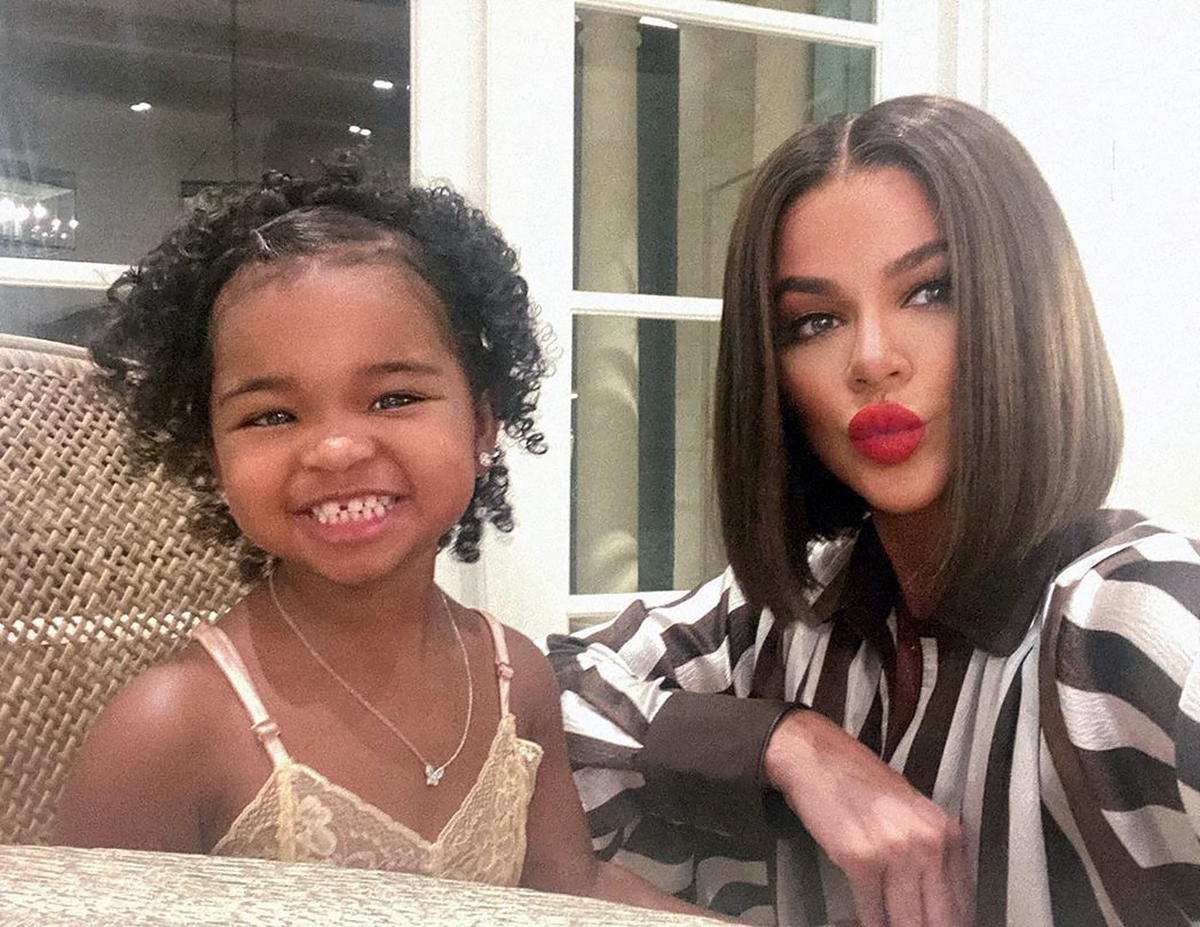 Kardashian quipped back, “Your new step mother. Be nice or get grounded.”

This isn’t the first time that the trolls have flooded the reality star’s comments section with remarks about Kardashian’s looks, but according to a source, she isn’t bothered by what other people think.

“Khloe doesn’t care about the backlash she’s been getting from fans saying she doesn’t look like herself in her recent photos,” the source told Us Weekly exclusively in June. “She thinks she looks great. And actually [she] does not care what people think as long as she’s happy.”

Back in May, Kardashian replied to a fan who inquired about her ever-changing look.

“Why do you look so different in all your photos?” the person wrote.

After another follower commented that her “forehead looks bigger now,” she fired back, “I have no idea what that means.”

Kardashian’s on-again, off-again boyfriend, Tristan Thompson, meanwhile, approves of her pics. The NBA player left two red heart emojis on the Good American cofounder’s selfie with their daughter on Wednesday. Us confirmed earlier this month that Kardashian and Thompson are back on after calling it quits in February 2019 because he kissed Kylie Jenner‘s then-best friend Jordyn Woods.

“Khloé is hopeful that Tristan has changed for good and will continue to grow and be the great and loyal partner that he has been throughout their time together during the [coronavirus] quarantine,” one insider told Us, noting that Thompson hasn’t been working amid the COVID-19 crisis. “The fact that Tristan hasn’t been working or been able to hang out with his friends and other athletes who have previously been a negative influence on him like he used to has been great for their relationship. But when things do go back to normal, who knows what will happen?”

Everything the Kardashian-Jenner Sisters Have Said About Coparenting

A second source added that Kardashian wants to have baby No. 2 with Thompson.

“Khloé would love to give daughter True a sibling because she is at the perfect age,” the insider told Us, claiming that the Cleveland Cavaliers player “is trying to get traded to an L.A./California team.”

The twosome are hoping to buy a home together, per a third source. “Tristan wants to prove to Khloé that he has changed,” the source said. “And wants to make this permanent with a family home.”