The rocker and movie star couple both sported the same white t-shirt, while they went for a romantic walk through the streets of New York.

Imitation is the most sincere form of flattery! Machine Gun Kelly, 31, and his girlfriend Megan Fox, 35, rocked matching black and white outfits, while they were out and about in New York on Wednesday September 8. The pair had an impromptu photoshoot as they left the Zadig & Voltaire store, when it looked like they were stopped by a fan on the street, who took their photo, via TMZ.com. 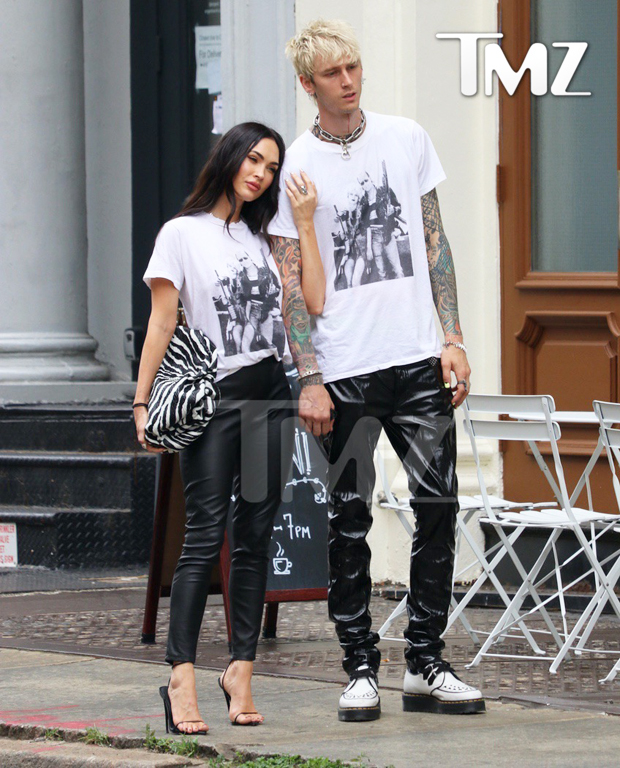 Megan got cozy with the Tickets to my Downfall singer (whose real name is Colson Baker), as they stopped on the street. She rested her head on his shoulder. The pair were both wearing black leather pants and white graphic t-shirts with a black-and-white photo printed on the front. Each of the stars had their own personal touches to the matching outfit. The Jennifer’s Body actress looked gorgeous, as she carried a zebra-print bag, and wore a pair of black high heels. MGK sported a silver chainlink necklace and a pair of white platform shoes. His sleeves of tattoos were also on full-display in the t-shirt. 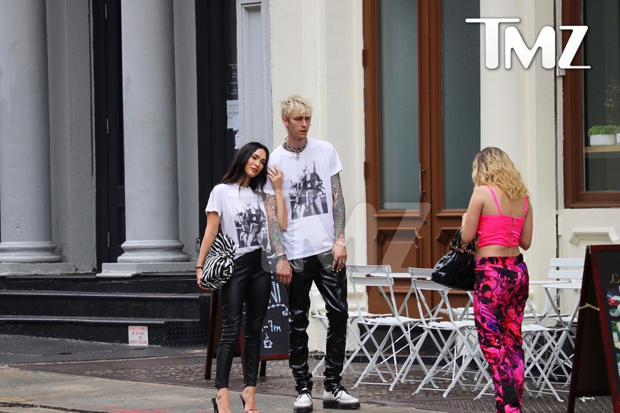 This is hardly the first time that Megan and MGK have worn matching outfits. Back in April, they both rocked blue flannels while on a date night. When Megan starred in the sexy video for the singer’s pop-punk hit “bloody valentine,” the pair revealed that they got matching manicures for the video shoot. The Transformers star said that her beau’s colorful and punk-influenced fashion sense inspires her plan outfits together in a July interview on Jimmy Kimmel Live! “I started [coordinating] with him because he’s such a flamboyant dresser,” she told guest host Arsenio Hall. “I can’t really pull off the sweatpants and yoga gear anymore. I have to elevate myself to his level. He’s always covered in zippers, sequins, or everything’s pink and glowing. So I have to kind of match what he’s doing, so we do coordinate often.”