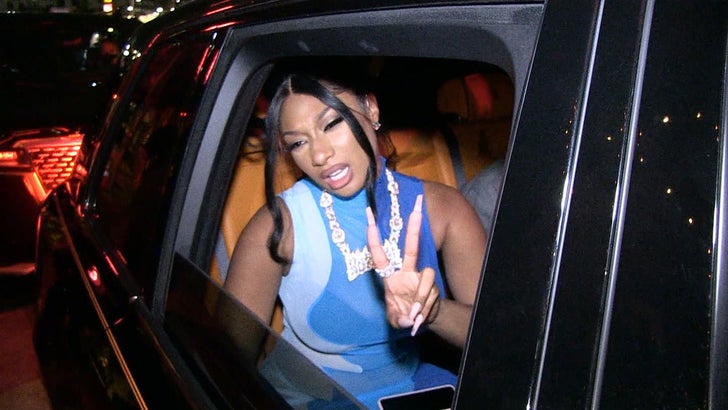 Megan Thee Stallion is squarely contradicting The Weeknd‘s claim that the Grammys are corrupt … but still lending him her support.

We caught Meg Sunday leaving the Highlight Room in Hollywood after a big night that saw her walking away with 3 Grammy wins, including one for Best New Artist. MTS was clearly on a high, pointing out the united front women put on with a record amount of awards.

Not only did Meg win a handful … but her collaborator, Beyonce, tacked on a historic 28th Grammy — making her the leading female artist with the most accolades ever. So yeah, huge night for the ladies.

Oh, and speaking of that, Meg’s got a great take on Lizzo‘s viral moment too. Sounds like Megan aspires to be as candid as she was … which she fulfilled later in this interview.

At one point while she’s still signing autographs from inside her car, someone asks flat out if the Grammy Awards are rigged — and Meg doesn’t make any bones about it … saying “hell no.”

Then comes the natural follow-up question — well, if that’s the case, what about Weeknd’s beef/accusations? There’s no doubt, she’s definitely still got love for the dude — but she ends up putting the matter in terms of winners and losers.