Meghan Markle made a surprise visit when she joined husband Prince Harry for a Major League Baseball game in London on Saturday.

The Duke and the Duchess of Sussex attended a Boston Red Sox vs. New York Yankees game in London, the first-ever regular season MLB game held in Europe. Harry’s Invictus Games Foundation is an official charity partner of the MLB London series.

The new parents were met with applause and congratulatory messages as they met both of the rival U.S. teams ahead of the game, according to video posted on social media.

Harry and Meghan were also gifted mini Yankees and Red Sox jerseys for their son Archie Harrison Mountbatten-Windsor, who was born in May and did not make an appearance at the event, according to The Associated Press.

Red Sox manager Alex Cora ﻿told Fox Sports he was “very very nervous” to meet the royals, but that it was a “great moment for the team.”

“We were pleased to have them in the clubhouse,” he added. 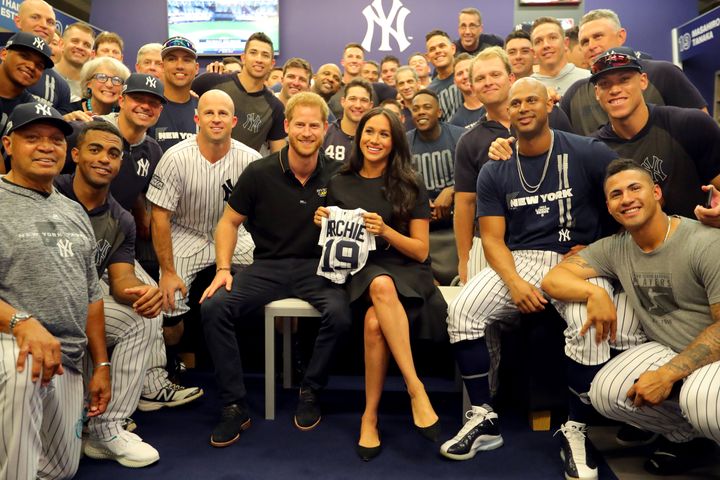 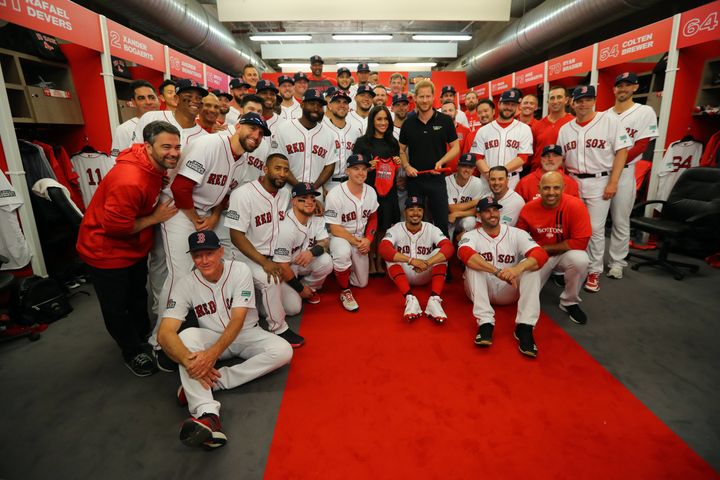 Earlier this month, Meghan made her first official public royal appearance since giving birth to Archie, when she joined Harry at the annual Trooping the Colour, a celebration marking Queen Elizabeth II’s official birthday.

Buckingham Palace announced earlier this week that the Duke and Duchess of Sussex will make an official tour to South Africa this fall. 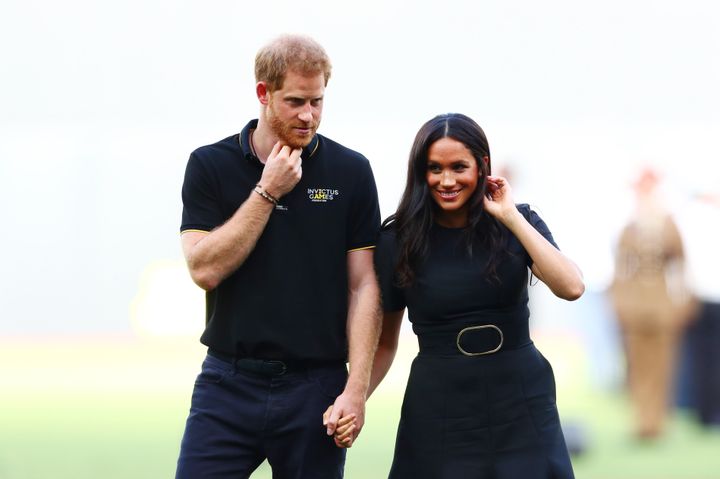