Nicki Minaj, 38, is defending Jesy Nelson, 30, after the release of her video “Boyz.” The Pink Friday rapper appeared in the video, which quickly garnered social media backlash from users who accused Jesy of “blackfishing” — defined as changing her looks to appear more Black or racially ambiguous. Following the drama, Nicki then came to the former Little Mix member’s defense on Instagram Live, calling out Jesy’s former group mate, Leigh-Anne Pinnock, 30, after she allegedly critiqued Jesy in leaked screenshots.

Nicki referenced the DMs that were allegedly sent by Leigh-Anne which accused Jesy of blocking the members of Little Mix via IG Live on Monday, Oct. 11, . “As soon as people can’t get a bag with you they seem to want to stop your bag, Nicki began in the video. “If I was rocking with you for 10 years and there was something so horrible about you … and then as soon as we part ways I was like texting [about] you … immediately that person has to wear a big red clown nose and clown boots.”

The “Starships” rapper continued by addressing the blackfishing claims, stating, “It’s a lot of women out here in the United States that tan, get bigger lips, get all types of s**t done to themselves. I wear blonde hair straight down to my feet, contacts, whatever… as long as you’re not hurting nobody or speaking negatively about someone’s race you should be able to wear whatever you want to.” 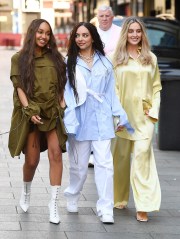 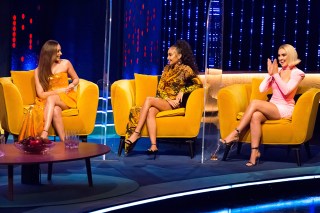 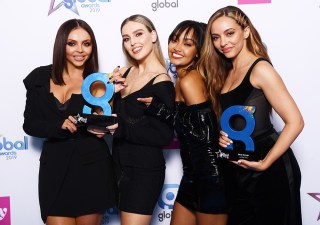 Nicki later went on in the video to condemn those who “try and ruin anyone,” saying, “let her enjoy this time,” when speaking of Jesy. “Print them text messages out, buss that a*s open and shove it up your motherf*****g a*s!” she exclaimed, again referencing Leigh-Anne’s comments. “If you want a solo career baby girl go ahead and say that. You don’t have to attack someone else, if that’s how you felt, why [was] you kiki’ing with her for 10 years?” It screams insecurity, it screams that you’re jealous. And now you just look like a big jealous bozo.” 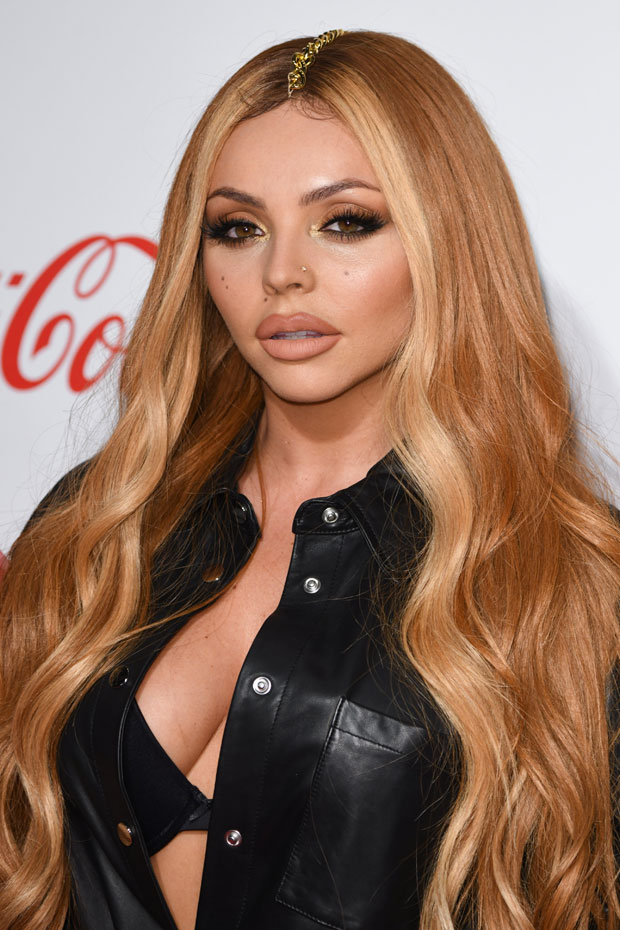 Jesy thanked Nicki’s defense of her, saying that it wasn’t her “intention” to “offend people of color” with the song and with her looks. “I just wanted to celebrate that, that era of music because it’s what I love,” she explained. “Genuinely it actually does really hurt me that I may have offended people and hurt people’s feelings just by celebrating something I love.”