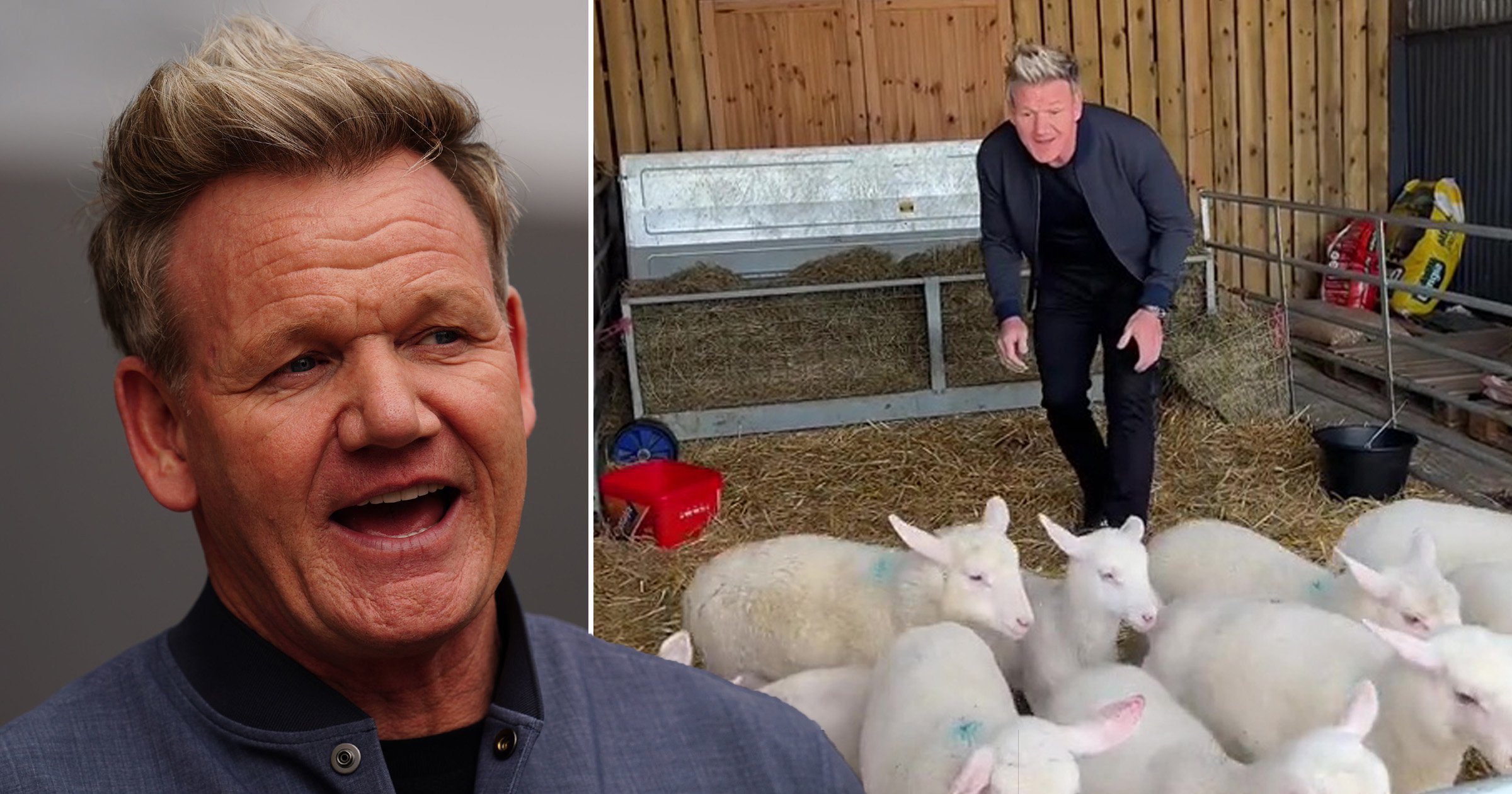 Peta has called for Gordon Ramsay’s children to ‘disown’ him after he posted a video taunting lambs with the prospect of being eaten.

Gordon had angered fans with the video, in which he is seen climbing into a farm enclosure with over 10 small lambs, some of which innocently trot over to greet him.

He is heard saying ‘I’m going to eat you’ in a sing-song voice, before adding: ‘mmm, yummy yum yum yum yum. Which one is going in the oven first?’

The lambs are seen scurrying away as he lands in the enclosure, pointing to one of them and saying: ‘You! Oven time!’

Fans commented on the TikTok post, writing: ‘Ok I am not a vegan or vegetarian but that crosses the line.’

Others added: ‘That’s actually kinda sad’ and ‘I like you and all but you better not be serious.’

Another wrote: ‘Those beautiful little babies , what people will do for views. It’s a sad world we live in.’

Peta (People for the Ethical Treatment of Animals) had the most damning verdict on the video, as the animal rights non-profit organisation called the TV chef ‘callous’ for the insensitive post.

Elisa Allen, Peta UK’s Vice President of Programmes told Metro.co.uk in a statement: ‘Gordon Ramsay is a callous man who makes a fool of himself: intimidating gentle lambs is loutish, not amusing.

‘What would be funny is if his children went vegan and disowned him – much in the way Elon Musk’s daughter disowned her father.

‘Those lambs are just babies who want little from life but the chance to live it and not end up in this moron’s – or anyone else’s – mouth.’

Many fans also suggested Gordon’s video could anger the ‘vegan teacher’ TikToker who wrote a song encouraging him to give up eating meat and animal products.

He had duetted her video as he munched on lettuce leaves, before taking a huge bite out of a beef burger and calling the woman a ‘vegan doughnut’.