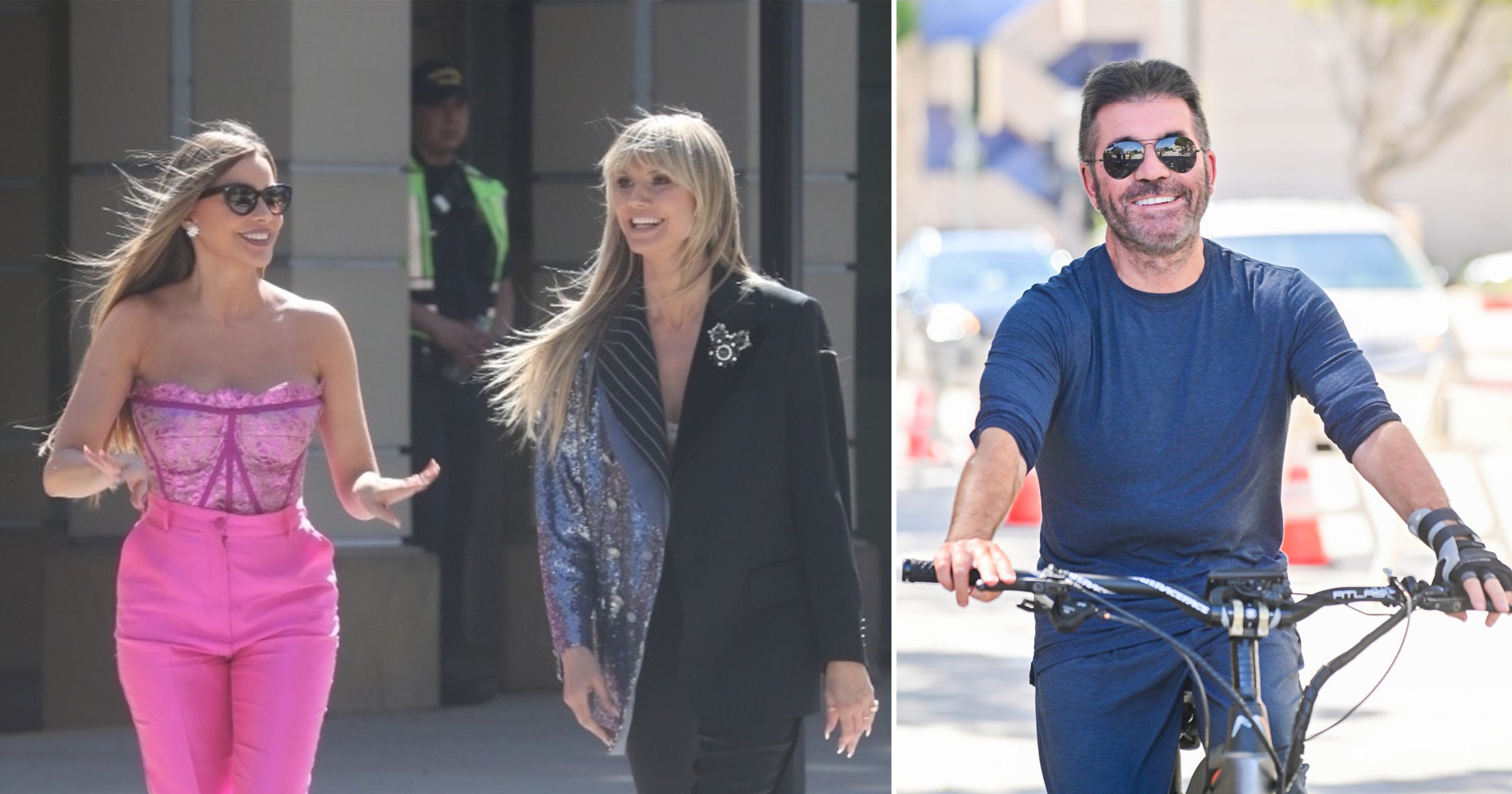 Simon Cowell couldn’t wipe the smile from his face as he hit the streets of LA on a bike.

The Britain’s Got Talent judge, 62, was rushed to hospital at the beginning of the year after a terrifying bike crash – which saw him break his arm and suffer a concussion.

He previously broke his back after falling from his E-bike in August, 2020 – but insisted that his ordeal ‘wasn’t that bad’.

Despite son Eric wanting him to steer clear of getting back on two wheels, the music mogul was all smiles during a bike ride while filming with Sofia Vergara and Heidi Klum.

The dad-of-one looked cool, calm and collected as he rode through the streets of Pasadena, donning a long sleeve navy top and matching trousers for the day – complete with black sunglasses.

At one point, he could be seen pulling up to his America’s Got Talent co-stars, who were in a car, as they had a chat.

Another picture showed Heidi and Sofia, who donned an eye-catching bright pink outfit, speaking as they swapped the car for the bike themselves.

It is not clear what they were filming, but we can’t wait to get a proper look at whatever went down.

Simon has had a tough time when it comes to bikes, breaking both his back and his arm in recent accidents.

But he has no plans to ditch his wheels – much to Eric’s annoyance.

‘I actually went on one the other day, I was somewhere where I wasn’t on a road and I took my bike with me, and I actually thought, “I need to get back on my bike”, he previously told the MailOnline. ‘Then Eric saw me and went crazy! He was so mad, he made me walk it.’

‘I’ve always been very accident prone! Luckily it wasn’t too bad so you learn something from it. But you won’t get me off the bike.

‘We were at a hotel so he made me walk it back to the restaurant and then to our room. It’s like role reversal going on now, I’m now the child and he’s the parent, it’s hysterical.