Sir Mo Farah has revealed he’s ‘still looking for answers’ after he opened up for the first time about being trafficked to the UK.

The Olympian received an outpouring of love after revealing he was trafficked into the country as a child and treated like a servant by the people he initially lived with.

He bravely confronted his trauma in his documentary The Real Mo Farah, but it hasn’t answered all of his questions.

Chatting to Metro.co.uk, Sir Mo said it had been a ‘relief’ to tell his story, but added: ‘There are still answers I’m still searching [for].’

As for what he’d still like to find out, Sir Mo went on: ‘There’s a lot of stuff – why, how, and you’ve got some of those answers from the doc but I’m still kind of thinking, why did it happen that way? Or how did it happen? But it was just nice to share a story and show how it happened.’

The athlete added: ‘It’s been overwhelming, honestly. For so many years you put it at the back of your mind and just want answers.

‘It was a tough journey but seeing so many people who are in that situation and giving people hope – when I first started, I thought I was the only one but I’ve realised that I’m not, there’s other people out there.’

The four-time Olympic Gold medallist first opened up about what he’s been through in July, explaining he was brought to the UK under another child’s name, and told he was going to live with relatives – only to be treated like a servant when he arrived. 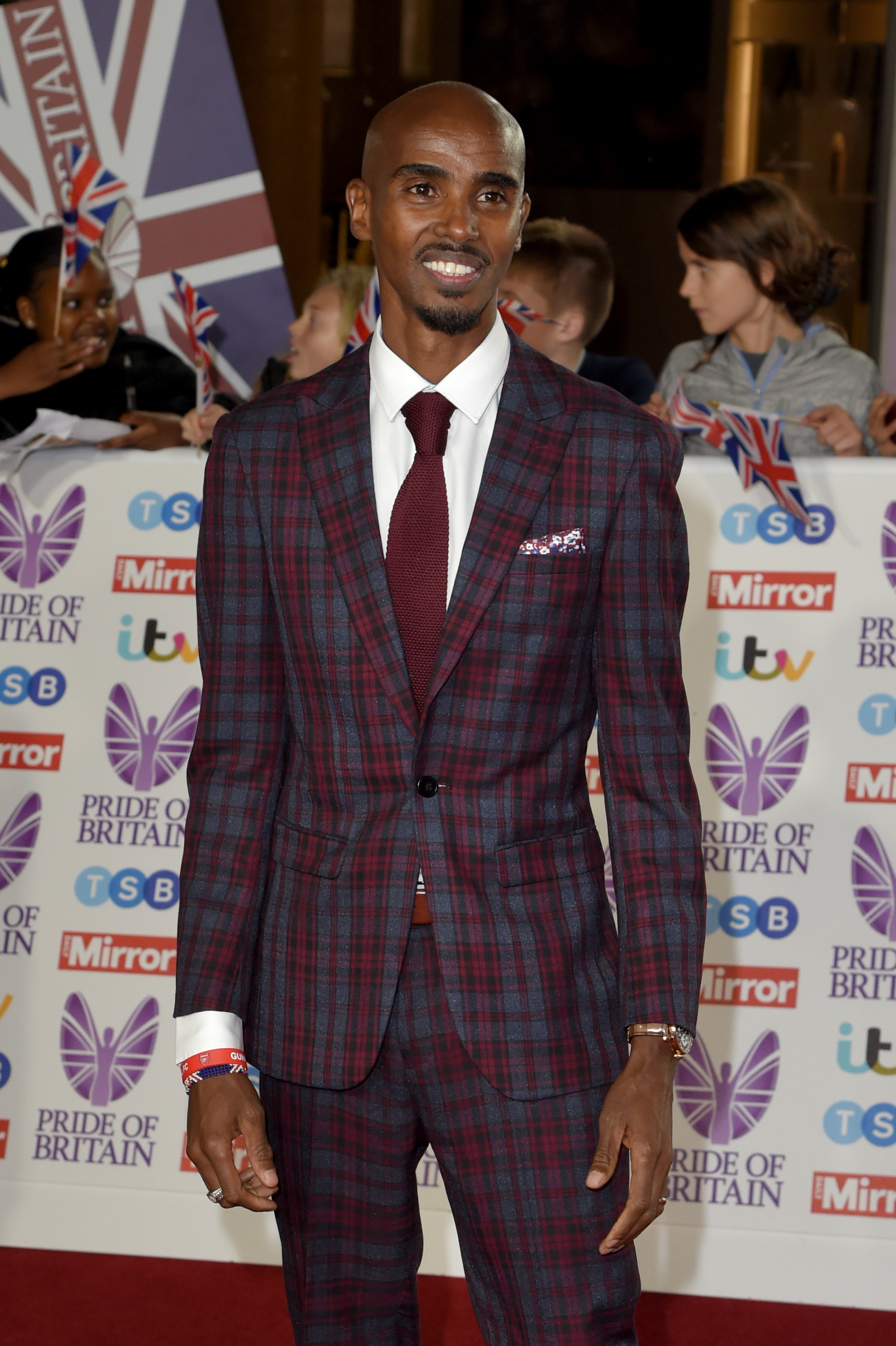 ‘Most people know me as Mo Farah but it’s not my name or it’s not the reality,’ he said.

‘The real story is I was born in Somaliland, north of Somalia, as Hussein Abdi Kahin. Despite what I’ve said in the past, my parents never lived in the UK.

‘When I was four my dad was killed in the civil war, as a family we were torn apart.

‘I was separated from my mother, and I was brought into the UK illegally under the name of another child called Mohamed Farah.’

During the documentary, he visits his childhood home in Hounslow, but it holds difficult memories for him.

The Olympian said he thought he was going to Europe to live with relatives and went through a passport check at the age of nine under the name Mohamed.

‘I had all the contact details for my relative and once we got to her house, the lady took it off me and right in front of me ripped them up and put it in the bin and at that moment I knew I was in trouble,’ he recalled.

‘If I wanted food in my mouth my job was to look after those kids, shower them, cook for them, clean for them, and she said, “If you ever want to see your family again, don’t say anything. If you say anything, they will take you away”.

‘So she told you don’t talk about anything otherwise I was in big trouble and I guess for me the only things that I could do, in my control was to run away from this was get out and run,’ he said.

Sir Mo eventually opened up to his PE teacher, Alan Watkinson, and he moved in with his friend’s mum Kinsi, who ‘took great care’ of him.

Alan applied for Sir Mo’s British citizenship and he received his citizenship on July 25, 2000, when he was 17.

Sir Mo, who became the first British track and field athlete to win four Olympic gold medals, said his children motivated him to be truthful about his past.

‘Family means everything to me and you know, as a parent, you always teach your kids to be honest, but I feel like I’ve always had that private thing where I could never be me and tell what’s really happened,’ he said.

The Pride of Britain Awards celebrate the nation’s unsung heroes, with stars including Michael Sheen, Holly Willoughby, Phillip Schofield, Dame Kelly Holmes, Sir Mo Farah and the Lionesses attending to support the cause.

The Daily Mirror Pride of Britain Awards will air on ITV on October 27 at 8pm.