Steph McGovern is expecting her first child, who is due in November, with her partner, and has been on maternity leave from BBC Breakfast for the past few weeks.

But the show is still on her mind as Steph revealed she was celebrating eight years on the programme yesterday.

The expectant mum said she had “just realised” the milestone as she said she “loves” her job.

Steph re-shared a message from three years ago when she celebrated five years in her role.

Time flies when you love your job!

Along with the post was an old image of Steph reading her very first headline.

The pregnant star looked remarkably different as she sported longer blonde tresses, in a bob hairstyle.

She said in the original upload: “5 years ago today I made my first appearance on @BBCBreakfast – this is me reading my very first headline.”

Many of Steph’s 377,600 followers commented to compliment Steph on how she has aged over the years.

“Steph, you looked good back then, but you look even better now,” one wrote. 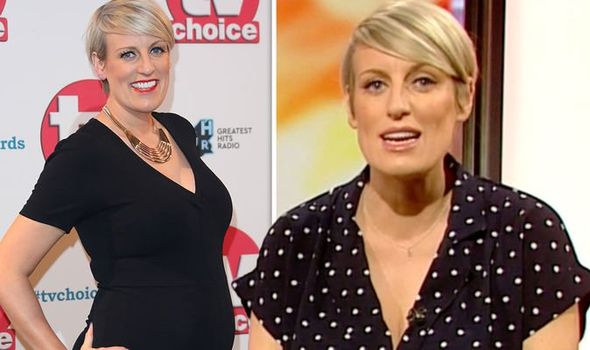 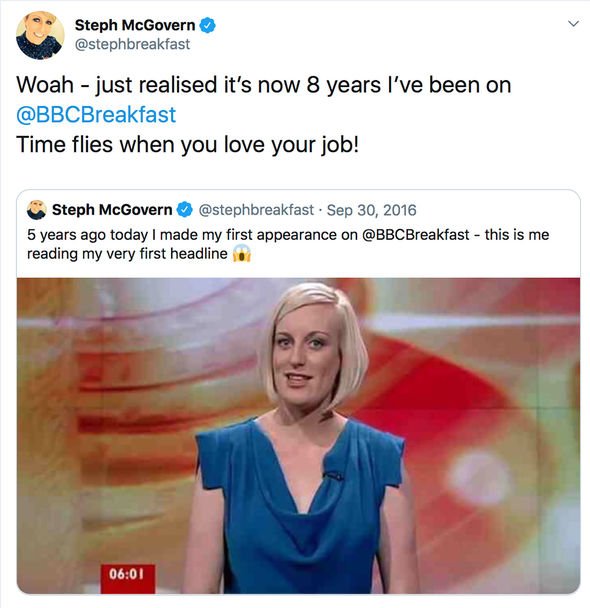 Another praised: “We love your presenting Steph!! Scary how time flies as it literally seems like only yesterday you started on breakfast.”

A third gushed: “You’re my favourite celeb on TV x so lovely and down to earth really BRILLIANT!!!! xxxx.”

The day before, Steph revealed how her pregnancy journey is going, and told her followers she had received help whilst out and about.

Steph praised railway staff for offering to take her bags whilst she got on the train.

She wrote: “Aww thanks so much to the lovely @LNER staff at York station who just helped me on the train with my bags #babyonboard.” 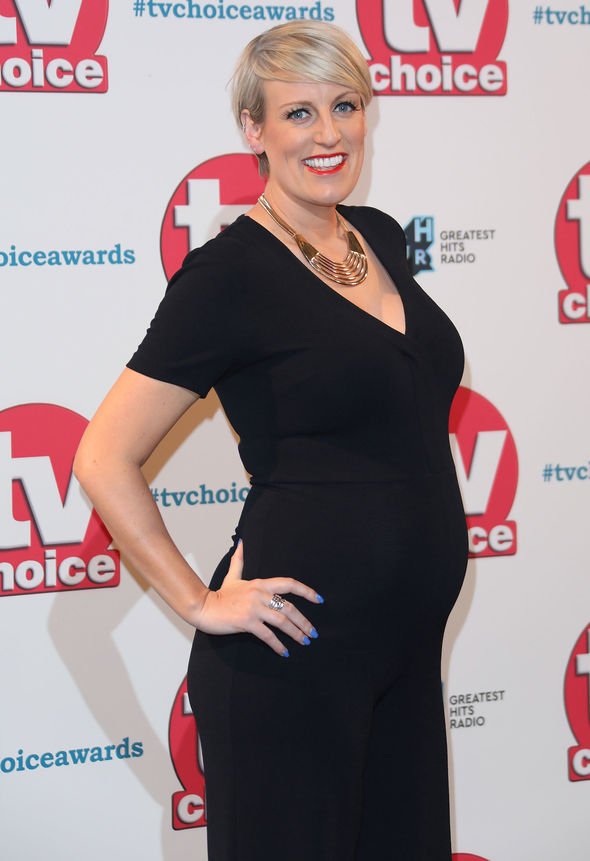 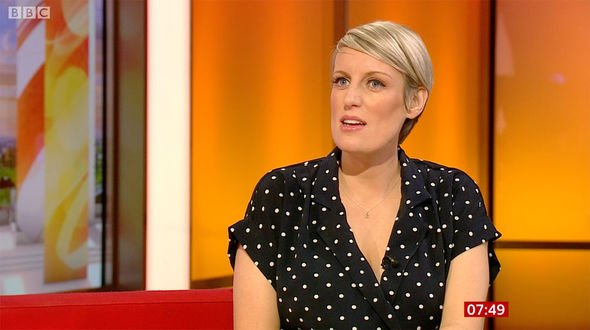 London North Eastern Railway replied to Steph, commenting: “I hope you both have a magical journey!”

The Watchdog star addressed reports surrounding her pregnancy back in July, where she confirmed the news on Twitter.

She wrote: “I see my news is out! Yep, I am no longer with pot belly… I am now with child #babyonboard.”

Shortly afterwards, the news presenter said she was having a “rough start” to her pregnancy.

BBC Breakfast star airs weekdays from 6am on BBC One.