Tekashi69‘s ratting out his former fellow gang members in the Nine Trey Bloods, testifying they delivered a beatdown on Trippie Redd … an alleged rival gang member

The rapper’s on the stand, nervously, for his second day of testimony and opened up about his beef with Trippie … who he says was with another set of Bloods, along with Casanova. Tekashi testified he and Trippie were on the same label and did a track together, but there was a lot of jealousy that led to online disputes … and then physical violence. 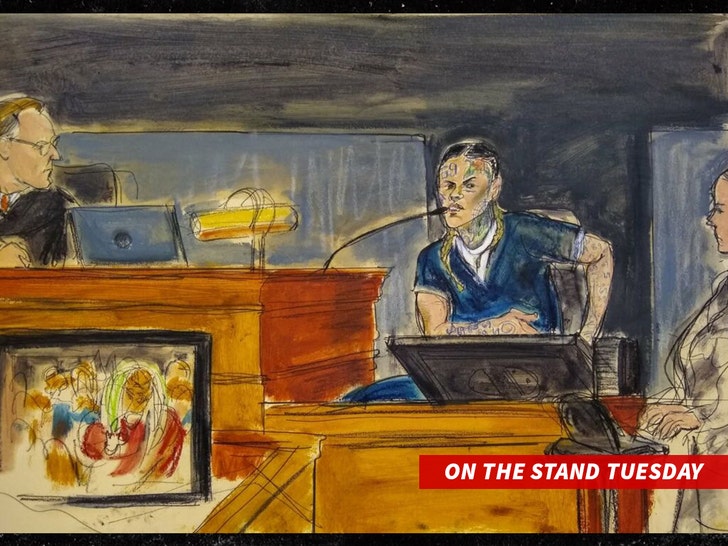 6ix9ine says he told his former manager, Shotti, he wanted something done to Trippie … Shotti said he’d get the gang on it, and they orchestrated an attack on the rapper at his hotel. Tekashi says he stayed inside the vehicle while the attack went down.

Tekashi testified defendant Anthony “Harv” Ellison punched Trippie in the mouth, and from that point on, he used Harv as his bodyguard.

There’s a lot more, including Tekashi talking about the shooting of another gang member named Snow, and a brawl that went down at a tribute party for A$AP Rocky‘s manager in which he claims Billy Ado stabbed a security guard.

He also describes what led to his infamous fight at LAX.