“Simply holding a job doesn’t entitle you to keep it. You’ve got to deliver,” Suraj Patel says in his first ad of the 2020 campaign. 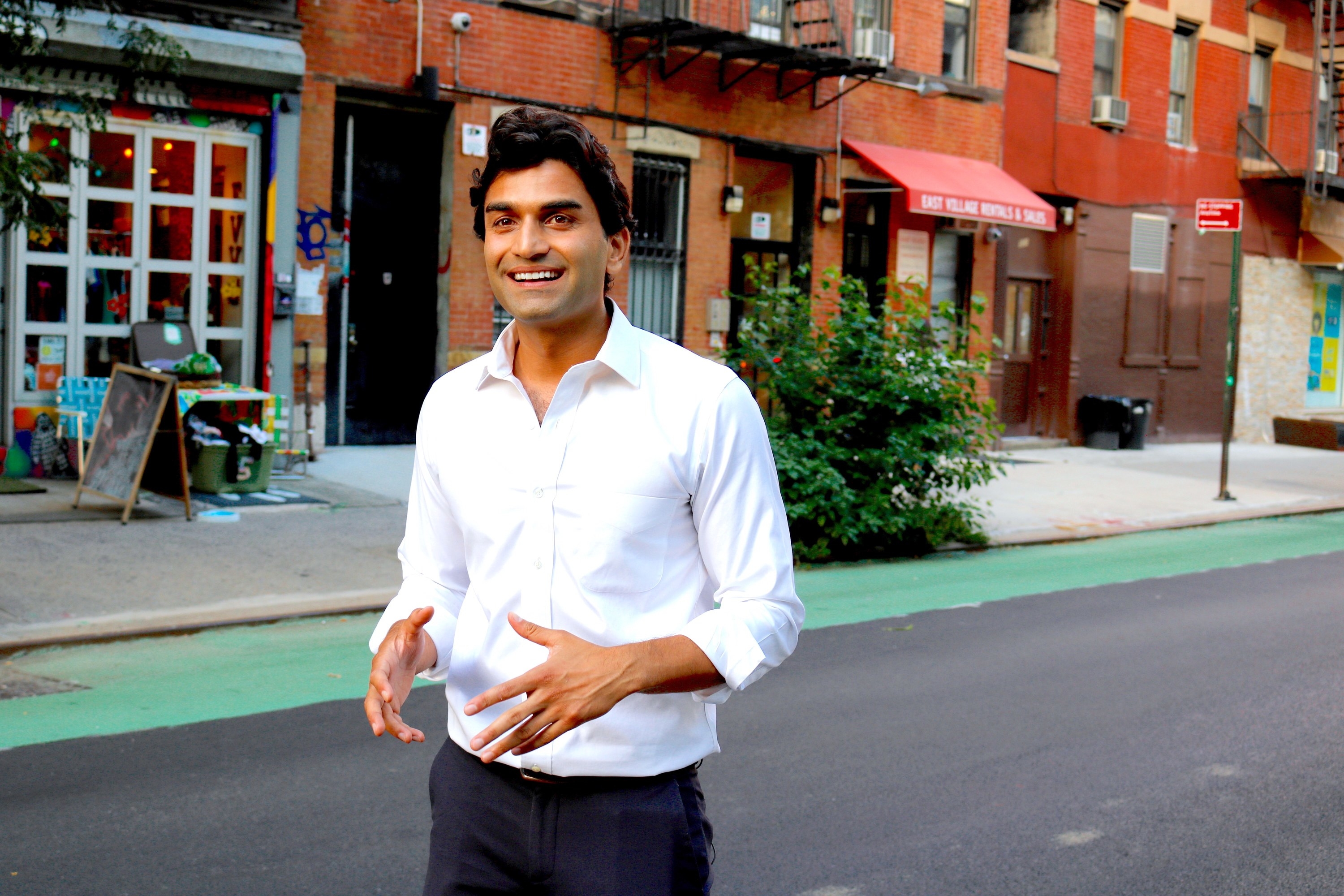 WASHINGTON — Suraj Patel is officially throwing his hat in the race to unseat Rep. Carolyn Maloney, in what promises to be a closely-watched rematch for a New York City congressional seat.

Last cycle, Patel launched a competitive campaign against Maloney, who has served for more than 25 years in the House of Representatives. Patel’s 2018 campaign came at a moment when several political insurgents dominated Democratic state and federal primaries — the most popular one being Rep. Alexandria Ocasio-Cortez who upset Joe Crowley, a long-standing New York City representative and member of House leadership.

Patel’s second campaign against Maloney will reintroduce the public to the 35-year-old attorney, with a two-minute video, a copy of which was obtained in advance by BuzzFeed News. The ad begins with the candidate’s take on New York City’s deteriorating transit system, which has become the bane of the city with riders frequently tweeting “fix the subway” at local politicians.

“When I was five years old, I can remember my dad coming home after working the night shift fixing these tracks,” Patel says in the opening of the ad. “And he jokes to me, ‘they’re pretty much in the same condition.’”

The video speaks to a new campaign strategy that focuses on Patel’s personal story; he was born to small-town farmers from India who worked their way from nothing to contract and franchise multiple motels throughout the Midwest. They would return to their humble beginnings after the 2008 recession.

“I’m a big believer in the American dream,” Patel told BuzzFeed News. “I’ve lived it. I know the power of education and hard work.”

Patel, who previously worked as an Obama campaign staffer, secured 40% of the vote against Maloney in their 2018 congressional matchup. The attorney and NYU professor bested Maloney in the more progressive parts of New York’s 12 District but fell short on the Upper East Side of Manhattan — which historically houses many of the city’s wealthiest residents (President Donald Trump’s primary private residence, Trump Tower, is among the many iconic New York properties in the district).

“I think we’ll make a more concerted effort to talk to people across every income bracket and every zip code in that district and say that you deserve activism representation as much as young people,” Patel told BuzzFeed News over the phone Tuesday. “Let me be frank. I think, If I learned a lesson from the last campaign, it’s a bit of humility. We admittedly, sort of, didn’t do a good enough job of explaining to the older voters what change meant.”

Patel raised more than $1 million for his 2018 race, which became an issue in the primary when Maloney criticized his fundraising success by saying many of his donors had the same name, Patel. The challenger told BuzzFeed News at the time that Maloney should know not all people with the same last name are related. “I guess I didn’t realize Rep. Maloney hired Steve Bannon as her campaign strategist,” he said.

During his last run, Patel made news and drew some heat for campaigning on dating-apps like Tinder and Grindr, — a strategy he called “Tinder-banking,” which volunteers use to solicit young voters. But this time, Patel said he’ll probably focus on other campaign strategies like arming coffee stands with logoed coffee cups that promote his campaign, holding town halls throughout the district, and sending traditional mailers. 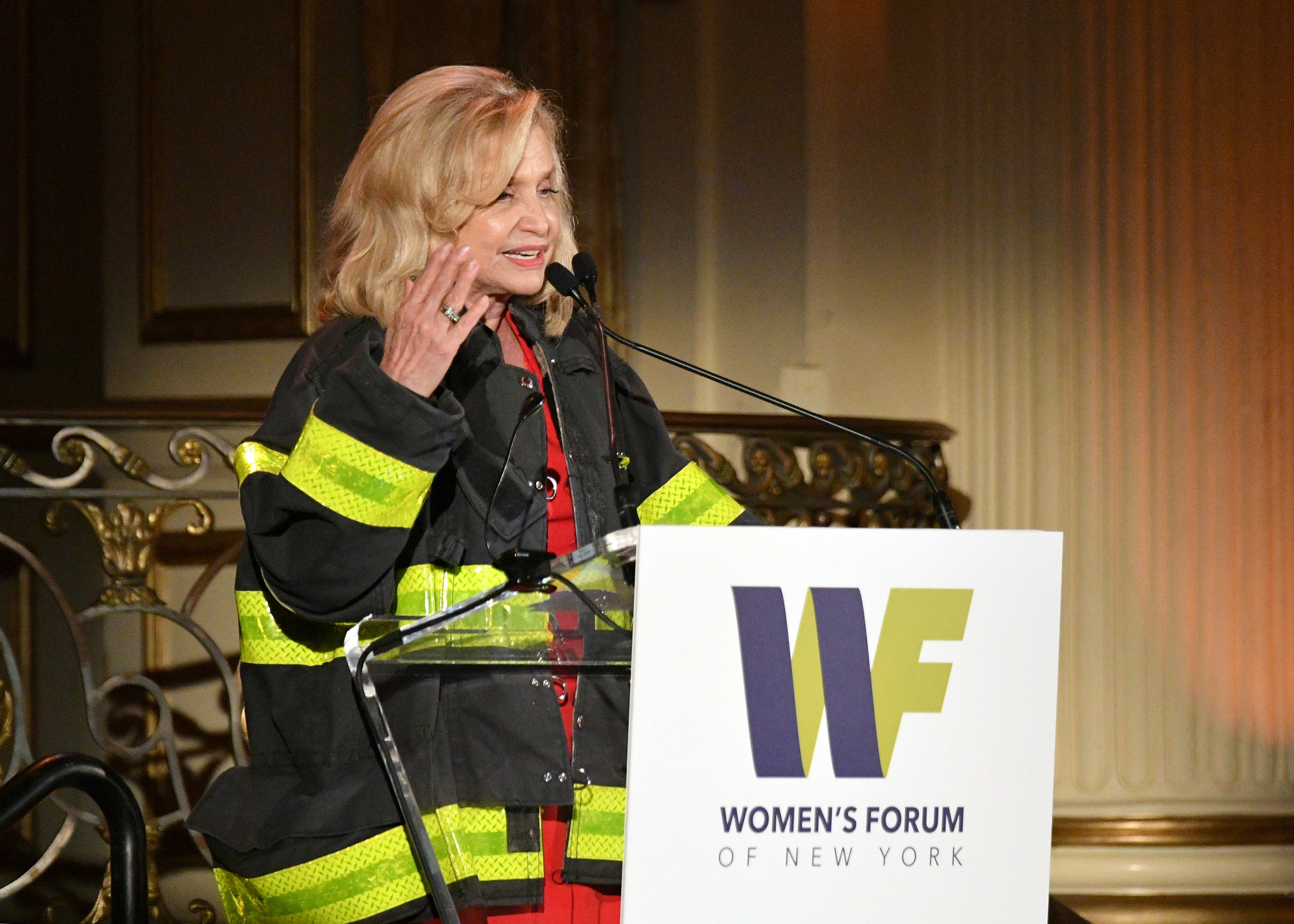 In his announcement video, Patel says that “simply holding a job doesn’t entitle you to keep it. You’ve got to deliver,” and argues that the district hasn’t seen “real progress” in the nearly three decades Maloney has been in office — though he does not mention her by name.

Maloney, 73, first came to Congress in 1993. Most recently, she made news as one of the lead House sponsors who successfully pushed to renew the 9/11 victims’ fund, which provides health care and other benefits for first responders and survivors of the attack. For six months before the bill passed, the congresswoman wore an authentic New York firefighter’s jacket to honor victims and bring awareness to the pending legislation.

In the video, Patel also makes the case that upward mobility in New York City is becoming the exception and he touts some national progressive issues as well, including the Green New Deal, fairer taxes, defunding ICE, and debt-free college as part of his platform.

While Patel thinks of himself as “much more progressive than Carolyn Maloney,” he said he considers himself an Obama Democrat. “Do I consider myself part of the progressive movement? Totally. But am I lockstep with everything? Absolutely not,” he told BuzzFeed News.

“If this progressive movement is going to grow and going to actually change the country beyond just a few perfectly drawn districts for young progressives to win, then we’re going to have to figure out how to bridge and make arguments to people who have, in some cases, a little more to lose by changing the current system than not.”

Patel is the fourth contender to announce a primary bid against Maloney, following Lauren Ashcraft, a project manager and stand-up comedian, attorney Erica Vladimir, and housing advocate Peter Harrison. Dawn Smalls, another former Obama staffer who is also rumored to be eyeing the seat opened an exploratory committee in July.