The Pioneer Woman had a good time showing home cooks how to make a delicious salad. One of the ingredients required using hot oil. Ree Drummond shared an important cooking safety tip that’s important to keep in mind when making meals at home.

Drummond took time to demonstrate her recipe for fried green tomato caprese on The Pioneer Woman show. She says fried green tomatoes are a great appetizer. They can be eaten as a snack or with lunch or dinner. Drummond suggests a creamy dill dipping sauce to go with the tomatoes.

Drummond’s salad is quite a treat. Some of the ingredients you’ll need for this recipe are eggs, mozzarella cheese, green tomatoes, eggs, and panko bread crumbs. 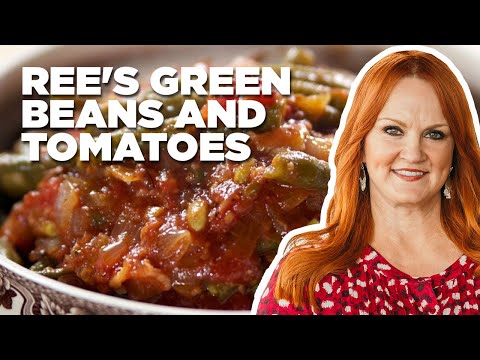 Drummond’s recipe requires frying the green tomatoes in a pan of hot oil. Drummond stops to share an important cooking safety tip. She says it’s important to remember this tip if you’re cooking around small children.

“Be careful,” warns Drummond on her show. “Remember, whenever you fry with oil, if you have little kids anywhere nearby, put [the pan] on the back burner. I used to do that when the kids were little.” Placing the pan on the back burner will reduce the chance of having a kitchen accident. If the pan is toward the front, it’s possible a small child could knock it over and burn themselves.

Drummond has had quite a few kitchen mishaps. A rat ran across the kitchen floor during filming, a wooden spoon (she calls the spoon Woody or Mr. Spoon) was set on fire, and more. There was also the time Drummond set a pan of s’mores on fire.

Drummond was making a pan of s’mores toast for an episode of The Pioneer Woman show. However, The Accidental Country Girl had a small accident. She was planning to put the s’mores in the broiler and wait until they became golden brown. However, her snack got a lot more than golden brown. When Drummond removed the s’mores from the broiler, they were on fire. She jumped into action, took the pan out, and placed it on the counter so she could blow the flames out. “I had no idea [the broiler] was so hot!” Drummond exclaimed.

Drummond took to Instagram to comment on her kitchen disaster. She thought it was funny that she said she didn’t know the broiler was so hot. Drummond also thanked Food Network for showing what really goes on in her kitchen. She admits she isn’t perfect and things don’t always go as planned.

“It’s like saying I had no idea the swimming pool was so wet,” jokes Drummond. “Also, kudos to Food Network for keeping this stuff in my shows now and not editing it out. I think they realized along the way that if they edited it all out, there wouldn’t be enough footage for a full 30-minute show because well…this happens more than you’d think.”

RELATED: What ‘The Pioneer Woman’ Ree Drummond Likes About Having Her Kids as Her Film Crew