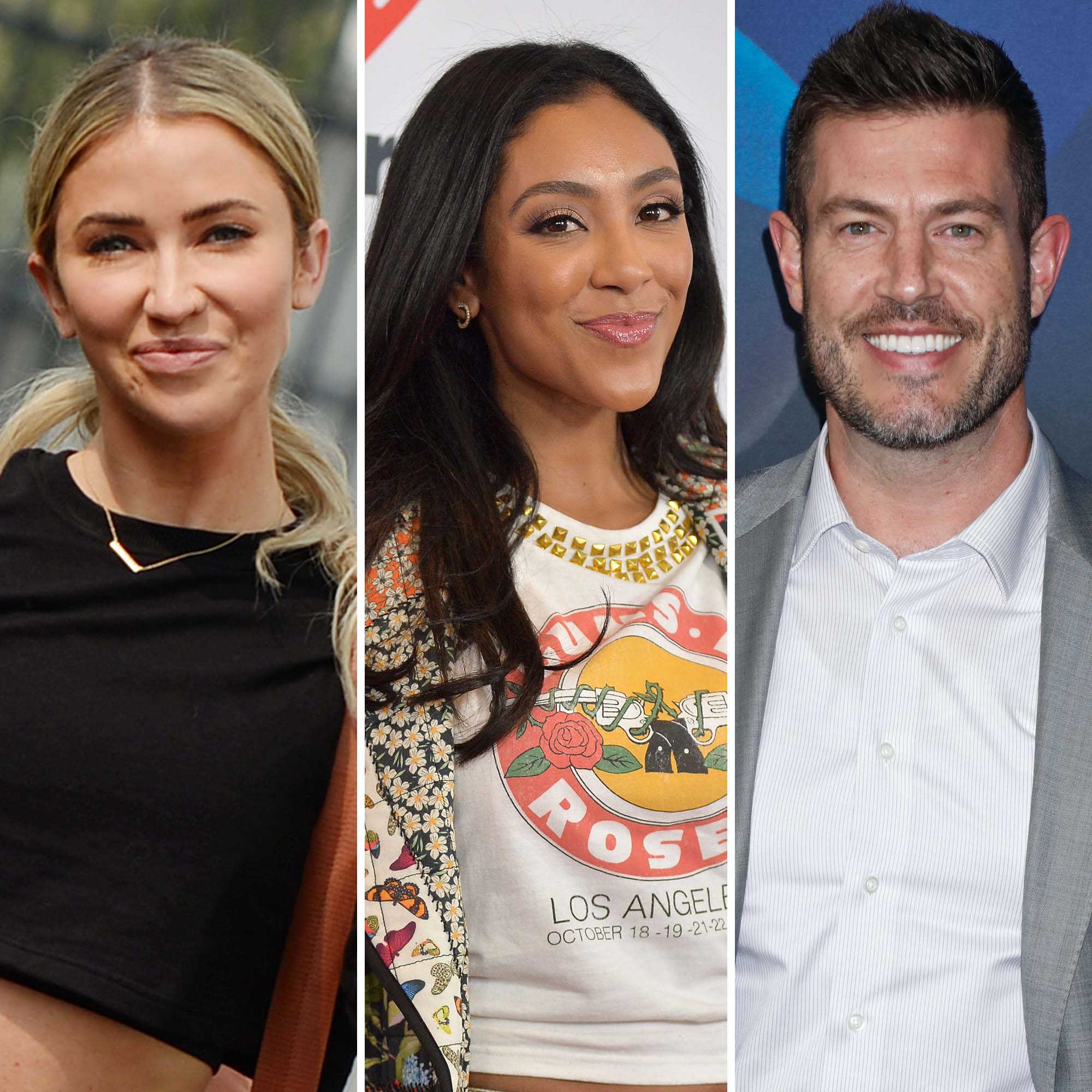 Going a different direction. Kaitlyn Bristowe and Tayshia Adams were “part of the conversation” about who would host the new Bachelorette season ahead of Jesse Palmer’s announcement, a source exclusively tells Us Weekly.

Ready to Go? Everything We Know About Season 19 of ‘The Bachelorette’

“Kaitlyn and Tayshia had a little bit of a heads up,” the insider says, noting that the women “did not learn about them not returning as cohosts on the live [Bachelor] finale” on Tuesday, March 15.

Palmer, 43, took some viewers by surprise when he confirmed during Tuesday’s season 26 Bachelor: After the Final Rose special that he would be running the show when co-Bachelorettes Rachel Recchia and Gabby Windey start season 19.

The choice not to have Bristowe, 36, and Adams, 31, return as cohosts “wasn’t a surprise for them,” according to the source, who explained that the ladies “needed to know in advance for contractual reasons” about the decision.

Former ‘Bachelor’ and ‘Bachelorette’ Leads: Where Are They Now?

The “Off the Vine” podcast host and the California native were told about the personnel change “prior to the announcement,” per the insider, who adds that the former Bachelorettes are “rooting for Gabby and Rachel from afar.”

The former ABC personalities — who searched for love on season 11 and season 16, respectively, of The Bachelorette — cohosted both Katie Thurston and Michelle Young’s seasons in 2021.

Palmer, for his part, stepped in as host for season 26 of The Bachelor after Chris Harrison exited the franchise following season 25 after receiving backlash for his support of Rachael Kirkconnell, who was accused of being racially insensitive in the past. (The former NFL player starred on season five of the dating series in 2004.)

“The decision came at some point throughout this past season that Jesse was a safe choice for the next Bachelorette season,” the source tells Us. “They’re still testing him out for a more permanent role, just like they tested out Tayshia and Kaitlyn for two seasons.”

The insider explains that ABC is currently “trying to get back to more of the Chris Harrison style” with the host, noting that the “doors aren’t closed for good” when it comes to Bristowe and Adams’ participation in the franchise.

The former “Click Bait” podcast cohost, for her part, has maintained a “cordial relationship” with the network, per the source. “The bridge is not burned,” the insider says of Adams’ future with ABC. “She’s been exploring a lot of different avenues and meeting with different people in the industry. She’s looking to continue expanding her career outside of Bachelor Nation.”

However, the season 29 Dancing With the Stars winner has been “more outspoken” on the topic, according to the source after Bristowe claimed that both she and Adams were listed as a “special guest” in the show credits while working as cohosts and Palmer was given the “host” accolade.

“The only resentment that seems to come out of it is their titles and contracts,” the insider tells Us, alleging that it “all comes down to pay,” with the women getting “less pay” because of their titles.

Despite having a few bumps along the way, the decision to name Palmer as the solo host for season 19 of The Bachelorette is “best for everyone,” the source adds. “The feeling all-around is more neutral. Everyone seems to be happy with where things stand.”