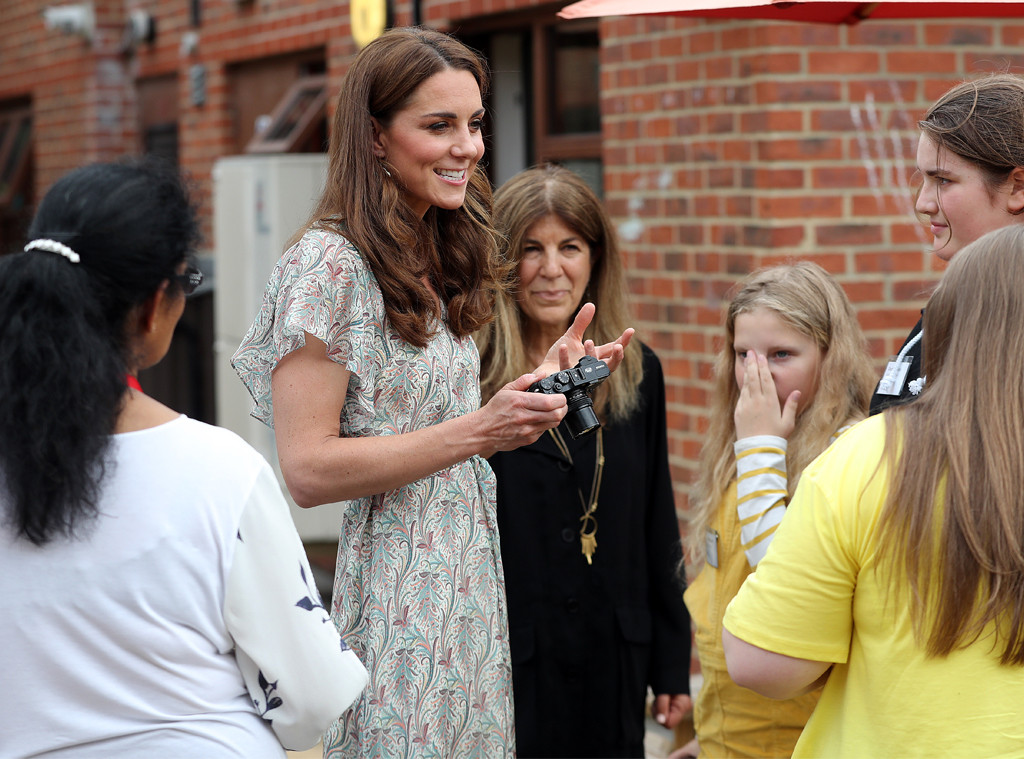 Congratulations are in order for Kate Middleton!

The Duchess of Cambridge was named patron of The Royal Photographic Society on Tuesday.

The position was previously held by Queen Elizabeth II, who fulfilled the role for 67 years.

Shortly after the news broke, the duchess attended a photography workshop at Warren Park in Kingston, England. The workshop was run by The Royal Photographic Society, as well as by Action for Children—an organization that helps children in need and is another one of Kate’s patronages.

The royal arrived wearing a colorful, flowy dress and Castañer wedges. She also wore her hair down for the event and accessorized her look with a pair of hoop earrings.

Kate attended the workshop with kids from Action for Children. The workshops were run by photographers Jillian Edelstein and Harry Borden and covered a variety of topics, including portraits, light and color. Per the Palace, the workshop aimed to demonstrate how photography can help young people express their thoughts and feelings.

Kate’s new patronage and workshop visit should come as no surprise to her fans. The duchess studied art history at the University of St. Andrews. She also curated pieces for the National Portrait Gallery’s exhibition on Victorian photography last year and described herself as an “enthusiastic amateur photographer” in a foreword written for the exhibit’s catalogue. What’s more, she frequently snaps adorable photos of her three children: Prince George, Princess Charlotte and Prince Louis.

The Royal Photographic Society was founded in 1853 with an objective to promote the art and science of photography. While Kate only recently became patron, she was named an honorary member back in 2017.