Imagine all the cultural artifacts the world would be without if The Beatles had never existed. The band scored Nike Air commercials and inspired those T-shirts with four first names stacked atop one another. They’re the basis of a supervillain group in “The Powerpuff Girls” and an entire Cirque du Soleil show. Then there’s that poster from your college dorm room. And Monty Python’s “Life of Brian.” Mop tops. Wu-Tang Clan’s “The Heart Gently Weeps.” That one “Mad Men” episode.

Ironically, without The Beatles, we also wouldn’t have the movie “Yesterday,” a fable wherein the group’s history is inexplicably wiped from the planet during a 12-second blackout.

Opening Friday, “Yesterday” stars Himesh Patel (“EastEnders”) as Jack Malik, a wannabe rock star who avoids the collective amnesia because he is knocked unconscious during the power blip. He awakens to discover he’s somehow the only person with any recollection of John, Paul, George and Ringo. Spotting a chance to boost his listless songwriting career, Jack hijacks “Let It Be” and “I Want to Hold Your Hand” as his own. The world goes mad, because duh: It’s The Beatles. We need their music. Soon enough, Jack is playing sold-out stadiums and wondering whether his newfound success is even ethical.

It’s a goofy but fascinating premise that provides an excuse to revel in The Beatles’ catalog for two hours. It’s also an intriguing project for British screenwriter Richard Curtis, who channels the romantic-comedy charms he brought to “Four Weddings and a Funeral,” “Notting Hill” and “Love Actually” through a fantastical saga about fame and authorship. A lifelong Beatles fanatic, Curtis turned the premise — pitched to him by the film’s producers — into a litany of pop-culture allusions, including a supporting part for Ed Sheeran, playing a cheeky version of himself.

A few weeks ago, Curtis talked to HuffPost about what it was like to write a script using Beatles classics, why Coldplay frontman Chris Martin refused to appear in the film, the Tom Cruise joke that never came to be, Sarah Silverman’s vital contribution and the divisive discourse surrounding “Love Actually.”

Did this project start with the idea of “what would the world look like if the Beatles music were not a part of it”?

Well, no, it starts, in fact, with someone else having that idea. I got a phone call saying this guy Jack [Barth, who has written for “The Simpsons”] has thought of this idea, and I said, “Please let me write it.” Then suddenly my past, like a tsunami, comes over me because I’ve been obsessed by The Beatles since I was 7 years old, standing outside the Continental Hotel in Stockholm, waiting for them to come out onto the balcony.

Had the movie’s producers secured the rights to the entire Beatles catalog before you started writing?

Probably at stage 2, because what happened is, I said, “I would love to see if I can do something off [the premise].” And then I did, for my own satisfaction, a 20- or 30-page version of it, which I never showed anyone. I think it was at that point that I went back to them and said, “Will you see if there is a deal to be done?” Obviously, if the script is horrible, they can say no, but theoretically, if it’s a nice movie with a good director, they’d be interested. And they went for it. 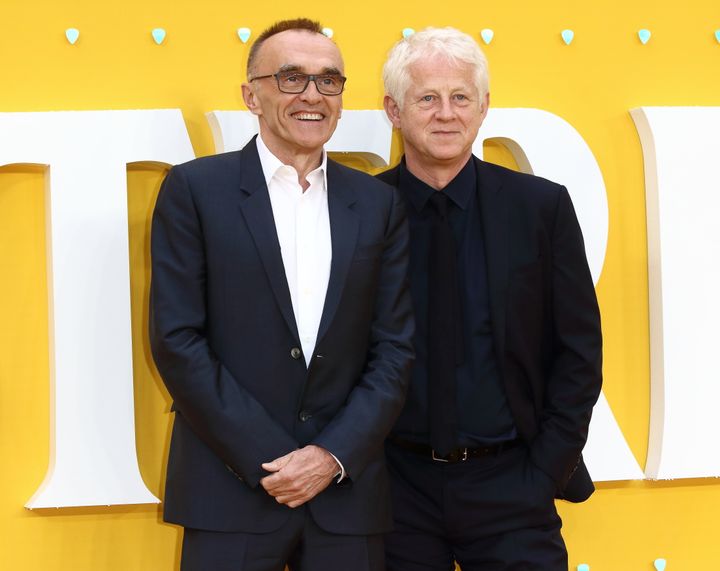 Once the deal was secured, were you at all limited on which Beatles songs you could use?

To get very technical, there’s actually a second thing, because Sony owns all the [John] Lennon and [Paul] McCartney ones, but George Harrison owns his own publishing. But then we did have a choice of all of them. We all felt we wanted a good mix of the three writers, so that was a constraining factor. But otherwise, we let the story dictate the choices.

In some ways, we were quite lucky because one of the issues with it is, how do you choose 15 songs from The Beatles’ catalog? But we really went mainly for the most famous ones because the joke of the movie, in a way, is Jack’s access to these unbelievably famous songs. “This Boy” might be my favorite Beatles song, but we didn’t go for that because people wouldn’t instantly know it. The joke where he sits down at the piano and suddenly plays “This Boy” wouldn’t be as good as the joke we did, where he sits down at the piano and plays “Let It Be.”

Did you always have the idea that a cataclysmic blackout would be what wiped out the memory of The Beatles?

That was one of the big questions: What was that moment going to be? And even though I don’t explain it, there is a rationale. In my head, something happened to the world, which Jack avoids because he’s in a sort of heavy unconsciousness at that moment. Everybody else who was sleeping lightly got zapped, but because his brain is asleep, it therefore doesn’t happen to him. Similarly, the woman and the man who accost him at the end, I assume one of them would have been having heart surgery and the other would have had an epileptic fit. I tried to make up something. And then the truth of the matter was that whatever would have been my idea, I would have let [director Danny Boyle] change it to make it the most dramatic thing.

How did it come to be in your writing process that The Beatles would not be the only thing wiped out from modern history? There’s also no Coca-Cola, no cigarettes, no “Harry Potter.”

One does fictionalize one’s past, so I think what happened was I suddenly realized one day that I could take out some other things and that would be fun. But I also definitely had a conversation with Sarah Silverman, who’s got a credit at the end of the movie. She said, “At the end of the movie, he should find out that no one can remember ‘Harry Potter.’ That’d be a good joke.” So that joke ended the movie, but what I can’t remember is whether I already had the idea that other things should disappear, or whether she said that first. But it was a lovely little thing to play around with.

At various points, there were all sorts of versions of it, and then we ended with a middle ground. There’s a scene on the plane where Jack is looking at an iPad, and my original idea had been that some movie star’s entire career would have disappeared. He was going to look at it and see that “Mission: Impossible” starred Jared Leto instead of Tom Cruise. That one didn’t get through. 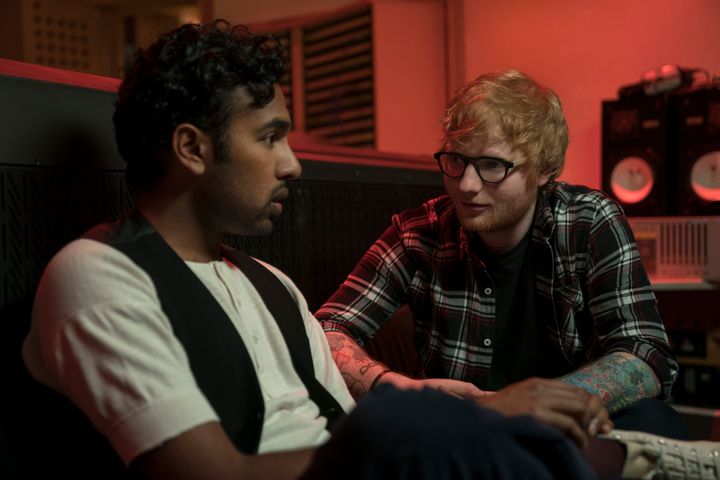 Jared Leto, wow. So at one point a lot more things got erased during the blackout. Did you invent some sort of connective tissue between what was wiped out, or was it just, “This would be a fun thing to throw in there too?”

It was, “This would be a fun thing.” And what happened was, because it was a fun thing, I started to worry that people would start saying, “Oh, what’s next? Are all of the things going to add up to some kind of theory about what’s good and bad?” So, in fact, quite a lot of it was about reining it in, like you would do with an actor’s performance. I just decided this should be an incidental joy. If you do it too much, it’s suddenly going to seem to be what the movie’s about.

A journalist friend of mine pointed this out after we saw the movie: In the “Yesterday” universe, if The Beatles don’t exist, that means “Love Actually” also can’t exist because it uses the song “All You Need Is Love.”

[Laughs] Oh, well, that’s very good. I’m going to take that on now. If anyone else says “what else has happened,” I will say, “‘Love Actually’ is out.” I think the truth is we would have found another song that could have gone into the church scene.

So “Yesterday” canceling out “Love Actually” isn’t a thought that crossed your mind?

No. That is a delightful thought, and it will make many people very happy.

I guess that means you’re familiar with the discourse around “Love Actually”?

I’m familiar with the discourse around all my films. I don’t really care about criticism because if you’re going to be realistic, if you go out to dinner, chances are, if there are 10 people around the table, one person will really like you, three will think you look OK, and six people will be indifferent to you, and one person will not like you. So I’m never quite able to understand why you would expect that, if you produce a bit of work that reflects who you are, suddenly everyone around the table will like you.

That’s a fair and enlightened way to approach that sort of thing, especially since the internet revives the “Love Actually” discourse every single year without fail.

To prove this point, I even met someone who didn’t particularly care for The Beatles.

There you go, there’s diversity of opinion.

Exactly. They said their songs were too polished and didn’t allow you to get into them, that they were so finished that they lacked a roughness that you can grab ahold of. That was an interesting thought. 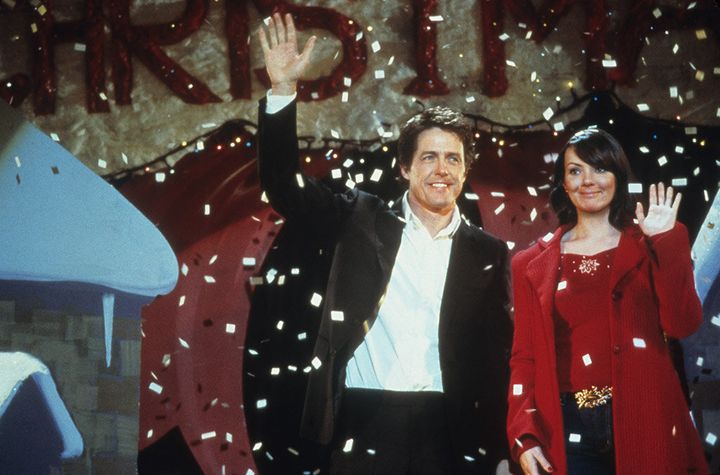 This is an extrapolation, but you could make an argument that some of the references in the film also wouldn’t exist without The Beatles. There’s a Coldplay reference and a Radiohead poster on Jack’s wall. Music might look radically different than it now does.

You could definitely make that argument, and certainly if people stopped smoking, every street would have 3,000 more people in it because they wouldn’t have died.

Yeah, I did think about those sorts of things, but you have to hope that The Kinks would have lasted for another album and the influences would have added up. At the very least, you might lose a Coldplay album, but not the whole oeuvre.

It’s a very specific choice to base a character around a famous person. Did you write the script with Ed Sheeran in mind, hoping he’d agree to participate?

No, originally I wrote in Chris Martin, who’s a friend of mine, because I assumed he would do it. And then he refused. So I introduced Danny to Ed Sheeran, and they got on very well indeed. Danny thought he could see exactly what Ed could do, and then I asked Ed and rewrote it for Ed.

Why was Chris Martin uninterested?

He sent me a very funny video saying, “There’s been a dreadful misunderstanding. My client cannot act. Asking Chris Martin to be in a movie where he has to act is like asking a butcher to do brain surgery on a human being.” He just felt he would not do it well.

Some of Ed Sheeran’s image is a little tongue-in-cheek in the movie. He’s pretty egotistical. Did you pitch him on his entire character arc before writing him in?

I just said to him, “We’re going to take the piss out of you and it’ll be great if you could write a song for the end.” And he said, “Well, that sounds fine.” He’s very relaxed, and he was very keen on doing a chunky bit of acting because that’s something he’s interested in. He did really well, and Danny loved the experience. He committed himself to the rehearsals and everything. The fact that he was also on tour in the U.K. and we could steal his audience for the final scene was a major bit of luck to the production. It probably saved us a million pounds.

This interview has been edited and condensed.