Another day, another royal housing scandal to keep up with. On top of there being some mild drama between the Cambridges and Princess Eugenie on who gets to move into Adelaide Cottage, Duchess Camilla is having issues with her country home. Because yes, she has her own country house (technically it’s a mansion) just a 15 minute drive from the estate she shares with Prince Charles.

The Daily Mail reports that Camilla’s place, Ray Mill House, has just one close neighboring home: The Old Mill, which is owned by Phil Clayton. The two properties share a lane, and apparently Phil Clayton has renovated a garage on his property to potentially rent out to tourists, Airbnb style. 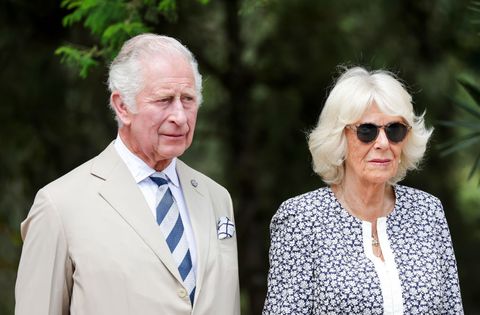 The Claytons have reportedly been renovating their place for five years, and Camilla has been at “loggerheads” with them about it, filling three (3) complaints. In 2017 the estate manager of her and Charles’ official home, Highgrove, wrote on letter on her behalf saying they were concerned that the garage’s design was “not conducive to a normal garage in that there are 3 large windows and a door.” They also complained in 2018 that the “proposed design appears to be larger and higher than the existing building.” Okay!

FYI, this home (which Camilla paid £850,000 for in 1996), has been the source of drama in the past as well. The Daily Mail reports that in 2006 it was revealed that the taxpayer was paying a a hefty £1.8million security bill at the property, which obviously resulted in all kinds of side-eyes.

Anyway, this has been the latest in Royal Housing Drama, see you next time!