Body language expert Judi James spoke to Express.co.uk about Sophie’s role within the Royal Family and how she has stepped up to do more for the monarchy in recent months. Has her confidence grown and will she be suitable for an even bigger role when Charles becomes King?

Sophie Wessex is in Scotland this week with the Queen, Prince Charles, and Princess Anne, as the Royal Family celebrates Her Majesty’s Platinum Jubilee with the Scottish people.

Sophie hosted a garden party earlier this week and was yesterday, June 29, seen visiting an organisation called Capability Scotland, which provides care, support, and education for disabled children and adults across Scotland.

What do these engagements, and most importantly, Sophie’s body language while undertaking them, reveal about her role within the Royal Family?

Looking at photos of Sophie from this week, Judi said: “Watching Sophie step up to pose almost alongside Charles and very subtly into the hard-to-fill shoes vacated by the Queen in Scotland this week, it was possible to see Sophie doing something she quietly excels at: making a difficult or tricky job look deceptively easy. 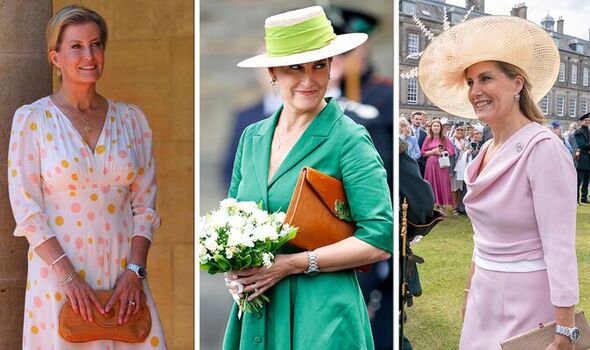 “There are no dramas or drum-rolls with Sophie.

“Most of her challenges, like acting as a social buffer between the Sussexes and the Cambridges, or escorting the Queen, or providing some of the first interviews after Philip died, are performed with a sense of calm, kindness and stoicism that diffuses rather than stokes drama.”

“Her slightly self-effacing smile tends to come with the kind of head-tilt that makes it look friendly rather than royal.

“Her ability to look ‘normal’ and even down-to-earth is paired with a calm confidence and firmness.

“When she has been seen campaigning for one of her many causes she always shows leadership skills, but not the kind of ego-based charisma that certain leaders have.

“Sophie looks like a nurturing and developing leader, someone who will help others to grow in confidence and achieve more, rather than someone wanting to power-flex by leading from the front.

“If she were working in the real world she’d appear to make a great school headteacher.”

Judi added that if Sophie was a chess piece, “she would be a rook”.

“A figure of great value just below the spotlight of the King and Queen that has some of the most flexible moves in a game,” the body language expert explained.

“Sophie seems to make those moves without upsetting or treading on the toes of other royals.

“She will step back or step up and when she does step up alongside the top tier royals she never upstages or appears to be anything other than hard-working and professional.”

Judi predicted this will be the case when Charles becomes King too – Sophie will not stop being hard-working, as well as genuine.

“She might be a hard-working royal but she gives the impression that she would be doing all that support and charity work with or without a royal title.

“When she helps a charity with their work she always looks as though she has genuinely got stuck in, rather than just posing for a photo.”