Meghan Markle might be at her wit’s end. Well, royal experts think so, at least. The Duchess of Sussex lives under a tight lens of scrutiny, being a new addition to the royal family. And she and Prince Harry have been trying to balance having a private life while still being visible to their public. It seems that Meghan garners criticism with whatever she does, however. Homegirl couldn’t even have a private christening for her son without getting flack for it. Now, a royal expert’s comments about Meghan Markle reaching her "breaking point" pose a theory that the something will have to give soon for the Duchess, who went from public celebrity to private royal in a short amount of time.

Meghan has the unique experience of already being famous by the time she married into the royal family. Her series regular role on Suits made her a well-known actress in the United States, but not exactly A-list, but then her relationship with Prince Harry skyrocketed her into being one of the most famous women on the planet. She went from having her own Instagram account and successful lifestyle blog on which she connected with her fans, to having to completely switch to a more private way of life.

As a royal, however, the struggle is this: your life is blatantly and intentionally public, but you can’t speak in defense of yourself. Queen Elizabeth has always employed a policy that basically says "we don’t talk about politics, and we don’t comment on stories about us" for the royal family, and that has put Meghan in a weird place. Royal expert Victoria Arbiter said that she feels Meghan is growing increasingly agitated with this. (Which would be completely fair.)

"As far as her American fans go, there has been a sense there’s not been enough done to protect her — at some point, you have to wonder what is going to be the breaking point," she said in an interview. "Yes, she keeps on trucking at the moment, but it can’t be anything but incredibly difficult. We need to let Meghan blossom and let her do the job she’s in the Royal Family to do and perhaps hold back on some of the criticism." 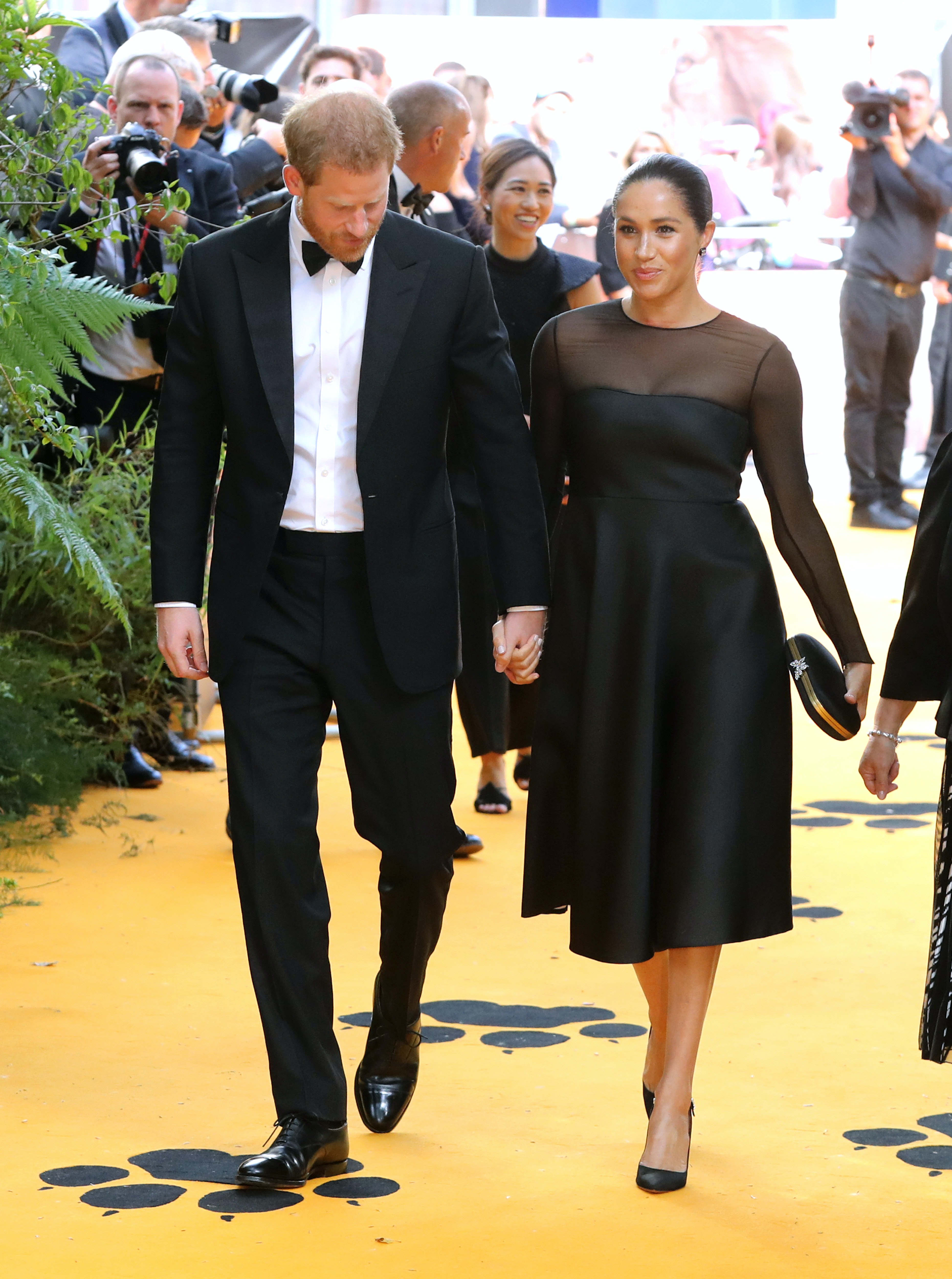 "It’s very difficult when you come from previously celebrity background where a publicist can stand up for you or come out and say, ‘no, that report is categorically untrue," Arbiter continued. "But categorically, members of the family follow the Queen Mother’s mantra ‘never complain, never explain.’ You sort of have to sit back while the world’s media, social media, everyone has become judge and jury."

Based on Meghan’s comments to Pharrell at The Lion King London premiere, Arbiter’s theory could very well be true.

When meeting at the premiere, Pharrell took the time to tell the royal couple that the world admires them.

"It’s so beautiful, your union," he said to Meghan and Harry. "Love is amazing. It’s beautiful. Don’t ever take that for granted, what it means in today’s climate. I wanted to tell you, it’s significant for so many of us. Seriously. It’s significant. We cheer you guys on."

"Thank you," Meghan replied to Pharrell, adding the most telling line of all. "They don’t make it easy."

I feel for Meghan, and wouldn’t be surprised if she did break down a bit as a result of the constant scrutiny she receives. Especially given that she’s known for being such an outspoken woman, having that quality forced quiet, I imagine, would be difficult.