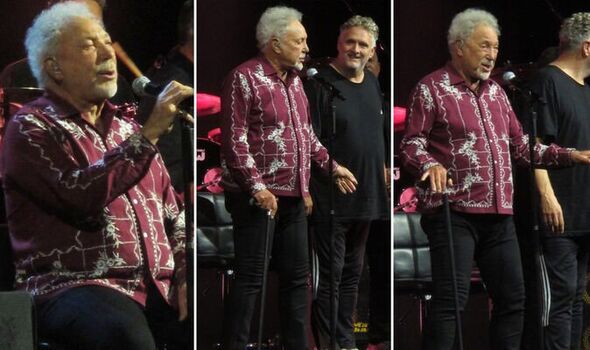 Tom Jones relied on the help of a cane

Sir Tom Jones was seen using a cane to help him stand during his concert last night.

The 82-year-old spent the majority of the show sat down as he performed his greatest hits, but clutched onto the cane to help him stand at times.

In September, the Sex Bomb hitmaker revealed he needed another hip replacement.

He already had his left replaced in 2017, but told fans it was now his right one that needed assistance.

Tom sparked concerns when he was first spotted using a cane earlier this year. 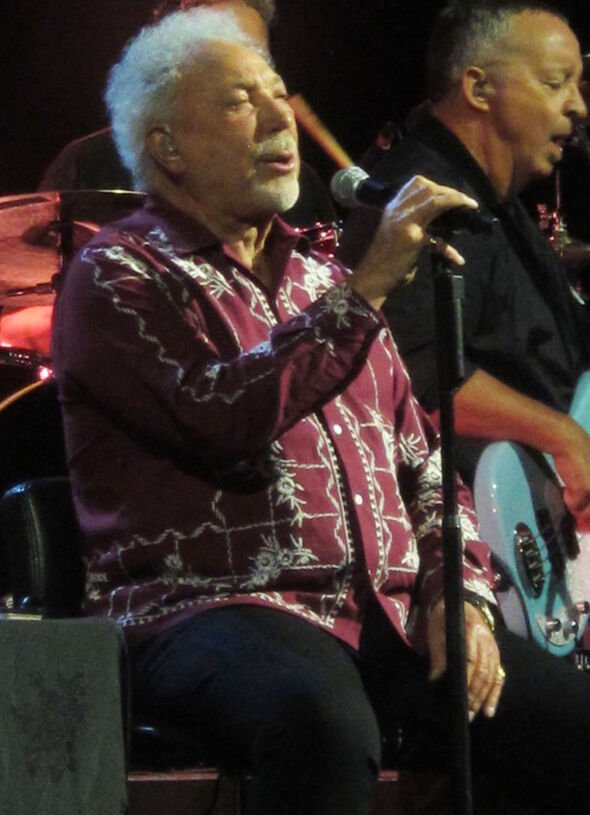 The singer ensured he was comfortable on the stage 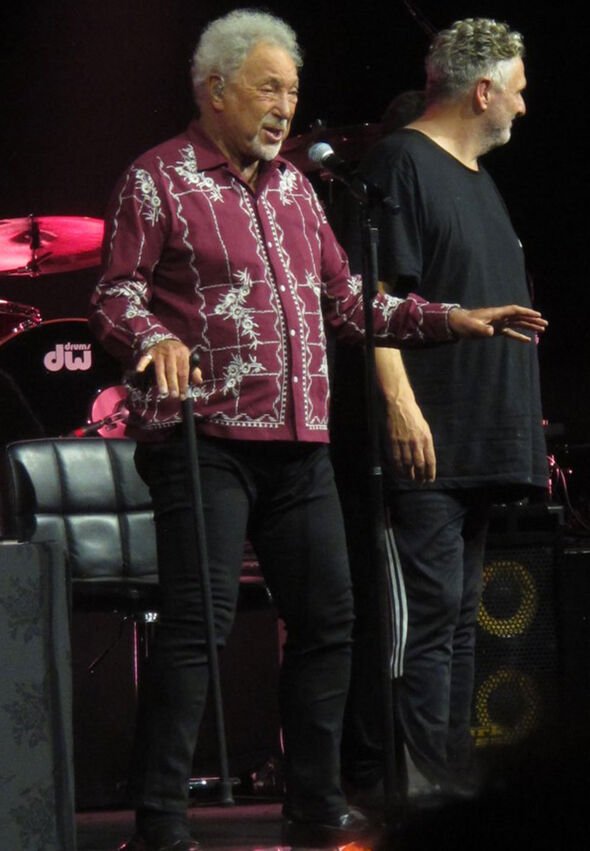 Tom Jones belted out his hits 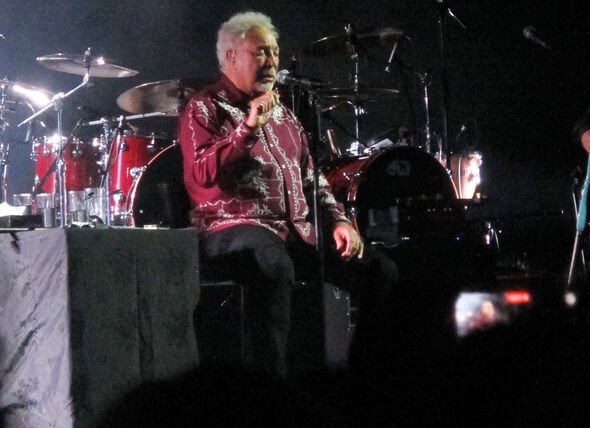 Tom Jones returns to the stage