Like a number of women who were maligned in the ’90s over scandals largely beyond their control, former Olympian Tonya Harding has seemingly experienced a reputational renaissance — one which coincided with the 2017 release of the biopic “I, Tonya.” Harding’s deft skill and grace as a figure skater were subsequently overshadowed by a plot to take her competitor, Nancy Kerrigan, out of contention for the 1994 Olympics in Lillehammer, Norway. Though Harding, along with Kerrigan, would go on to compete at Lillehammer, her career was ultimately cut short after the U.S. Figure Skating Association placed a lifelong ban on Harding from competing professionally, stripping her of all of her titles and honors.

Though “I, Tonya” isn’t exactly an accurate representation of the events leading up to the attack on Kerrigan, it underscored the notion that Harding was, by and large, not responsible for its planning or execution. (Critics have debated whether or not this is actually the case.) What’s irrefutable, however, is that Harding’s ex-husband, Jeff Gillooly, was instrumental in its entirety from the very beginning.

So, how did Gillooly factor into it all? And what’s happened to him in the intervening years since? Read on after the jump to find out.

Jeff Gillooly's relationship with Tonya Harding was shady from the jump 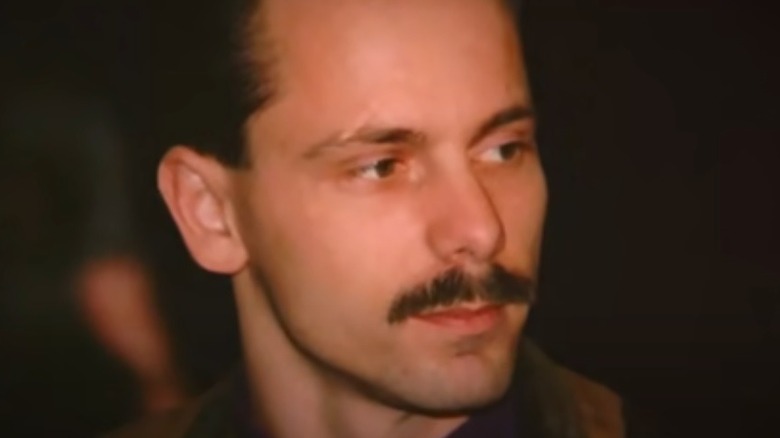 As Vulture summarized in a 2017 explainer released shortly after the premiere of “I, Tonya,” Jeff Gillooly’s relationship with Tonya Harding began when Harding was 15 years old and Gillooly two years her senior. They officially tied the knot four years later in 1990, but their marriage was perforated with tumult, with Harding attempting to file for separation twice before their official divorce in 1993. But despite their legal split on paper, the two continued an on-and-off-again situationship; per The New York Times, both continued to refer to each other as spouses until 1994, the same year Nancy Kerrigan was attacked.

As Bustle wrote in its 2017 write-up of Gillooly’s past and current whereabouts, it’s not exactly clear who came up with the idea to injure Kerrigan, Harding’s biggest figure skating rival at the time, in order to eliminate her from participating in the 1994 Lillehammer Olympics. (Harding denied any involvement in the plot whatsoever, though she later admitted to hearing about a planned attack, per USA Today.)

Gillooly, along with confirmed co-conspirator Shawn Eckardt, hired two other men named Shane Stant and his uncle, Derrick Smith, to seriously maim Kerrigan while she was practicing at Detroit’s Cobo Arena. (Another Bustle article noted that Gillooly might have initially intended to kill Kerrigan, but instead settled on breaking her right leg, an injury which would have presumably eliminated her chances of competing that year.)

Jeff Gillooly said his botched plan made him a perpetual joke 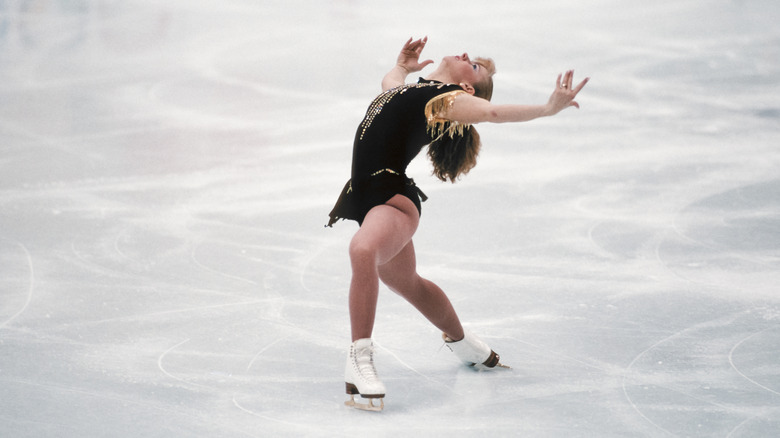 Though Jeff Gillooly and his cohort assumed their plot against Nancy Kerrigan would go off without a hitch, it famously did not. Coincidently, a news crew caught footage of the agonizing aftermath. Luckily for Kerrigan, the botched plot resulted in a painful but less devastating injury — a bruised leg and lacerations — aside, of course, from psychological trauma. But for Gillooly, the ramifications of his crime were far from over.

Per Bustle, the violent incident led to a full-on investigation led by federal authorities. They quickly honed in on Gillooly as a prime suspect and arrested his three conspirators in less than two weeks. Gillooly opted for a plea bargain in hopes of a lighter sentence, eventually serving a two-year sentence for racketeering charges. (Ironically, Gillooly served more time than any of his fellow plotters despite turning on them, according to Bustle.)

After his release, Gillooly has led a relatively low-key life in Oregon, remarrying twice. Bustle noted that Gillooly chose to live with his status as a running joke, as immortalized by a “Saturday Night Live” sketch in an episode hosted by none other than Kerrigan herself. In a 2013 interview with Deadspin (via Bustle), Gillooly appeared to regret how the attack had harmed Tonya Harding’s career, summarily ending it. “She’ll never be remembered for how wonderful a figure skater she was,” he said. “She’ll be remembered for what I talked her into doing.”