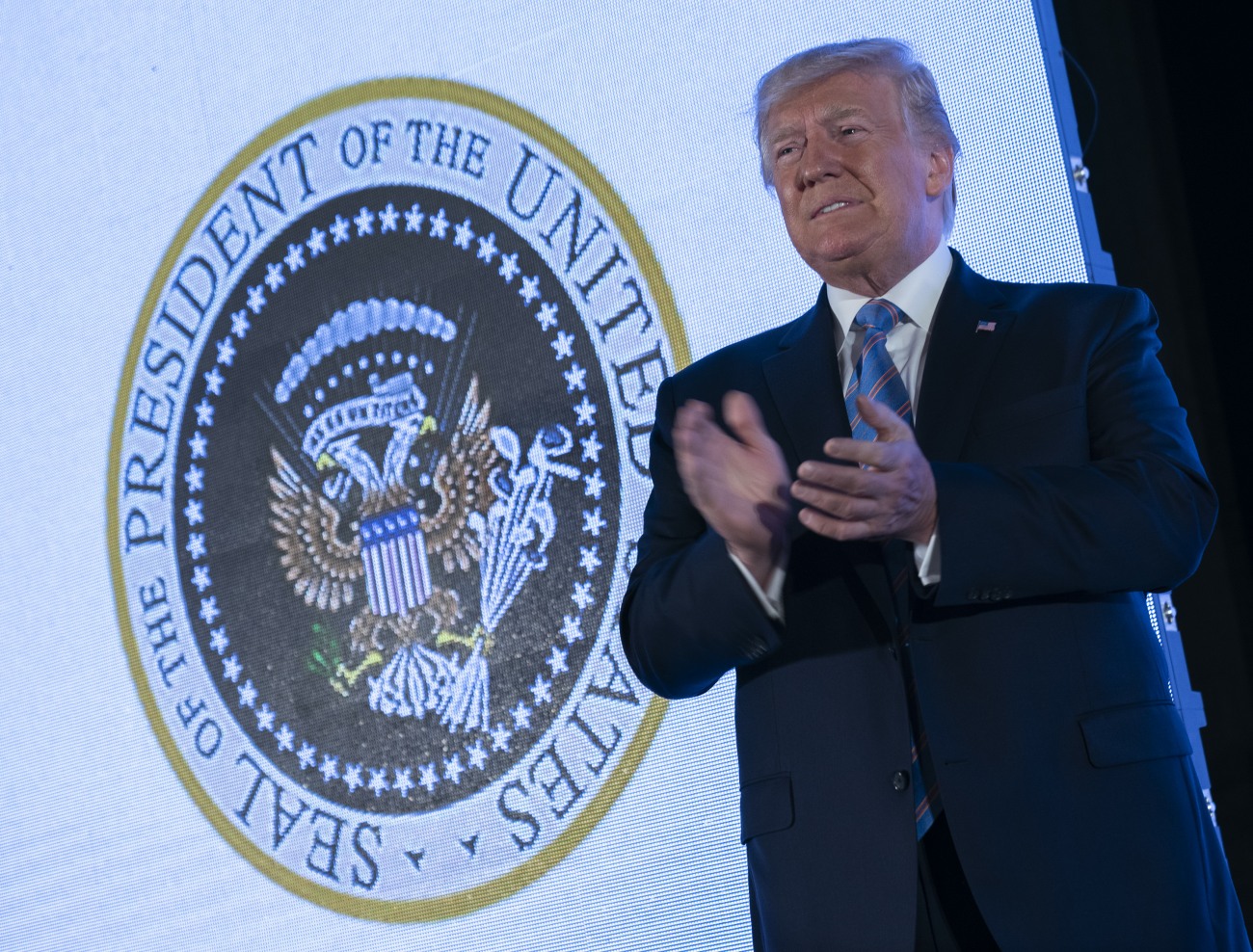 The image that was projected behind President Trump on July 23 has a number of alterations, including a two-headed eagle that’s carrying golf clubs in one talon and cash in another. The writing above the eagle is supposed to read “E Pluribus Unum,” which is Latin for “out of many, one.” But the photoshopped creation that appeared behind Trump reads “45 es un titere,” which is Spanish for “45 is a puppet.”

The alterations to the presidential seal were first revealed by the Washington Post, which notes that the two-headed eagle bears a striking resemblance to Russia’s coat of arms. Judging by photos from the event, the image was pixelated enough that some of the details from the image, like the Soviet hammer and sickle on the flag, could not be clearly distinguished by the crowd.

As it turns out, the fake seal was created by a former Republican named Charles Leazott. He’s a graphic designer who made the fake seal in 2016 as a way to work through his feelings about Trump, whom he loathes. Leazott gave an interview to the Washington Post about how he made it:

He substituted the arrows in the eagle’s claw for a set of golf clubs — a nod to the new president’s favorite pastime. In the other set of talons, he swapped the olive branch for a wad of cash and replaced the United States’ Latin motto with a Spanish insult. Then, his coup de grace: a two-headed imperial bird lifted straight from the Russian coat of arms, an homage to the president’s checkered history with the adversarial country.

“This is the most petty piece of art I have ever created,” the Richmond resident said in an interview with The Washington Post.

The seal wasn’t meant for a wide audience. But then, years later, it wound up stretched across a jumbo-tron screen behind an unwitting President Trump as he spoke to a conference packed with hundreds of his young supporters. That was Tuesday. On Wednesday, The Post was the first to report that the seal was fake — and that neither the White House, nor Turning Point USA, the organizers of the star-studded Teen Student Action Summit, knew how it got there or where it came from. Leazott woke up Thursday and saw the news in a Reddit post as he drank his morning coffee. Then, a torrent of messages.

“It’s been chaos,” he said. “This is not what I expected when I woke up today…I’m a graphic designer, it’s just something I tossed together,” he said. “This was just a goofy thing for some people I knew. I had no idea it would blow up like this.”

By Thursday morning, the Turning Point spokesman said the group had identified the staffer responsible for turning Leazott’s design into a trending topic. He called the incident a last-minute oversight, the result of a quick online search to find a second high-resolution photo of the presidential seal to place behind Trump. He said the mistake was “unacceptable.”

“We did let the individual go,” the spokesman said. “I don’t think it was malicious intent, but nevertheless.” Leazott doesn’t buy it. He thinks whoever was responsible had to know exactly what they were looking for. He believes the person dug up the image he created and used it intentionally. “That’s a load of crap,” he said in response to Turning Point’s explanation. “You have to look for this. There’s no way this was an accident is all I’m saying.”

I don’t think it was an accident either. I’ve made mistakes with photos and photo IDs and I have to Google obvious sh-t on a regular basis. You would really have to LOOK for this fake seal and it’s not like it would have popped up second or third in a Google search (before this week). So what really happened? And why? 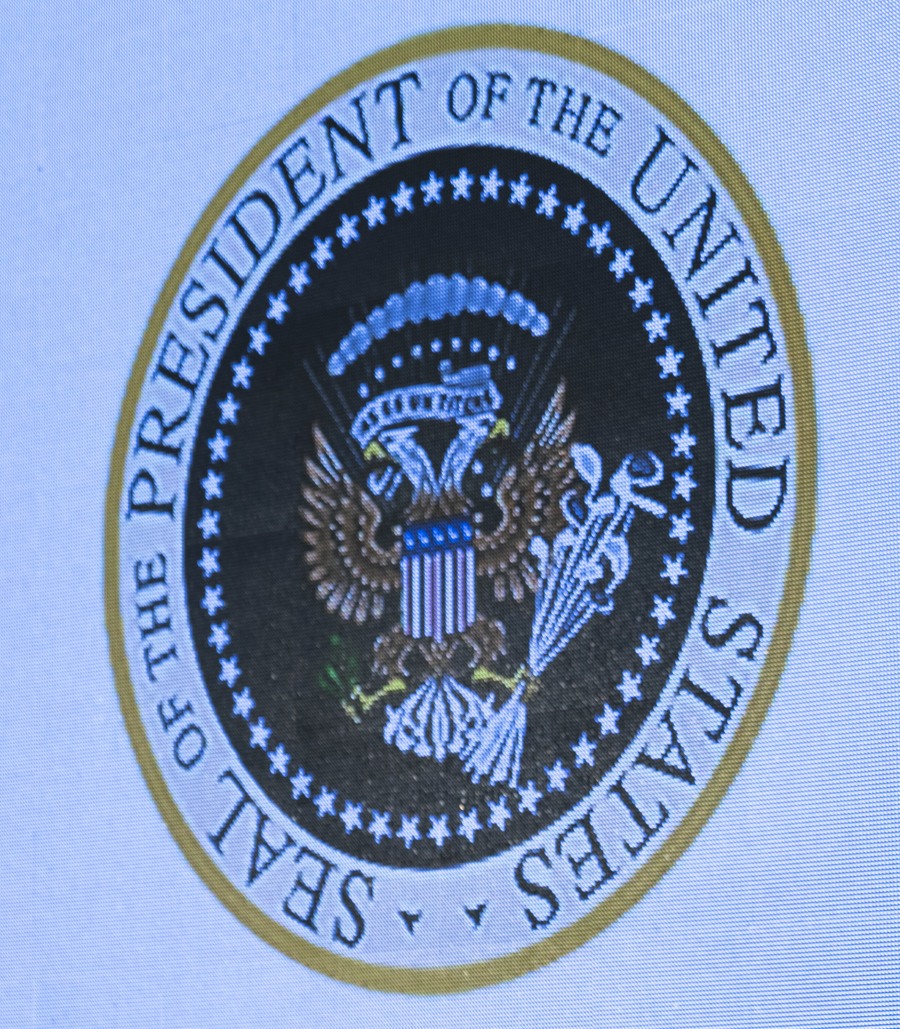