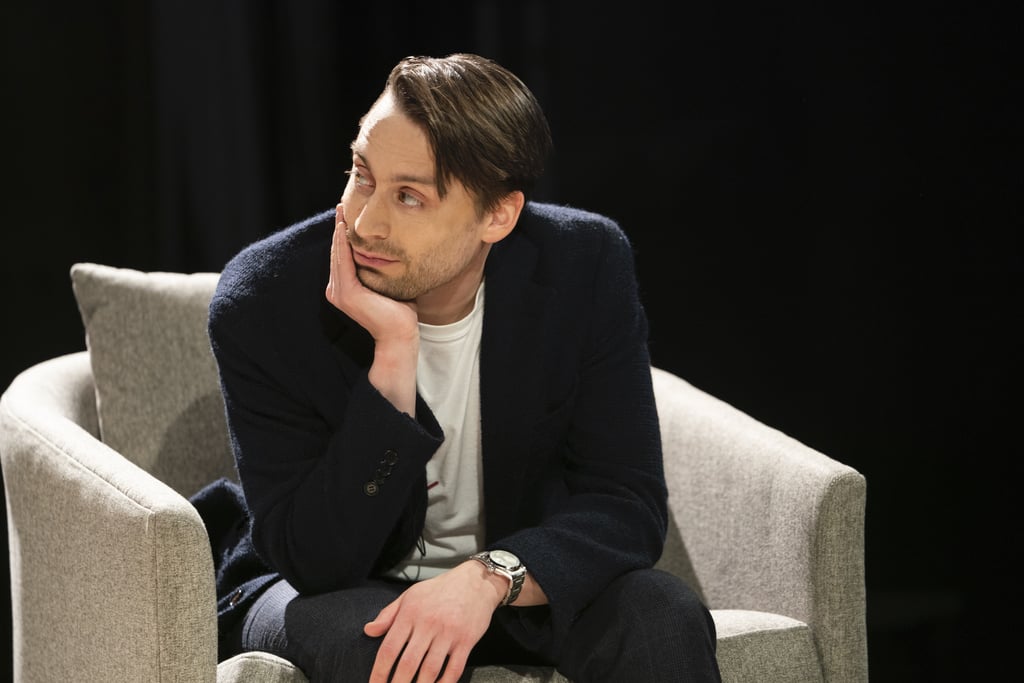 Succession may be a family affair, but every week, there’s one character who shines just a little bit brighter than the others: Roman. Played by Keiran Culkin, the baby of the Roy family has a warped sense of humor, a complicated sex life, and a bucket full of insults so brutal you can feel the burn through the screen. He’s rude, he’s crude, and if you find yourself wildly attracted to him, you’re not alone. We all know sarcasm is his armor, and inside he’s just a scared little boy, right? (Or maybe he’s just a terrible person, whatever.) Ahead, you’ll find 17 GIFs that may or may not exponentially increase your crush on Roman — view them at your own risk.