It’s hard to imagine it, but Amazon marks a 25th anniversary of sorts on July 5. That day, in 1994, Jeff Bezos filed the paperwork for Cadabra Inc., which he would rename Amazon just a few months later, after his lawyer misheard Cadabra as “cadaver,” which is, um, suboptimal branding (he also aptly considered naming the company Relentless, and Relentless.com is still owned by Amazon and redirects to Amazon.com). Amazon officially counts its anniversary as July 16, when the site went live in 1995 — that’s also when its annual Amazon Prime Day sale occurs. In any case, over the last two and a half decades, Amazon has signed up more than 100 million Prime members in the US alone, and some have been Amazon customers for more than a decade.

We asked people to share screenshots of their first Amazon purchases. The responses — ranging from books (Amazon began as an online marketplace for books and called itself “Earth’s Biggest Bookstore”) to ShamWows to Korean keyboard stickers and bags of candy — show not only the massive breadth of the retailer, but how reliant consumers have become on Amazon for buying random odds and ends that may be hard to find otherwise. It also reflects how much easier the site has made impulse buying and provides just a brutally honest reflection of shoppers’ trends and fancies through the years.

So hold onto your carts; let’s take a trip down memory lane.

1997 — Books! One buyer, who bought two in their first purchase in 1997, recalled, “A book I never read and a book I need to read again; I love how even my very first Amazon order includes an impulse purchase. I remember very briefly wondering if my credit card details would be safe when I placed it.” 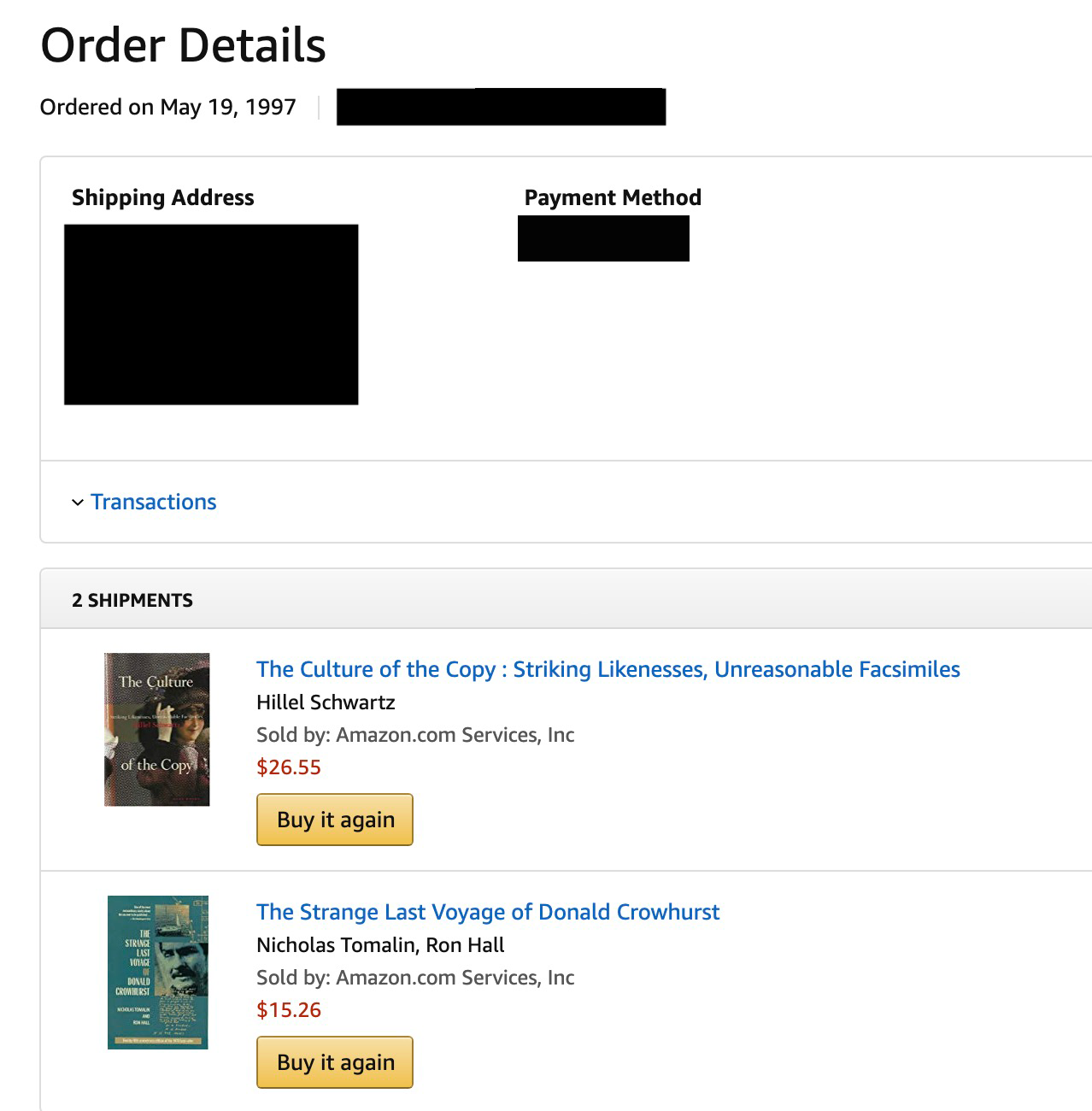 1998 — …more books! “Wow, given how broke I was at the time, that was a completely irresponsible purchasing decision when I could have just walked 20 minutes to City Lights Booksellers and picked it up at a lower cost, and had it sooner, while also supporting a locally-owned business that also happens to be one of the best bookstores in the history of humanity with a history of successfully fighting for the first amendment, all the more so when we’re talking about a fucking Nelson Algren book, I mean, goddamn.” 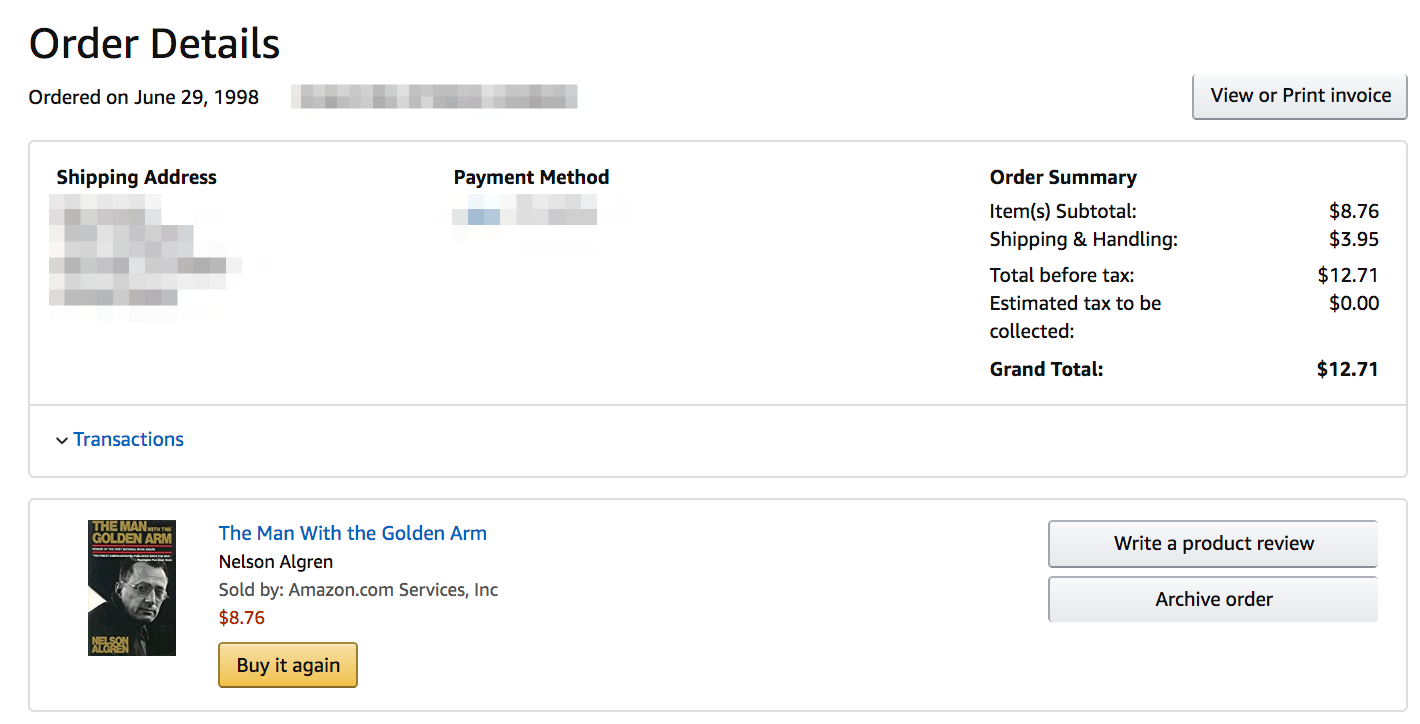 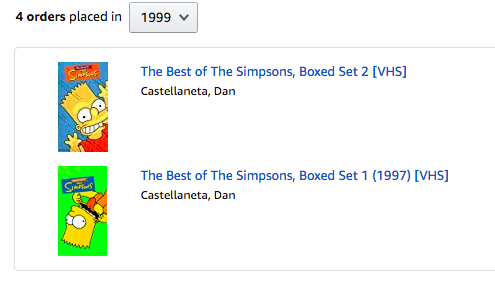 1999 — The original soundtrack for “Trick,” the 1999 film about “the misadventures of two young gay men, trying to find a place to be alone, one night in Manhattan.” “Gay gay gay gay!” the buyer remarked as he reviewed his early purchase history. 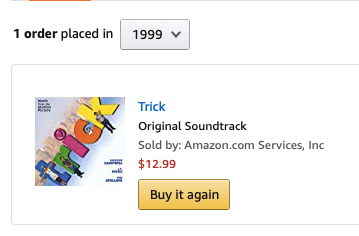 1999 — A CD single from KMFDM, “a German industrial band, I guess. I heard a random song of theirs once and liked it and I had a $10 gift certificate Amazon mailed me for no reason so that was what I picked.” 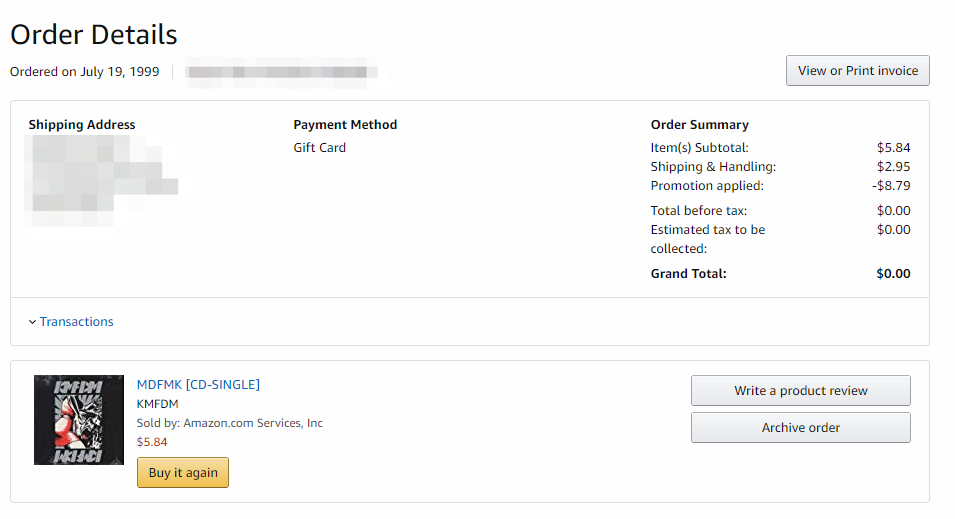 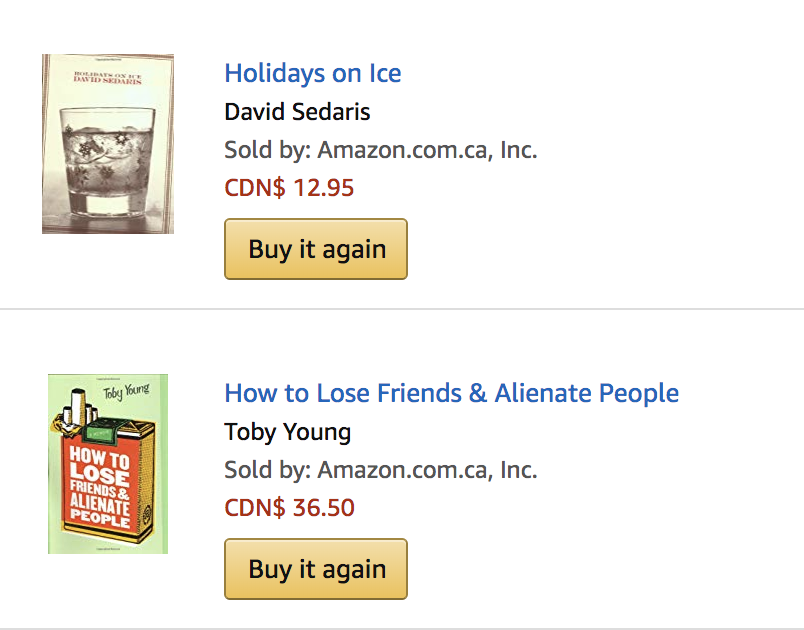 2004 — “I bought an EP and I don’t know if I have it digitizedbut it’s also not on Spotify and now I’m worried I threw out the CD.” (If you have mp3s of the Modern Sinner Nervous Man EP by Constantines, please help.)

The buyer added: “Cons are one of the best bands of the early 00s, and they should go on tour again.”

2008 — “A bunch of books for what seems like my second semester, senior year of high school.” 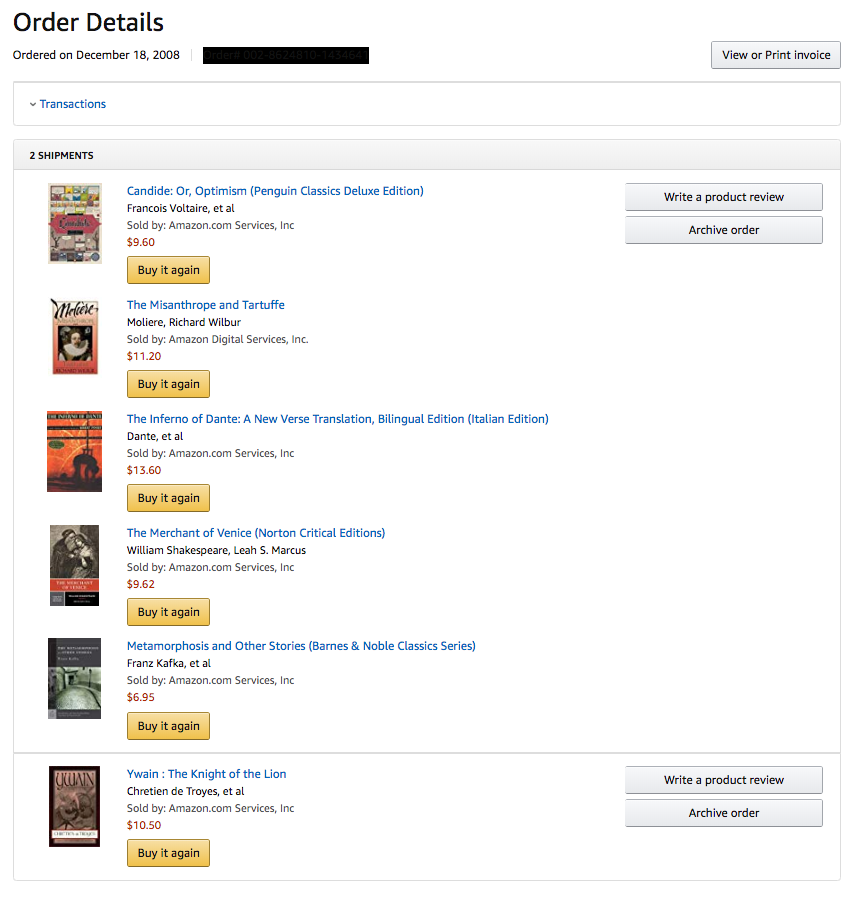 2009 — “I was definitely that guy in college. I made sure everyone knew i was listening to Justice.” 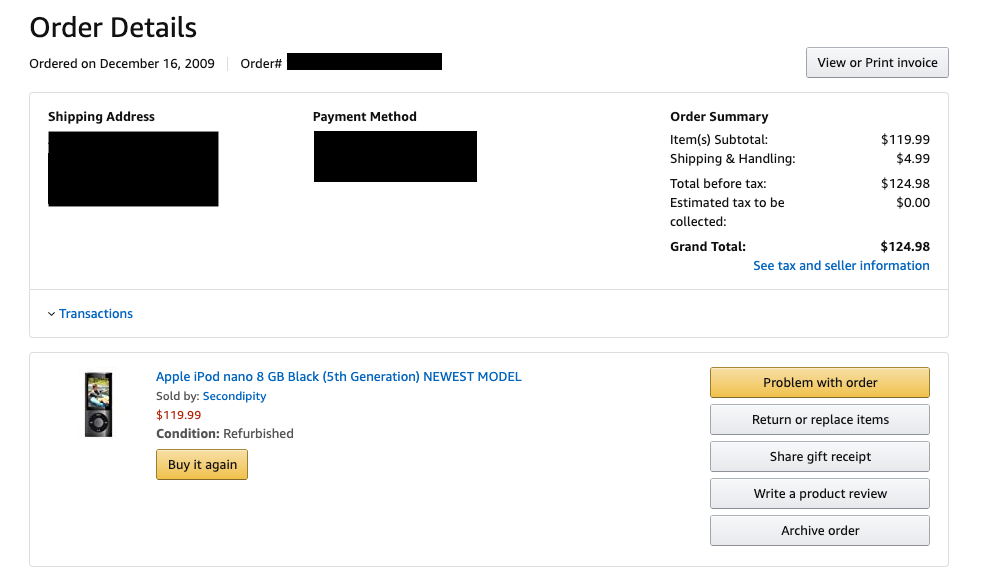 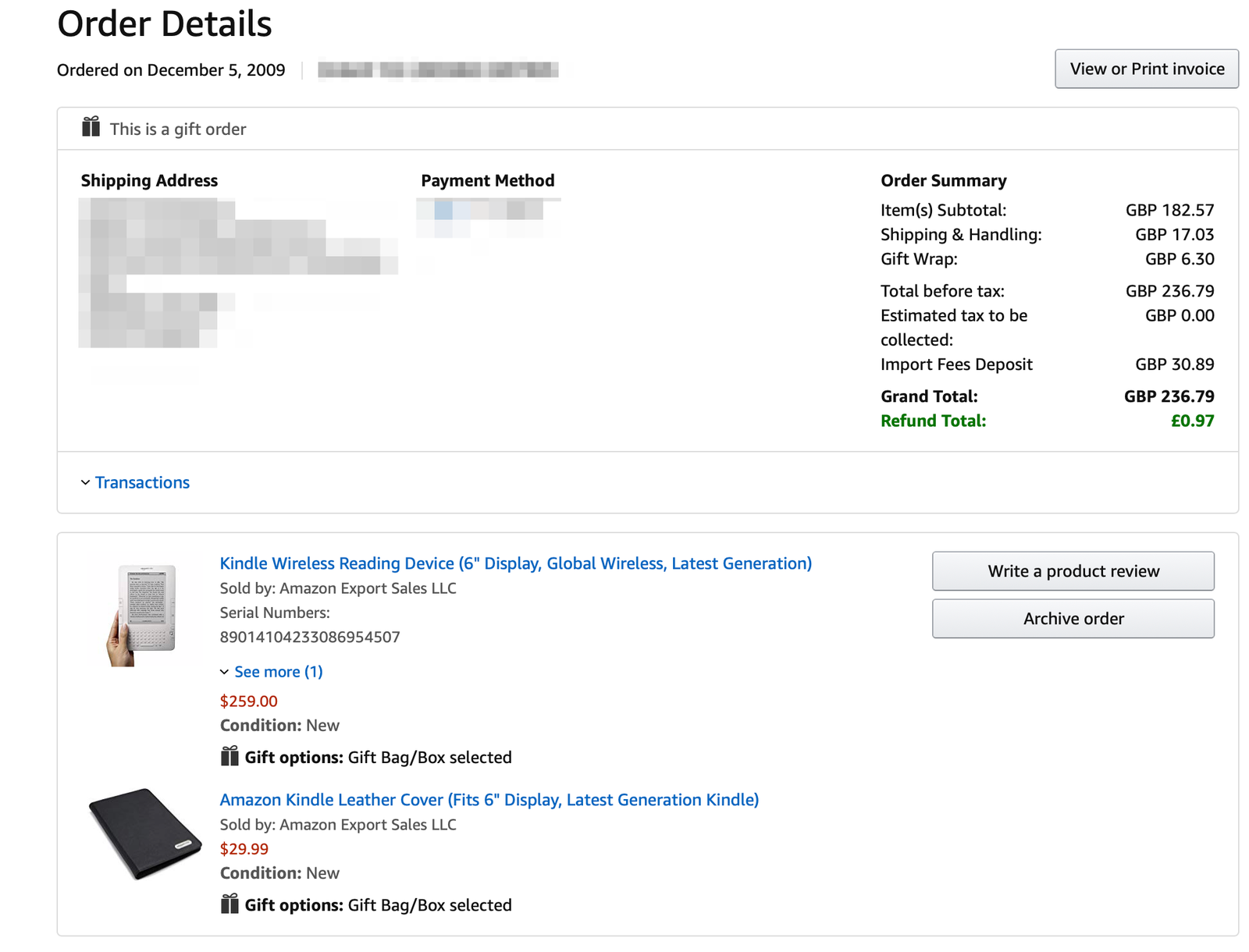 2009 — “Apparently my first purchase was Shamwow! on Valentine’s Day during my freshman year of college. This… seems correct.” 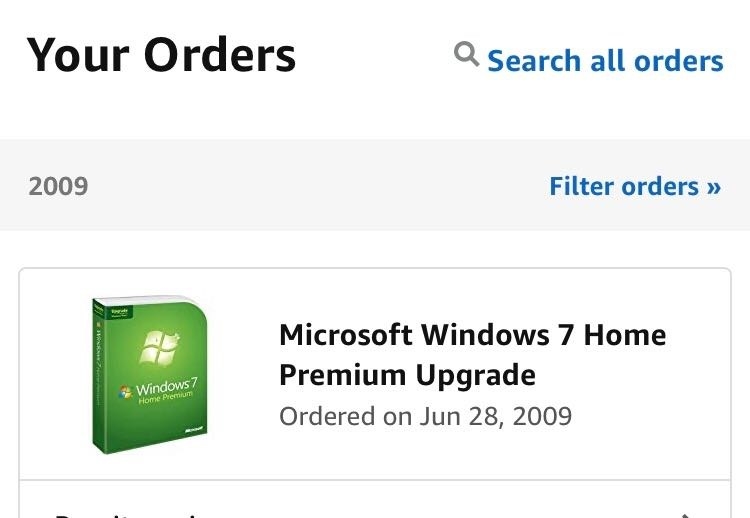 2010 — Lady Gaga. “I was in college and had no money and I had to figure out a way to buy a thoughtful (but inexpensive) Valentine’s Day gift. I figured getting an album my girlfriend at the time really liked on vinyl was a cute thing to do. Plus, even if you don’t have a turntable (she did) vinyl records are cool and decorative. Also, this album still slaps.” The album was nominated in several categories at the 2011 Grammy Awards. 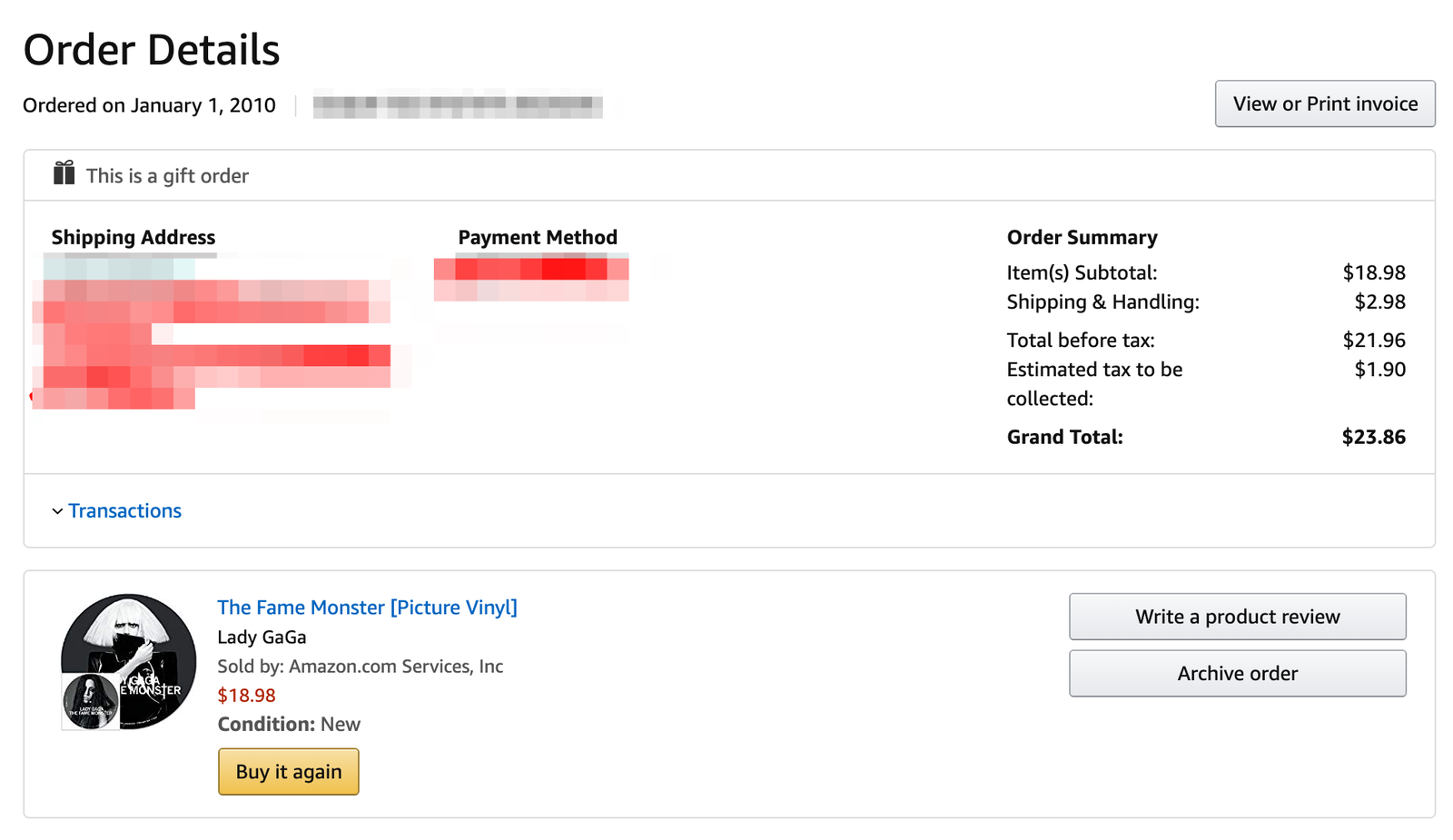 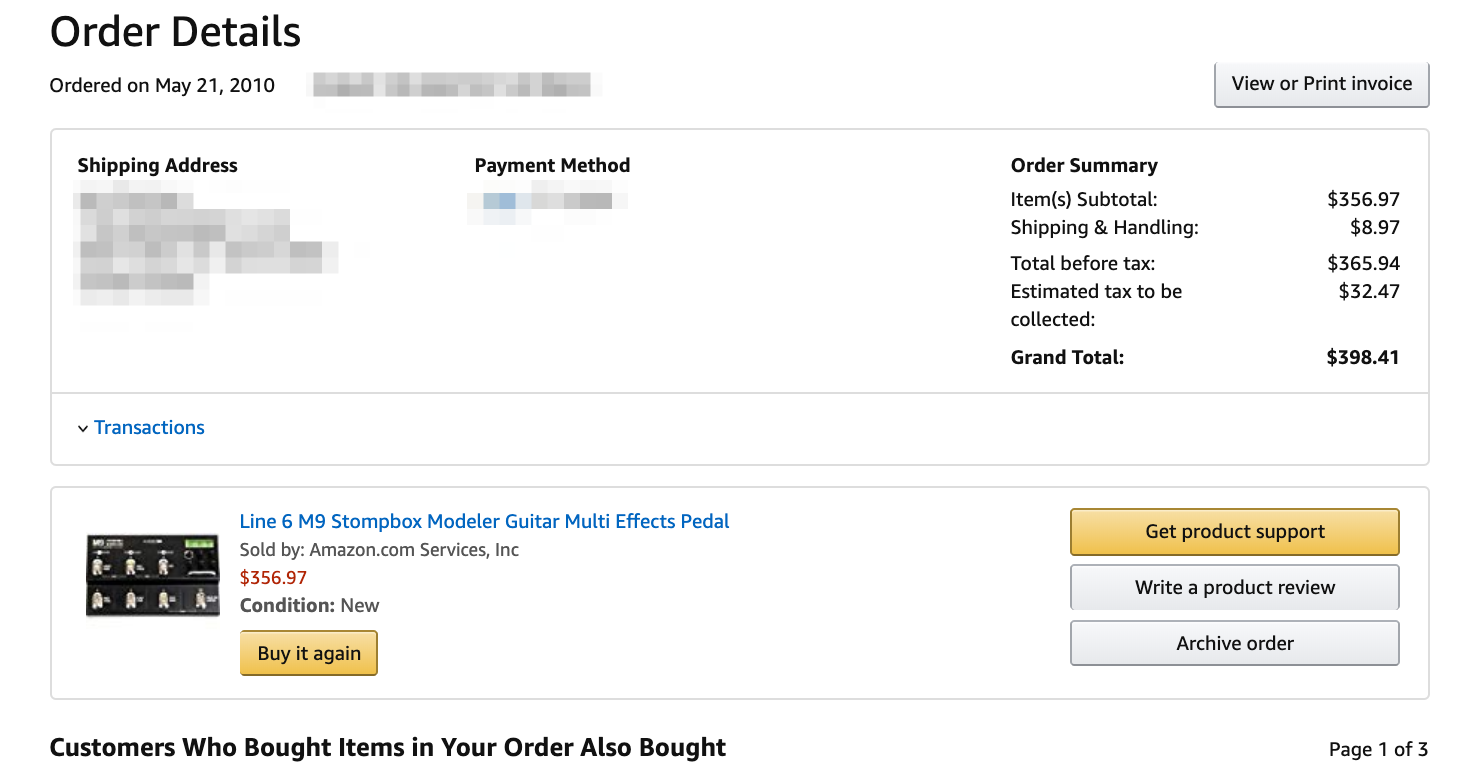 2010 — “I bought a trash can for my first apartment. I guess because I didn’t have a car or way to carry a trash can of this size home from the store.” 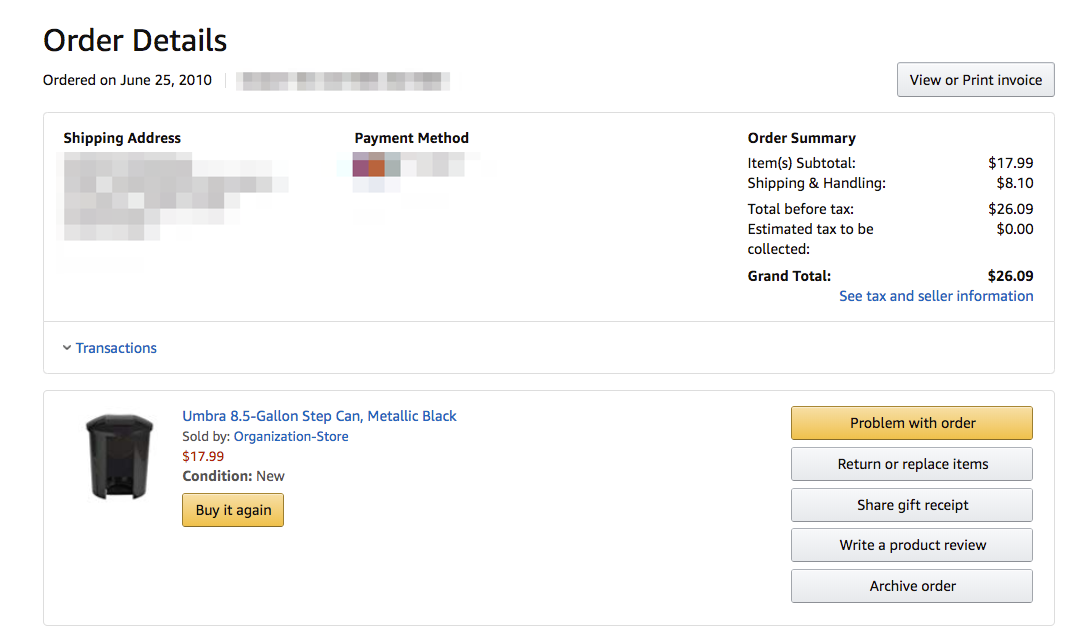 2012 — Some helpful Korean keyboard stickers. “I needed to help my dad write some stuff in Korean.” 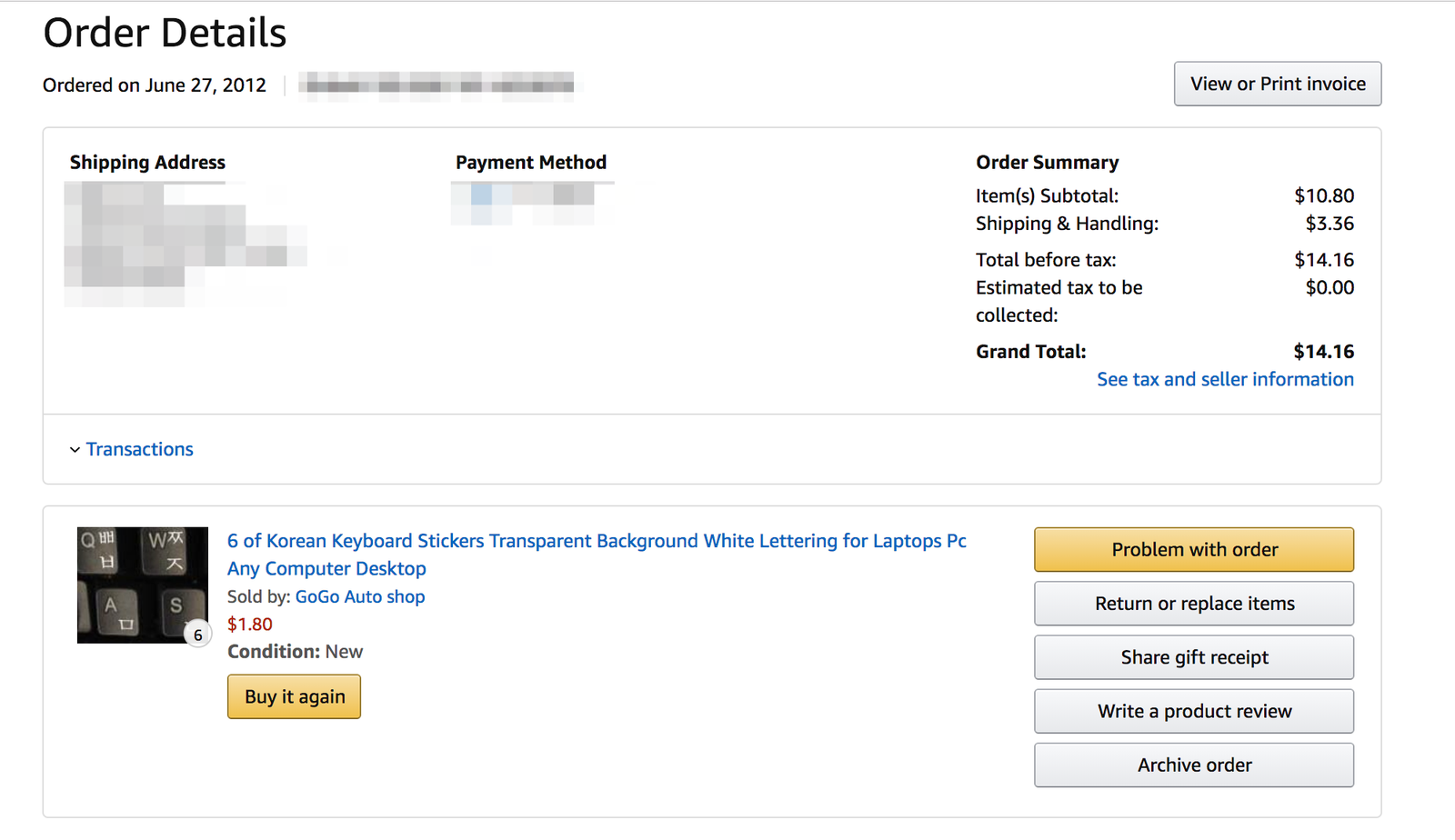 2014 — “It was for my brother who was 10 and wanted to be Spiderman for Halloween. It was like a last minute Amazon Prime purchase the day before Halloween.” 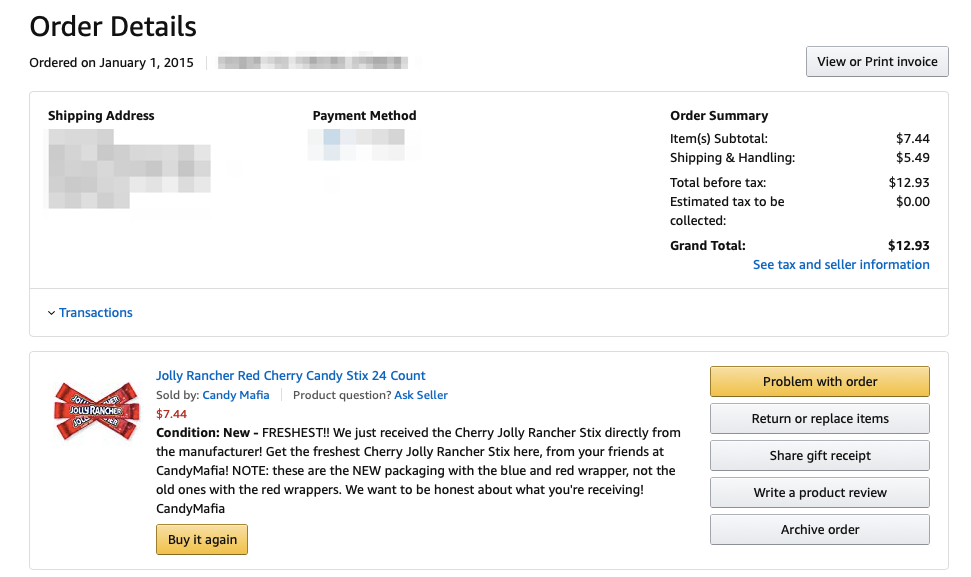 What was your first Amazon purchase? Add yours in the comments section! 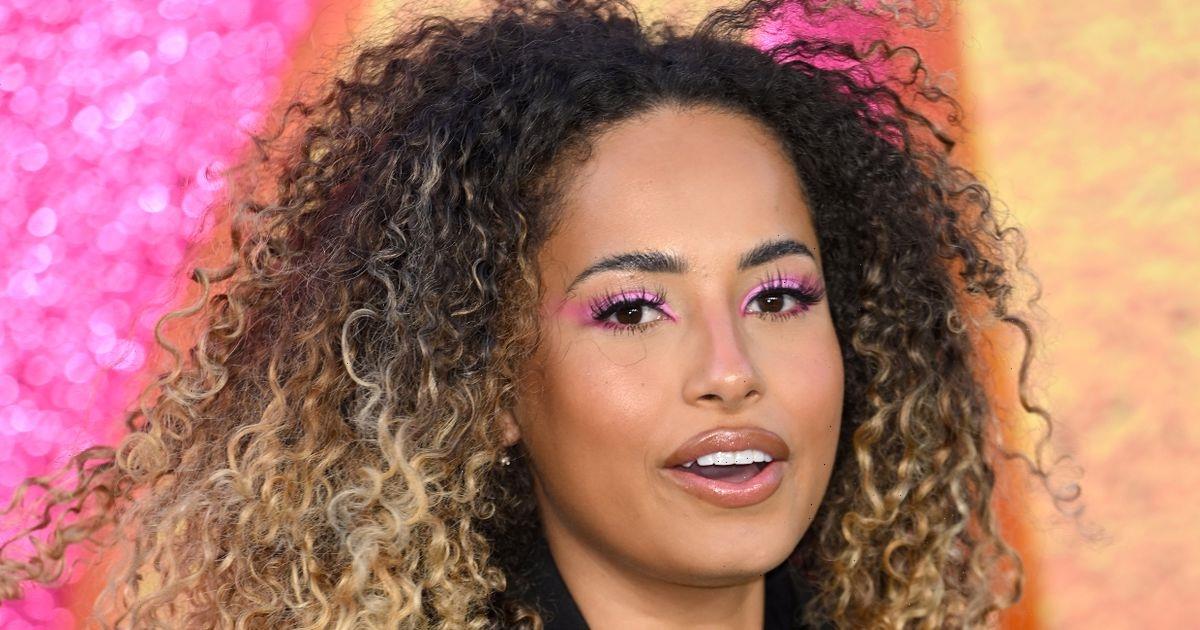 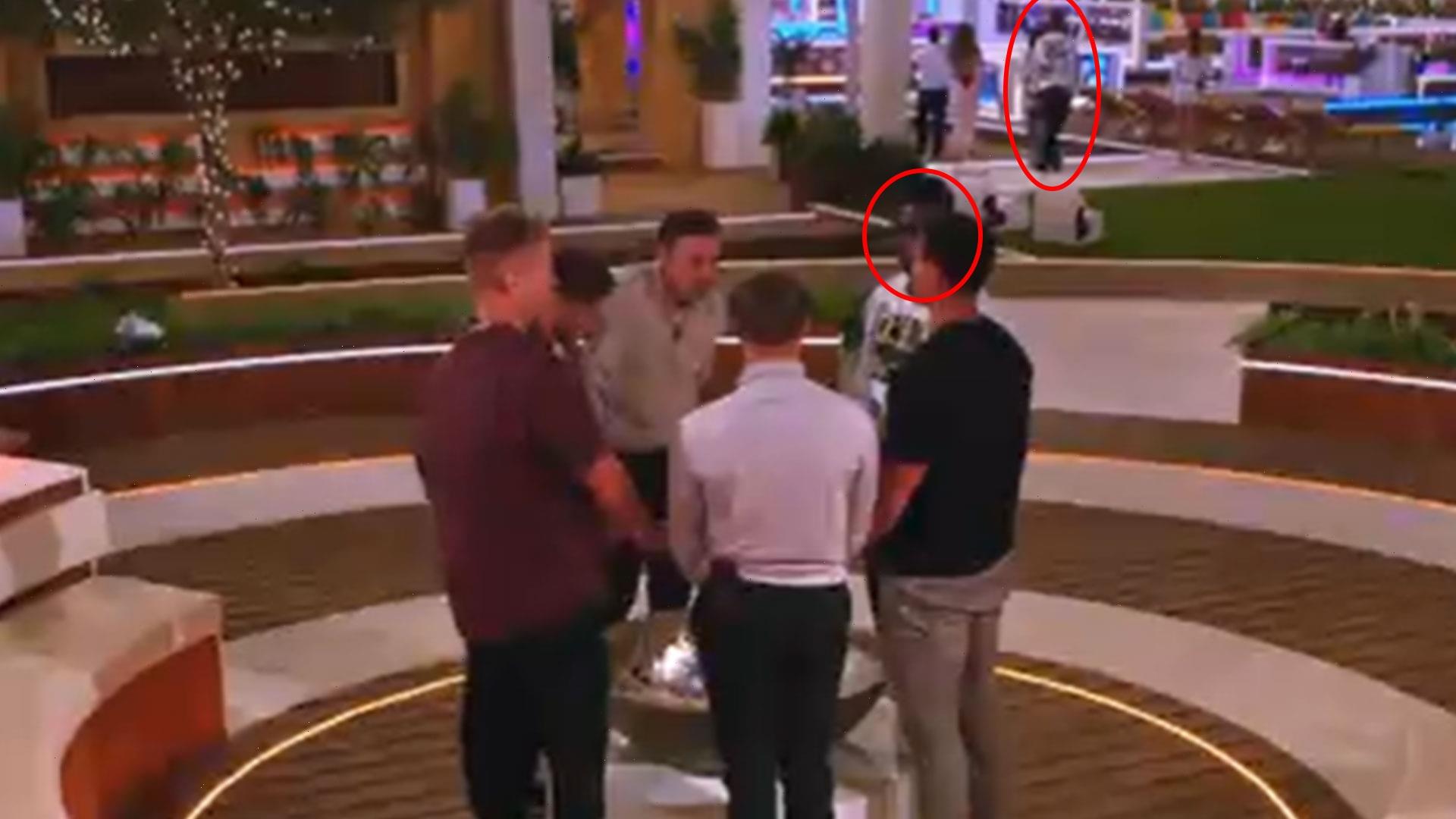 Love Island blunder as Dami appears onscreen TWICE in one scene – did you spot it? | The Sun 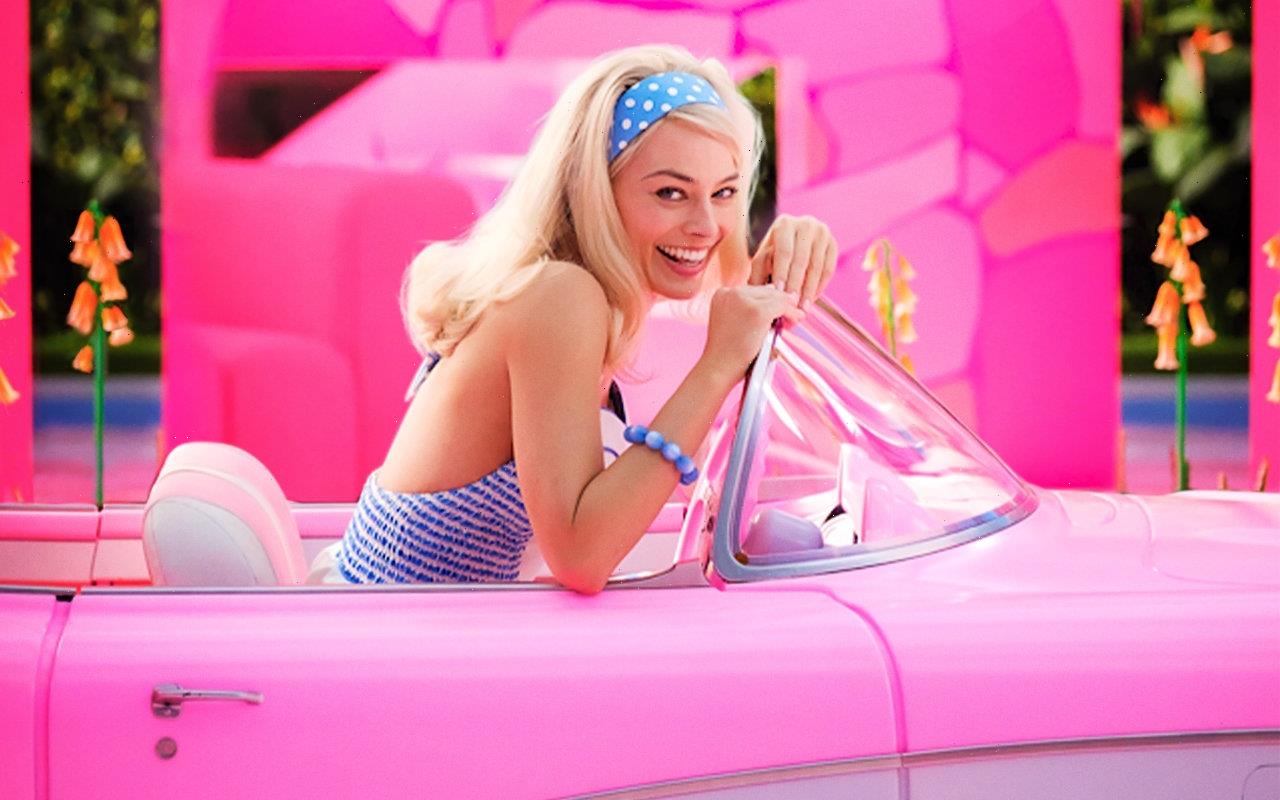 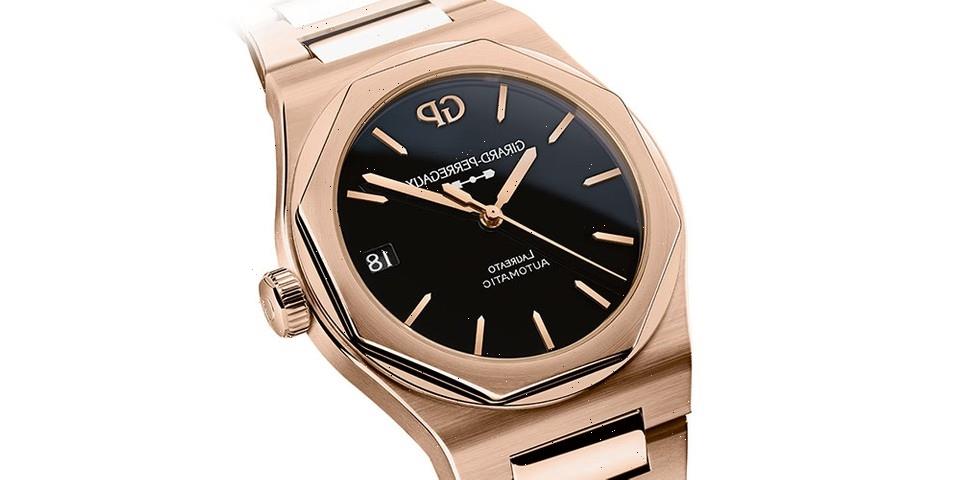