Even as the pandemic takes its toll on tourism, immersive museums and experiential art centers are expanding to new cities and wooing investors willing to gamble on the future of the emerging industry.

Fotografiska wanted to introduce New Yorkers to a different type of museum when it opened in December 2019 in Manhattan, welcoming visitors to view photography exhibitions in a boozy clubhouse atmosphere complete with midnight D.J. sets and a restaurant run by a Michelin-rated chef. The coronavirus pandemic has brought an end to the party, but not to the Swedish company’s dreams of dotting the world with its for-profit museums. The franchise has announced plans for a fourth location, in Berlin.

Similar ambitions have fueled Meow Wolf, which over the last decade became a tourism juggernaut in Santa Fe, N.M. The immersive-art company welcomed a half-million visitors in 2019 into its psychedelic “House of Eternal Return,” with a giant marimba that resembles a mastodon’s rib cage. But an outbreak of Covid-19 cases among staff members forced the enterprise to close its facilities last year, resulting in layoffs for 200 employees. Despite losing half its work force, the company is barreling ahead with a $158 million investment, expanding its footprint with new locations in Phoenix, Washington, D.C., Denver and Las Vegas. 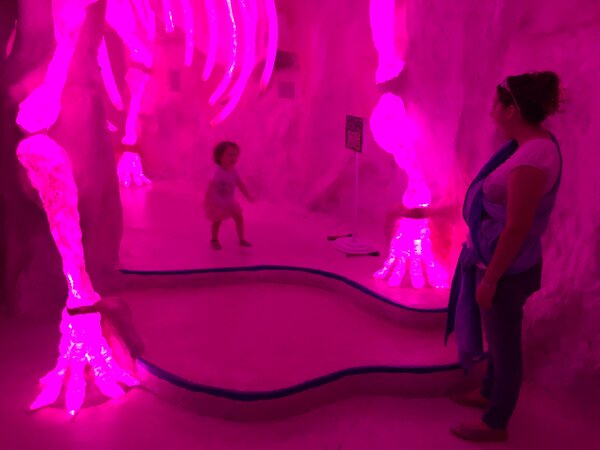 Entering what was already a crowded market for companies specializing in experiential art, Superblue had plans to dominate the field with installations by experimental artists like Nick Cave, James Turrell, Es Devlin and teamLab. But the multimillion-dollar venture in Miami stalled before it started; the city’s surge in coronavirus cases forced Superblue to postpone its anticipated opening from December to March. Unfazed by the delays, the company says that it has attracted stronger interest from investors and is planning for two additional centers in unnamed cities.

While traditional museums are discussing closures and mergers, the for-profit industry around experiential or immersive art is investing hundreds of millions of dollars into a business that currently has no audience in the U.S. because of the pandemic. It’s a gambit that has surprised market watchers, who see this gamble on the previous triumphs of experiential art — Random International’s Rain Room, which had thousands waiting for hours to experience a technology-generated rainfall, or teamLab’s digitally inventive exhibitions, which have drawn two million visitors in Tokyo — as difficult sells in a pandemic environment.

“Art is a risky enterprise, and in a period of distress, it’s exactly the wrong time to expect more investment,” said William Goetzmann, a professor of finance and management studies at Yale University who researches the art market. “If you are a nonprofit, you can appeal to donors to safeguard cultural heritage. If you are a for-profit company, an investor expects a return that’s commensurate with the risk.”

Industry leaders are finding themselves in a tricky situation where investor demands for growth contradict the realities of a sunken experience economy. In 2019, the arts, entertainment, recreation and hospitality industries were booming, contributing nearly $1.6 trillion in gross domestic product, according to the Bureau of Economic Analysis. But that number has dwindled in the absence of tourism; recent Port Authority data shows that international arrivals in New York, for example, were down as much as 93 percent.

“The galleries are empty,” a Fotografiska greeter said on a Sunday afternoon in December. There were only two more visitors in an hour. “Since we reopened, it’s been like this,” she added.

Last year, Fotografiska laid off a third of its work force at its Stockholm location and said it still expected to lose money. The museum founders also resigned. “I had a conversation with my board chairman who wanted me to continue another year,” Per Broman, who started the photography center with his brother Jan, told the Swedish newspaper Dagens Nyheter in October. “Then came the coronavirus.”

Despite these setbacks and an abandoned plan for a London outpost, the museum franchise announced the Berlin addition, housed in the historic Kunsthaus Tacheles.

“Being under capacity doesn’t worry me,” Yoram Roth, board chairman and majority shareholder of Fotografiska, said in an interview. “There are tough times ahead, but if I look at the next 10 years, I’m confident. I believe people will want to experience art again.”

The public’s appetite for experiencing art in close quarters is already being tested. In Asia, teamLab said its 13 exhibition spaces remain open — for now — in Japan, China and South Korea, but they have seen a drop in audiences compared to pre-pandemic levels.

“We’re assessing our operations and plans with a long-term view,” said Marcy Davis, chief operating officer for Superblue, which plans to open in mid-March in a 50,000 square foot industrial warehouse featuring teamLab’s digital creations, among others. The company will initially operate the center at reduced capacity, Ms. Davis says, but she predicts continuing demand for immersive art.

“Because of the large population base in South Florida, including more than six million people in the Tri-County area, alone, Superblue Miami is not dependent upon fly-in tourism,” Ms. Davis added. “All signs indicate that there will be an increase in day trippers driving to Miami from throughout the region, as well.”

“Big picture, the public interest in these kinds of experiences and our artists is only growing, and will likely increase even more after this long period of lockdowns.”

But the sobering reality of a prolonged pandemic is starting to sink in for other proprietors in the experience economy. “It’s definitely not smooth sailing,” said Jim Ward, a chief executive officer for Meow Wolf. “I have no doubt that immersive experiences can survive the pandemic; they just might look a little different.”

Unlike Fotografiska, which is sticking to in-person ticket sales as its main source of revenue, Meow Wolf has experimented with online programming to buoy itself through the pandemic. The company, which says it does not know when it will reopen, is replacing components of exhibitions that visitors would normally touch with augmented reality features through cellphones.

Leaders at both companies said that being for-profit enterprises has allowed them to operate more responsively to global events. At Fotografiska, the Black Lives Matter protests inspired staff to reorganize programming to accommodate an exhibit of Andres Serrano’s photographs of racist artifacts and propaganda.

For Meow Wolf, it means keeping shareholders invested in what the company insists is a mission-based focus: forging a community of artists.

“In a normal world — let alone a pandemic,” said Mr. Ward, “a social impact art project like ours that’s a nonprofit would not have a long shelf life,” arguing that business fuels artists’ creativity.

But members of the nonprofit museum world have doubts about the motivations of their for-profit counterparts, who are vying for the same audiences. “The return on investment for these spaces goes into the pockets of investors,” said Erika Sanger, executive director of the Museum Association of New York. “Nonprofits invest in the community.”

Ms. Sanger also criticized for-profit art centers like Fotografiska and the Museum of Ice Cream in Manhattan for calling themselves museums at all, when a museum is defined as a nonprofit institution with an educational or cultural mission.

Still, Ms. Sanger acknowledged the for-profits’ appeal at a time when traditional museums are hurting. “I would think lots of museums and nonprofits would be envious that experiential centers have investors who are putting up their money.”