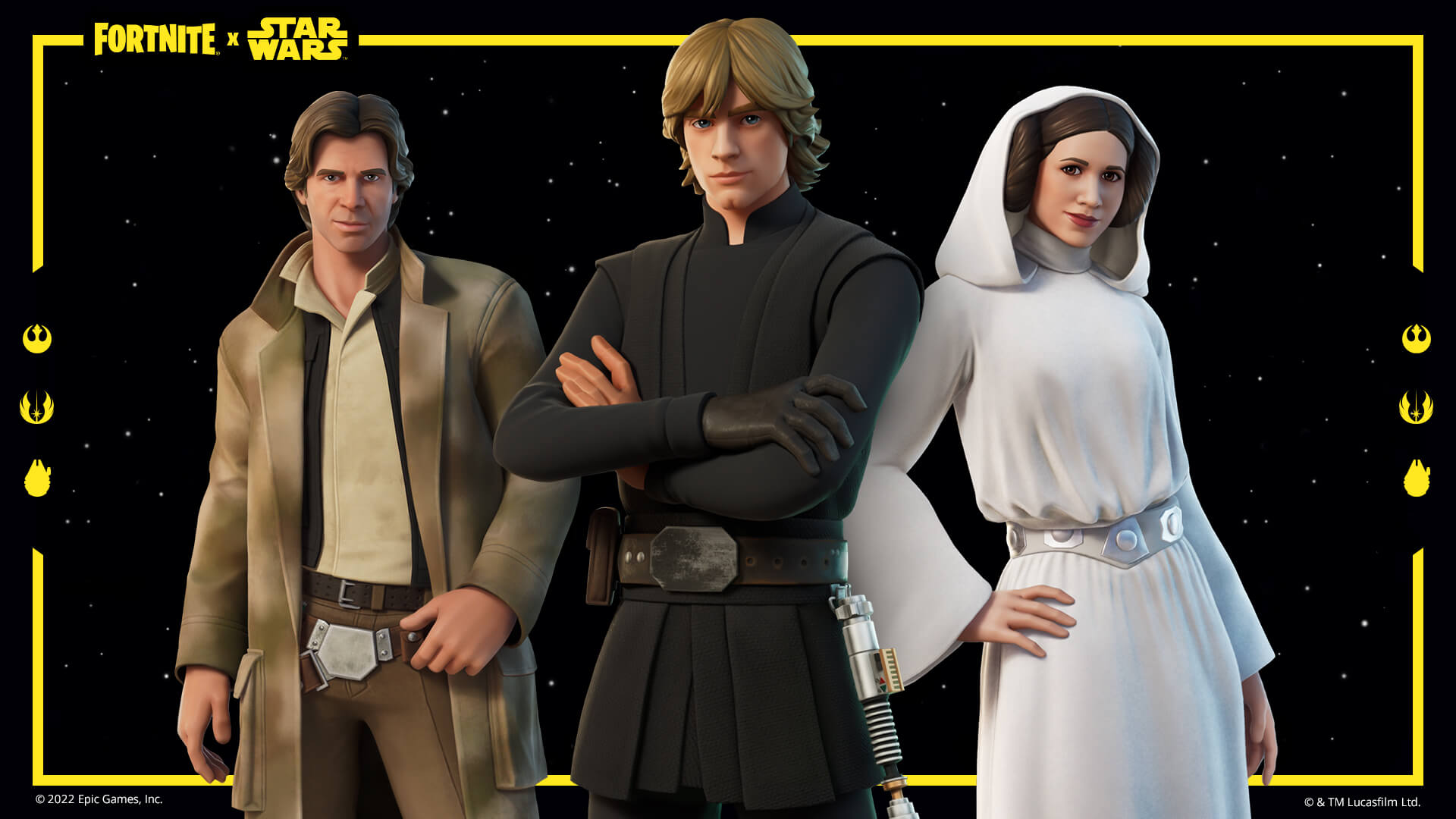 A set of brand new, Star Wars-themed cosmetics has arrived in Fortnite, along with the three biggest heroes in the galaxy.

Fortnite has so many different movie and character cameos it’s almost easier to say who’s not in it, with skins and items from mega franchises such as Marvel and DC Comics, as well as real-life celebrities like controversial rapper Travis Scott.

The v22.30 update not only brought an end to the Fortnitemares event, and its Halloween-themed quests, but also added another special: Skywalker Week.

The game has already featured numerous characters from the original Star Wars trilogy, such as the villain of all villains, Darth Vader, and the Imperial Stormtroopers, as well as Luke’s sensei Obi-Wan Kenobi.

The sequel trilogy’s protagonists, Rey and Kylo Ren have also made an appearance in Fortnite, along with the Mandalorian, after the Disney+ series became a hit.

Finally, Fortnite has added the OG trio to the rotation, meaning that Luke Skywalker, Princess Leia, and Han Solo are officially part of the game.

Darth Vader has also returned for you to fight and collect his lightsaber, but you’ll need to get through several Stormtroopers first.

You’ll also be able to collect two of Luke’s lightsabers, his blue one from A New Hope and his green one from Return Of The Jedi. They’ll be either tucked away in Imperial or regular chests or simply lying around on the ground if you’re lucky.

Here are all the other matching cosmetics that you can get with each character:

The E-11 blaster rifle from the movies will also be added to the game, and you can either purchase it through the item shop or try and find it in-game.

Moreover, try and find a junk rift in-game, as not only has it been unvaulted, but when you drop it, it might grant you Luke’s X-34 landspeeder to hold onto when you drop from the sky.

Skywalker Week will end on Tuesday, November 8 around 1pm GMT, so there’s still plenty of time to collect all the new Star Wars-themed characters and cosmetics.

However, if you’re not a huge Star Wars fan, there are a few other extras that got added to Fortnite with the v22.30 update.

By completing a new set of quests called the Chrome Punk Goals, you’ll unlock a Chrome Punk skin, alongside the Graveyard Rave loading screen and the Chromeseed back bling.

So even if Fortnitemares has come to an end, you’ll get one last chance to unlock some spooky-looking cosmetics.

From now on, though, keep an eye out for a Winterfest announcement, as the countdown to Christmas has officially begun.

To submit Inbox letters and Reader’s Features more easily, without the need to send an email, just use our Submit Stuff page here.

For more stories like this, check our Gaming page.