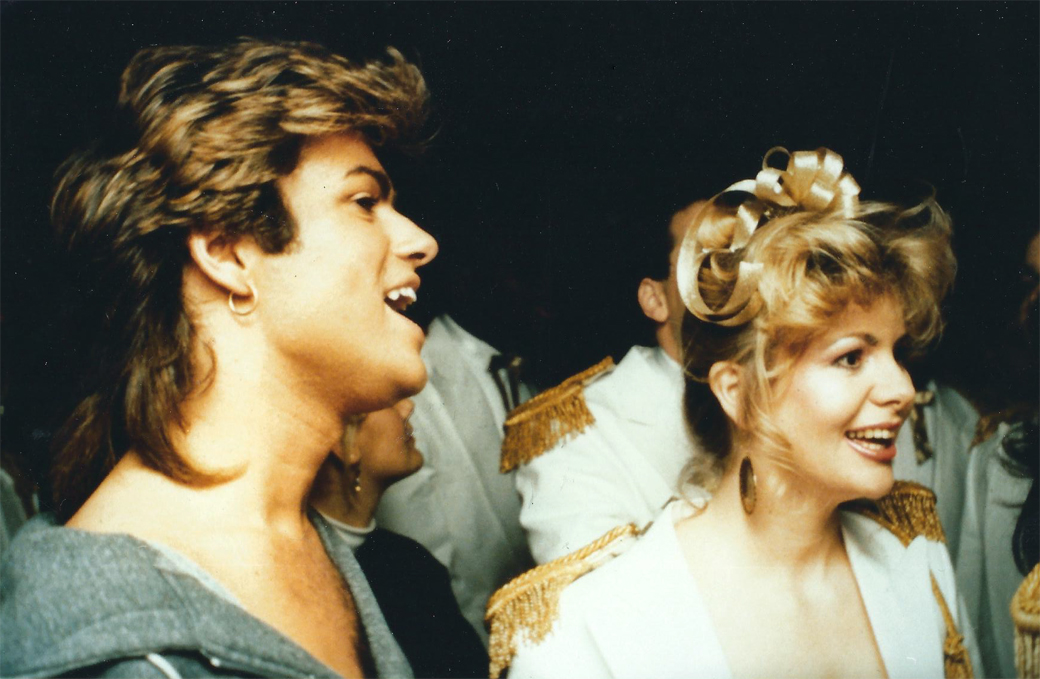 Moments after the tragic news broke that icon George Michael had passed away on Christmas Day 2016, I received a call.

Like most other people who had seen the news alert, I was in shock. However, I had to pull myself together as BBC Radio 2 were asking to speak to me.

I had toured with Wham! in the 1980s and it’s safe to say that George had had a huge impact on my life.

In 1981, I was a backing singer in my very first job working with Mari Wilson and the Wilsations. Through that, I heard that Wham! were auditioning for people to perform with them during live gigs, after their first single became a big hit.

The tour manager told me it was unlikely that I would get a look-in but I rang a couple of other session singer mates and rocked up anyway. George heard us jamming with the band and chose us as we were young, fresh and super ambitious. Even then, George knew exactly what he wanted! It felt incredible and we were very excited.

I had the most awesome few years touring with the band – it was literally like Beatlemania. I remember we played Whitley Bay Ice Rink, and while we were sound checking the crew found a couple of – literally frozen – fans who had stowed themselves away from the night before to get close to the front!

The first trip to the US was amazing; we played the Apollo Harlem and the Limelight club. Just two years later we went back and did a stadium tour. I remember playing on stage at about 11pm in blistering heat. We were supported by Chaka Khan and were told Elton John came to that gig – I mean why wouldn’t you!

We were the first Western band to play in China (Wham!’s management were making a film called Wham! In China: Foreign Skies), which was an incredible experience.

There was a funny moment when George and Andy were looking through some of the raw footage, and George decided his hair didn’t look quite right. The next moment, his sister Melanie – who has since also tragically passed away – who was a hairdresser, flew out to fix it. She was also absolutely lovely.

He was a bit of a perfectionist like that.

It also translated to his music. As much as me and my fellow backing singers wanted to appear on his tracks, he tended to do his backing vocals himself in the studio – with fantastic results.

He really had such extraordinary talent, it’s no wonder that five years on so many people still mourn for him.

Even after we stopped working together regularly, we stayed in touch. I was invited to his Cowboys and Angels 35th birthday party in 1998. I was heavily pregnant and had to go in fancy dress – I opted for a cowboy. George did too.

He had recently been in trouble with the police after being arrested for performing a ‘lewd act’ in a public toilet. Known for his cheeky sense of humour, the invites to the party read: ‘Please note there will be no public conveniences so please go before you come’.

Even through his stardom, he stayed genuine. George was very much a family guy; his dad ran a restaurant in North London and would often invite the whole band there (I remember being introduced to fried zucchini).

They were a close family and, after his mother passed away, he and I spoke at length about losing someone to the vile disease that cancer is. My mother-in-law had recently died; she was young, just like George’s mum.

The last time I saw him, I bumped into him as he was heading for an interview. If I had known it would be the final meeting, I’d have given him an extra big hug.

It took a couple of weeks for it to really sink in that he was gone, and all these years on, he is still such a legend, remembered for all the right reasons. George was kind, funny, incredibly generous and made time for everyone. One of the most talented and nicest guys in showbiz.

RIP George…. you were such a hugely important part of my life.