Provence’s once-maligned maritime hub is drawing chefs, artists and entrepreneurs in search of a fresh start. 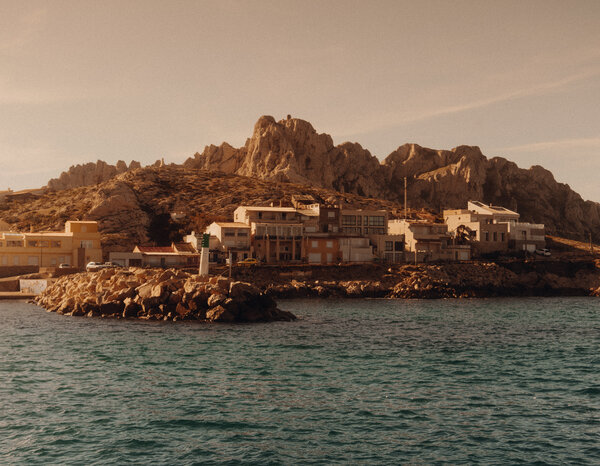 Welcome to T Wanderlust, a new travel newsletter from the editors of T Magazine. Twice a month, we’ll recommend global destinations and hotels worth visiting. Sign up here to find us in your inbox every other Friday, along with our T List newsletter each Wednesday. And you can always reach us at [email protected].

Of all the prominent destinations in the south of France, Marseille has been the most overlooked. But as Provence’s maritime hub shows a new creative spirit, the city is getting the kind of attention it hasn’t experienced since it was a European Capital of Culture in 2013. Long maligned for its gritty veneer, municipal dysfunction and economic inequality, the sprawling metropolis has never left French or foreign visitors indifferent. They either want nothing more than a brief stopover or find themselves instantly hooked on its seaside beauty and frenetic energy — a sentiment that some locals insist has everything to do with its Greek roots and port-town identity, distinct in every way from the rest of the country.

France’s oldest and second-largest city by population (around 877,000 people), Marseille shares more in common with Algiers or Naples than neighboring Aix-en-Provence by dint of its history and coastal geography. Its foundation is built on a patchwork of immigrant communities (Armenian, Italian, Comoran, Spanish and North African, to name just a few). It’s a place where cultural movements like Afrofuturism and underground electronic music flourish, where soccer is the great equalizer and where, as the filmmaker and author Vérane Frédiani put it in her 2021 book, “Marseille Cuisine le Monde” (“Marseille Cooks the World”), people flock for a fresh start. That’s ultimately what has pulled in droves of Parisians (nearly one in 10 home buyers in Marseille are from the capital region, Île-de-France), among them chefs, artists and entrepreneurs, to begin anew after 2020’s lengthy lockdowns.

That the flood of newcomers set their sights on Marseille is a testament not only to its most obvious gifts — 300 days of sun per year and instant access to nature (the deep limestone inlets of the Calanques National Park are less than a 30-minute drive away) — but also to its evolving assets. “The food has always been a reflection of its population, but it keeps getting better, more inventive,” says Ezéchiel Zérah, the Marseille-born founder of the newsletter Pomélo, who is currently working on a book about the city. “It’s where Paris may have been eight to 10 years ago.”

Beyond the vibrant culinary landscape, there’s a booming music scene, contemporary art galleries and large-scale cultural and preservation projects such as the Cosquer Méditerranée, a new museum that replicates the prehistoric underwater Cosquer Cave and its Paleolithic artwork. Some grumble that all of these developments will inevitably beget gentrification. Others see them as a way to transform the city into the cultural cradle it deserves to be. Where there is consensus, however, is that Marseille has never been a more dynamic place to visit.

One of few hotels set directly on the Corniche, a three-mile waterfront roadway, the 19-room Les Bords de Mer from the Les Domaines de Fontenille collection occupies a restored Art Deco hotel overlooking the Catalan beach. From each of the guest room balconies to the heated rooftop pool, travelers get unobstructed views of the coast as well as of the Frioul archipelago in the distance, home to the Château d’If fortress of “The Count of Monte Cristo” fame. None of the usual totems of Provençal design — lavender, rattan furniture, terra-cotta tiles — make appearances. Instead, clean minimalism, as imagined by the owner Guillaume Foucher, the interior designer Béryl Lelasseur and the architect-designer Yvann Pluskwa, lets the azure backdrop do the heavy decorative lifting, especially in the sea-level Susanne Kaufmann spa. lesbordsdemer.com

“A spot made for friends, dreamed up by friends”: That’s how the co-owners Greg Gassa and Fabrice Denizot describe their five-room guesthouse (it will grow to eight next year) in Les Goudes, a peaceful fishing village on the edge of the Calanques National Park. The look of the property, which was once home to a free-diving school, was inspired by Le Corbusier, well known for designing Marseille’s most iconic and avant-garde housing structure, the Cité Radieuse (see below), with a subtly nautical scheme by the interior designer Marion Mailaender (most recently of the boutique hotel Rosalie in Paris). In the restaurant, rising culinary stars Sylvain Roucayrol and Paul-Henri Bayart offer fresh sea bream sashimi and baked cuttlefish, while Mediterranean snacks — try the harissa-dusted panisse — are served at the new terrace bar upstairs. tuba-club.com

After working at Le Pré Catelan and Semilla in Paris, the chef Matthieu Roche returned to Marseille, where he studied, to open his first restaurant in the Sixth Arrondissement with his partner, Camille Fromont, who oversees the wine selection. In a busy dining room, which features work by the Parisian multidisciplinary artist Alexandre Benjamin Navet, the neo-bistro kitchen turns out a cold tomato tagine with peppers and chickpeas and line-caught red tuna with a watermelon granita, crisp green beans, baby cucumber and crushed peanuts, among other dishes. ourea-restaurant.com

Already known for heritage restaurants such as Chez Yassine and Tam-Ky and multiethnic food stalls, the Noailles neighborhood became even more of a culinary hub when it welcomed Julia Sammut, a former food journalist and the co-founder of Le Fooding, one of France’s leading food guides. It began with L’Epicerie Idéal, her now-iconic specialty store inspired partly by her Mediterranean roots, and continued this year with the launch of L’idéal, a restaurant that smacks of a Florentine trattoria. There’s natural wine and rigorously seasonal dishes made with ingredients and condiments sourced from the same producers consumers can find across the street at her grocery; the selection includes everything from orgeat syrup and harissa concocted by the chef to fresh greens like puntarella grown by a local organic farmer. The menu rotates daily, but the two constants are pasta alle vongole on Wednesday nights and rotisserie chicken with fries for Sunday lunch.

This wine bar restaurant from the Small Group (also behind La Mercerie) attracts an international crowd as much for its selection of natural wines, including orange wines like Michel Michel, a 100 percent sémillon from Lestignac in the Dordogne, as it does for its short menu of small plates by the chef Valentin Raffali. Expect deconstructed moules frites, pizzettes made with sourdough from the Small Group’s cafe-bakery Pétrin Couchette and desserts that weave in sorbets with interesting flavors like peanut and blood orange from the local ice cream shop L’Eléphant Rose à Pois Blancs. livingstonmarseille.com

When the Marseillais designer Ora-ïto, a.k.a. Ito Morabito, bought the rooftop space that formerly served as the gymnasium and solarium of the Cité Radieuse, Le Corbusier’s 70-year-old Brutalist masterpiece, he didn’t intend to turn it into a museum. But that’s effectively what happened when he opened his experimental exhibition space MAMO (a play on New York’s MoMA) in 2013 and welcomed the public, free of charge, to discover the work of international sculptors, collectors and conceptual artists. His most recent exhibition featured a site-specific tribute to history and sport called “Le Modulor du Basketball” by the American artist Daniel Arsham. It will be followed next June by the work of the Congolese sculptor Rigobert Nimi in a show co-organized with the Italian French art collector Jean Pigozzi. mamo.fr

For the art historian, curator and multidisciplinary artist Emmanuelle Luciani, this late-19th-century home, which belonged to her great-grandfather, is partly an anchor for creative work (both her own and that by artists such as the French product designer Jenna Kaës and the French American sculptors Bella Hunt & Ddc, whom she represents). But the property, located in the residential Mazargues neighborhood, also features rotating exhibitions of paintings, objets d’art and furnishings with an emphasis on Arte Povera and sculptural pieces that nod to soccer fan culture. “What makes Marseille different from anywhere else in France, especially in the art world, is its lack of pretension,” says Luciani. “It’s a place where people navigate high and low culture without issue.” Inside the home, which doubles as an artist’s residence and two-room inn loosely inspired by William Morris’s Red House, a house-museum in London symbolic of the Arts and Crafts movement, visitors experience the union of fine and decorative arts everywhere from the Baroque ground-floor salon, with its pastel-colored Andrew Humke fresco inspired by iconic Egyptian, Roman and Greek motifs, to the bedrooms featuring headboards, desks and wall hangings by Luciani and her collective of artists. southwaystudio.com

Occupying a former tobacco factory in the city’s Third Arrondissement, this 30-year-old cultural and community center continues to serve as one of the city’s most inclusive artistic destinations. Functioning not only as an incubator, theater school and exhibition and concert space but also as a skatepark and rooftop hangout, La Friche hosts more than 600 events per year, including music festivals, performances (the English choreographer Jonathan Burrows and the Italian composer Matteo Fargion recently showcased their duet “Speaking Dance/Rewriting”) and art fairs like Art-o-Rama, the south of France’s foremost event highlighting international contemporary artists and emerging local talent. lafriche.org

What to bring home, as suggested by locals we like

“You see these colorful, block-printed cotton shirts throughout Provence, but their origins are Indian,” says Zuri Camille de Souza, a chef originally from southwestern India but based in Marseille since 2018. Originally called Indiennes, these printed fabrics in largely floral motifs arrived from India through the port of Marseille in the 17th century. Textile houses adopting the technique proliferated thereafter, including Souleiado. “The aesthetic is so familiar to me since I grew up with the pattern on our clothing and bed linens,” says Camille de Souza. “I love seeing it in such a different landscape.” From around $199; souleiado.com.

“Juliette [Mouette] is a super-talented Marseillaise jeweler whose work I love,” says Maryam Kaba, a dancer and choreographer and the founder of the local dance-fitness company Afro Vibe. “She transforms silver and gold from vintage jewelry that she finds at flea markets into new creative pieces, from rings incorporating colored resin to hook bracelets and chain necklaces featuring thunderbolts, a motif borrowed from the local tattoo artist [and painter] Bobar.” Custom pieces, repurposed from client heirlooms, are available upon request. From around $36; ateliercapobianco.com.