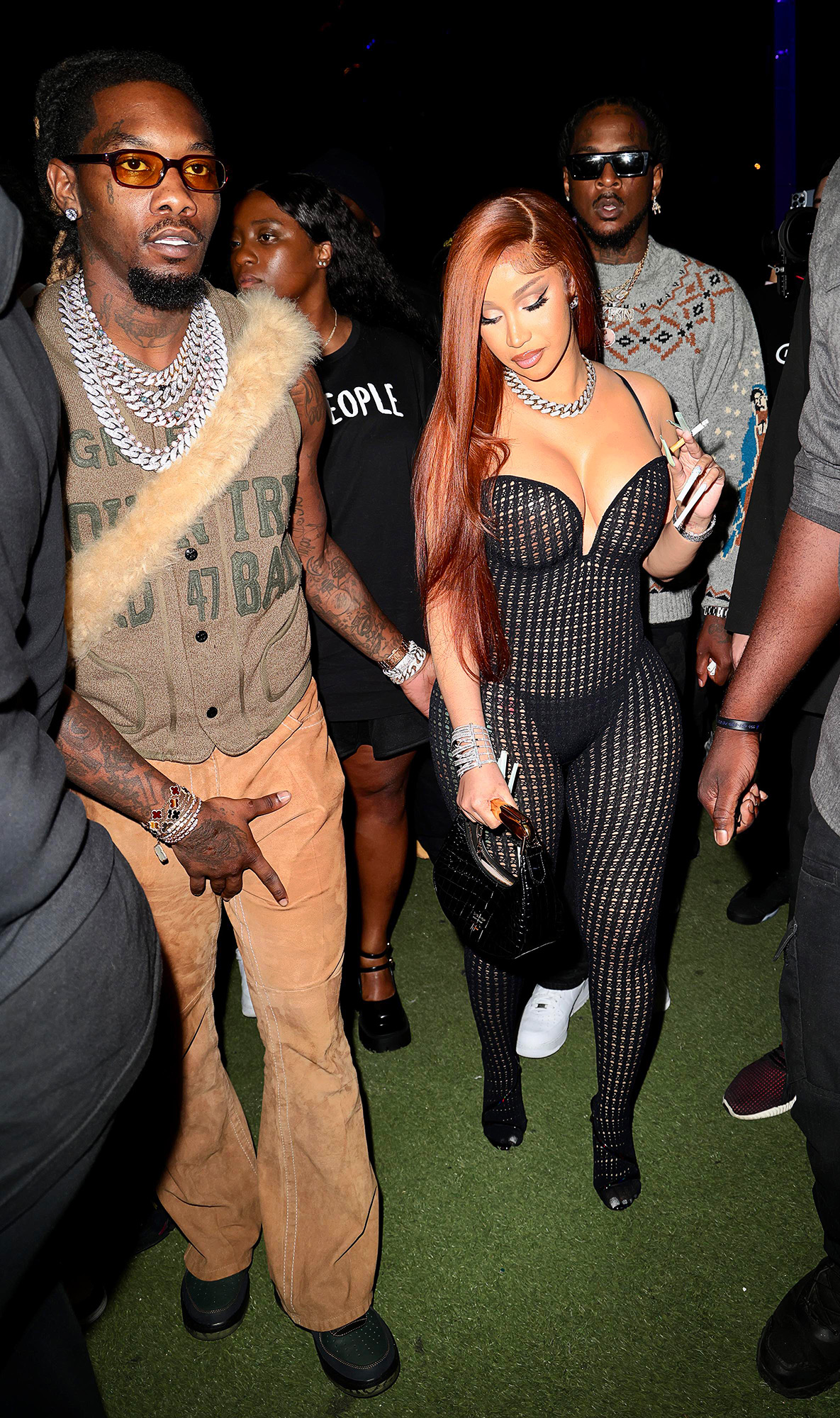 Honoring his family. Offset paid tribute to late Migos member Takeoff during his first performance since the artist’s death with Cardi B by his side.

“We are going to go Takeoff crazy in here,” the “Clout” performer, 30, said to the crowd at the E11EVEN Miami on Thursday, December 1. “I’m doing this for my brother.”

At the venue, Offset was joined by wife Cardi B, 30, and friends, including Chance the Rapper. The “Bodak Yellow” cheered on her partner as he performed a number of his songs and several Migos songs including, “Fight Night,” “Ric Flair Drip,” “Bad and Boujee” and more. While on stage, his entourage threw money into the crowd.

Offset also included “Tomorrow 2,” a duet with his wife, on his set. While the “I Like It” artist didn’t join in on stage, she did rap along from her spot. Once the song was finished the “Code” musician told the crowd, “My girl, don’t play. She the best.”

Offset’s performance comes one month after the untimely death of Takeoff, who died on November 1. The rapper (born Kirshnik Khari Ball) was at a bowling alley in Texas for a private party with fellow Migos member Quavo when an altercation broke out. When authorities arrived at the scene, they found multiple people were shot. Takeoff was pronounced dead at the scene. He was 28.

A representative for the police department later confirmed the musician’s death and ruled it as a homicide, according to documents obtained by Us Weekly at the time. In a report from the Harris County Medical Examiner, it was noted that “penetrating gunshot wounds of head and torso into arm” was the official cause of death.

When news broke of the musician’s death, Cardi B and Offset honored the late artist on social media. The “Press” rapper shared a video of Takeoff sharing how important family was to him.

“My dudes gave me this ring,” the late entertainer said in the interview with Complex Music about a ring that featured a photo of him and his mom. “It’s always going to stay with me, too. I ain’t never going to take it off.” 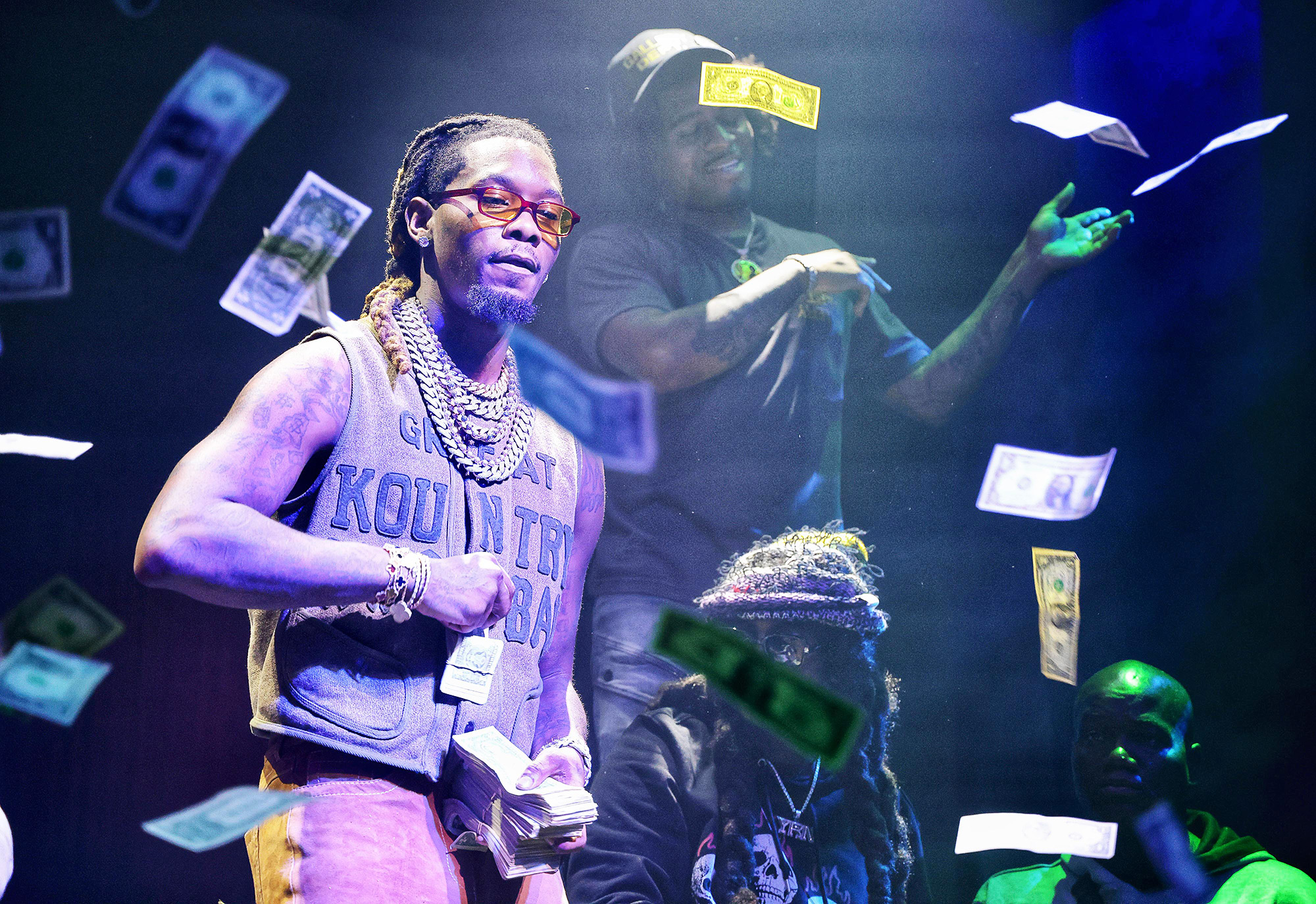 The following day, Offset changed his profile photo to a pic of Takeoff smiling for the camera with a heart emoji.

A funeral for the artist took place 10 days after his passing. He was honored by family, fans and famous friends at the State Farm Arena in Atlanta.

Offset, Takeoff and Quavo, 31, rose to fame when they formed the trio Migos and released their first mixtape in 2011. The group went on to receive two Grammy nominations and debuted their fourth album Culture III, in June 2021. Earlier in the year, the Atlanta actor and Takeoff hinted that Offset’s time with Migos was wrapping up.

Migos’ Offset, Takeoff and Quavo’s Ups and Downs Through the Years

“It was all about Migos, Migos, Migos. The three of us,” Quavo told GQ in July amid speculation of a feud. “I feel like every group member has to establish themselves. Their own body of work. If not, you start losing members.”