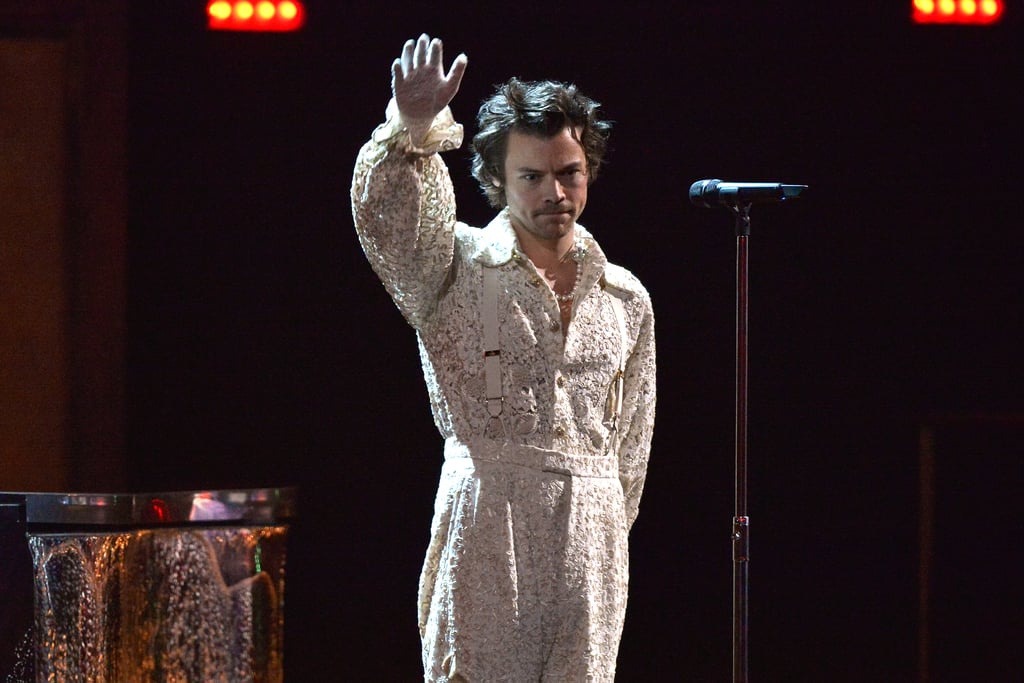 Harry Styles Stopping a Concert in 2019

In the wake of the fatal crowd surge at Travis Scott’s Astroworld festival on Nov. 5, people across social media are using the incident to raise awareness about crowd safety during live performances. On Friday night, Scott paused his performance after he spotted an ambulance in the 50,000-person audience around 9:30 p.m., when the Houston Fire Department reported a “mass casualty incident.” At the time, 25 people were being transported to the hospital, but Scott continued his set until 10:15 p.m., playing for nearly half an hour while the danger in the crowd persisted.

Fans across social media have openly expressed their outrage at Scott for performing under such critical circumstances, and the singer is currently being sued by multiple people who suffered lasting injuries from the crowd surge. A day after the festival tragedy, Scott posted an apology on Twitter, writing, “I am absolutely devastated by what took place last night. My prayers go out to the families and all those impacted by what happened at Astroworld Festival. Houston PD has my total support as they continue to look into the tragic loss of life. I am committed to working together with the Houston community to heal and support the families in need.”

The chilling truth is that the Astroworld festival is not the first time concertgoers have lost their lives due to negligence. Standing-room-only concerts are some of the most dangerous to attend, according to safety guidance expert Paul Wertheimer, and the layout of the festival itself has since been cited as the primary cause of the Astroworld tragedy. Authorities are currently conducting a criminal investigation surrounding the incident, and everyone involved — including Live Nation, the promoter for the Astroworld festival — are cooperating.

Despite cooperation from the venue and promoter during the investigation, the physical, mental, and emotional suffering that resulted from the events at this year’s Astroworld show cannot be undone. In an attempt to prevent such tragedies from happening again, people across social media are sharing clips of Harry Styles, Lady Gaga, Teyana Taylor, Linkin Park, Billie Eilish, and more artists who stopped their shows to help those in need and didn’t continue until they were sure everyone was OK. See some of the heartwarming moments for yourself ahead.