This is the web version of our Watching newsletter, in which Margaret offers hyper-specific viewing recommendations like these every Monday and Friday. Read her latest picks below, and sign up for Watching here.

This weekend I have … 11 minutes, and I’m tired of the same old schtick. 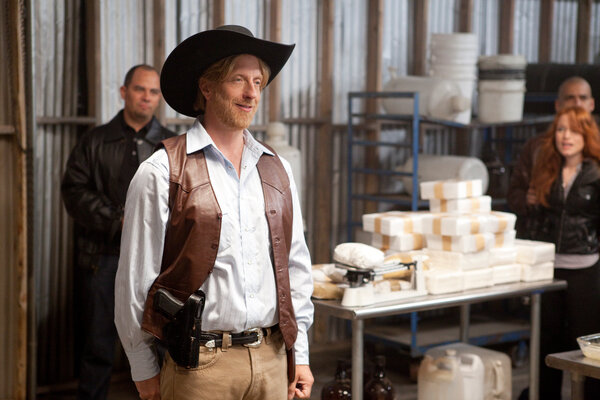 ‘Eagleheart’
When to watch: Now, on HBO Max.

“Eagleheart” aired on Adult Swim from 2011-14, and now its three brilliantly strange seasons have made their way to HBO Max. Chris Elliott stars as Chris Monsanto, a U.S. Marshal with a deadly set of skills and two new sidekicks. But this isn’t really a cop show. Instead, it is only marginally tethered to reality — think “Sealab 2021” or “At Home With Amy Sedaris” but with absurdist violence, digressions into “Newsies”-like musical numbers and bezoars that turn into full human beings. If you still think about “Get a Life,” watch this.

… a half-hour, and I’m not much for princess stuff.

Season 12 of “Bob’s Burgers” kicks off with the parents and the kids split into different stories: Linda gets way too attached to a floral arrangement in the shape of a dog, and Louise gets roped into a “pixie princess promenade” in the park, which she hates. “Bob’s” remains one of the loveliest shows on television, funny and oddball-affirming. If you find yourself often trapped in the endless decision-chicken loop of “Oh, I don’t know, whatever you want to watch,” just make it a household policy to always pick “Bob’s Burgers.” You will never be disappointed, and you might wind up with a dog-shaped floral arrangement of your own.

… a few hours, and I like lawyer shows with a little something extra.

‘Goliath’
When to watch: Arrives Friday, on Amazon.

The fourth and final season of “Goliath” is here, in all its high-budget glory, with Billy Bob Thornton returning as a gifted, self-destructive lawyer who is now taking on the opioid industry. Thornton remains fantastic, and this season also counts J.K. Simmons and Bruce Dern among its guest stars. My personal tolerance for dream sequences is pretty low, so the first few episodes here pushed me close to my line. But if you like a good woozy hallucination or a warped song-and-dance number, you’re in for a treat.