Last night marked the first of two nights of Democratic candidates squaring off in debates hosted by CNN.

The big story from last night was how Sens. Bernie Sanders and Elizabeth Warren, the highest-polling candidates on the stage, teamed up instead of taking CNN’s bait.

Though the debate was billed by some as a showdown between two of the giants in the race, Sanders and Warren joined forces against a barrage of attacks from lesser-known moderates. Moderators tried to incite a conflict between the two, but to no avail.

You should also read:

Mayor Pete Buttigieg has a plan to address systemic inequality for black Americans — but he was barely able to talk about it on the debate stage.

Katherine Miller on why people like Marianne Williamson: “This is, to understate it, a weird moment in American history, and we end up maybe slightly keen to people who have arguments about why things are so bad.” 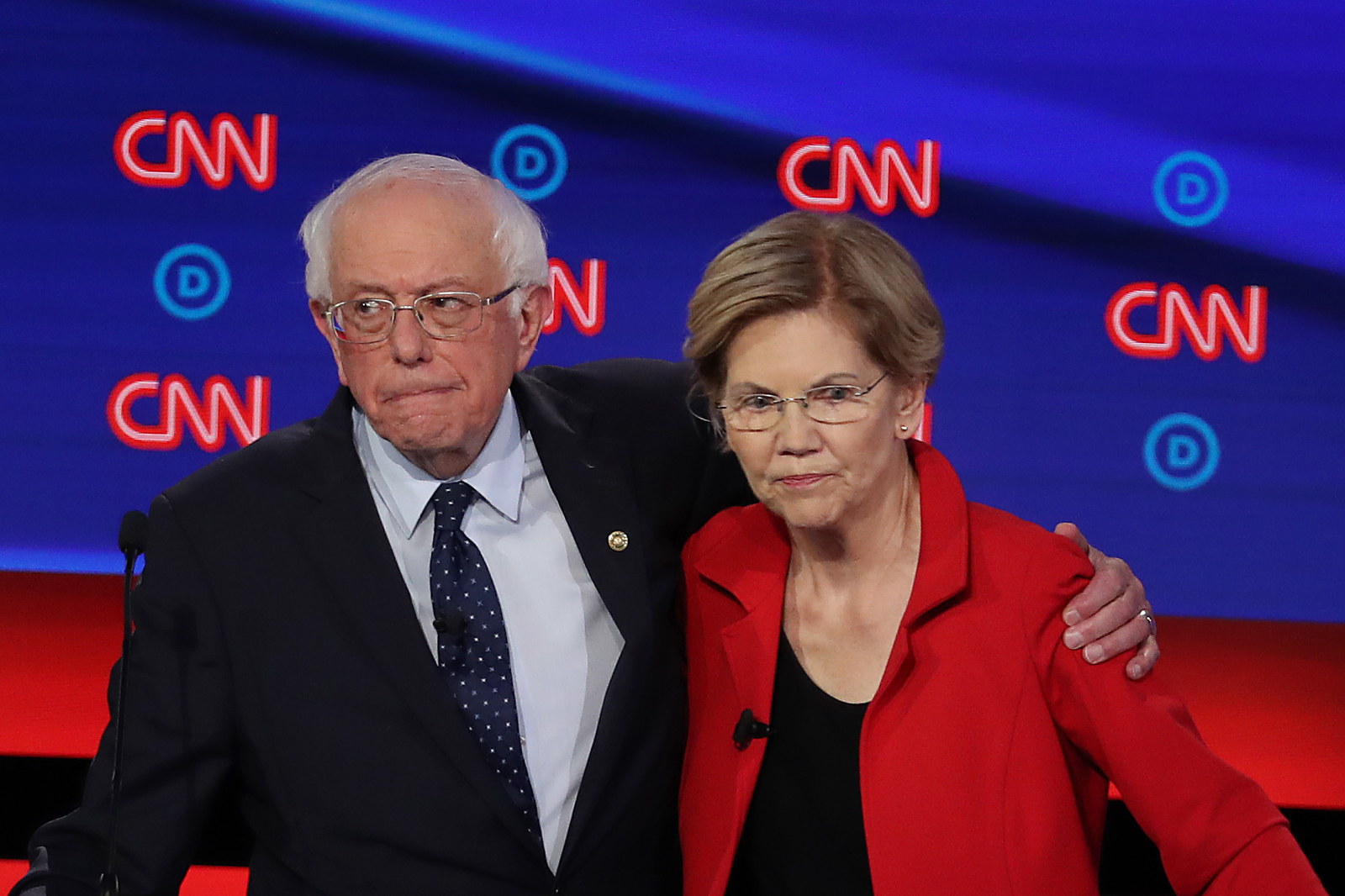 The debate brought us some amazing GIF moments. We also collected the best tweets of the night — this one was my favorite:

After an 18-month investigation, a congressional report found that Olympic organizations and the FBI “fundamentally failed” to protect hundreds of young women from former Olympic gymnastics doctor Larry Nassar, who was convicted of sexually abusing young athletes for decades.

The report outlines how federal authorities, the US Olympic Committee, USA Gymnastics, and Michigan State University failed to stop Nassar. The investigation found that Olympic organizations hid the extent of Nassar’s crimes from the public and athletic community “to the detriment of dozens of women and girls who were sexually abused during this period of concealment.”

The ACLU is accusing the Trump administration of wrongfully separating families at the border. After a judge gave the government leeway to keep separating immigrant families if parents had a criminal history or were deemed unfit, the American Civil Liberties Union claims the feds have pushed that line too far.

Two Chicago moms who were part of Mothers Against Senseless Killings were shot and killed at the spot where they fought to end gun violence. Chantell Grant and Andrea Stoudemire were killed at the same corner where they spent their days trying to make their neighborhood safer. Chicago police have not arrested anyone so far and do not know the motive for the shooting.

Grant Thompson, creator of the King of Random YouTube channel, has died. Thompson, who ran the popular science-focused channel, died in a paragliding crash in southern Utah, authorities said. He was 38 years old.

The Bachelorette got engaged but it exploded in her face and fans can’t handle it. After Hannah Brown chose Jed Wyatt, the rumors ended up being true: Jed is a fuckboy and America is pissed. Hannah threw the engagement ring and the people cheered. Then, maybe, a happy ending. It’s a lot. Tyler Cameron deserved better. Who will survive in America.

It’s still the early days of the Boris Johnson government in the UK, so the new prime minister is busy assembling his top team of advisers who will work with him in 10 Downing Street.

But just because it’s early days doesn’t mean it’s too early for the theatrical chaos that has followed much of Johnson’s career to imprint itself on this process.

From a Great British Bake Off judge’s son to someone who published naked pictures of students in a magazine called Intercourse, here’s the new team running the UK behind the scenes.

Johnson’s chief aide will be Dominic Cummings — you should read our in-depth piece about how Cummings, a divisive figure, took control early.

This summer has been brutal for heatwaves in much of the US and Europe. In order to cope, people are finding inventive ways to cool off.

Gabriel Sanchez assembled a brilliant photo essay of people cooling off around the world, and every photo made me incredibly refreshed. This one, from a watergun fight in the Netherlands, just made me happy: 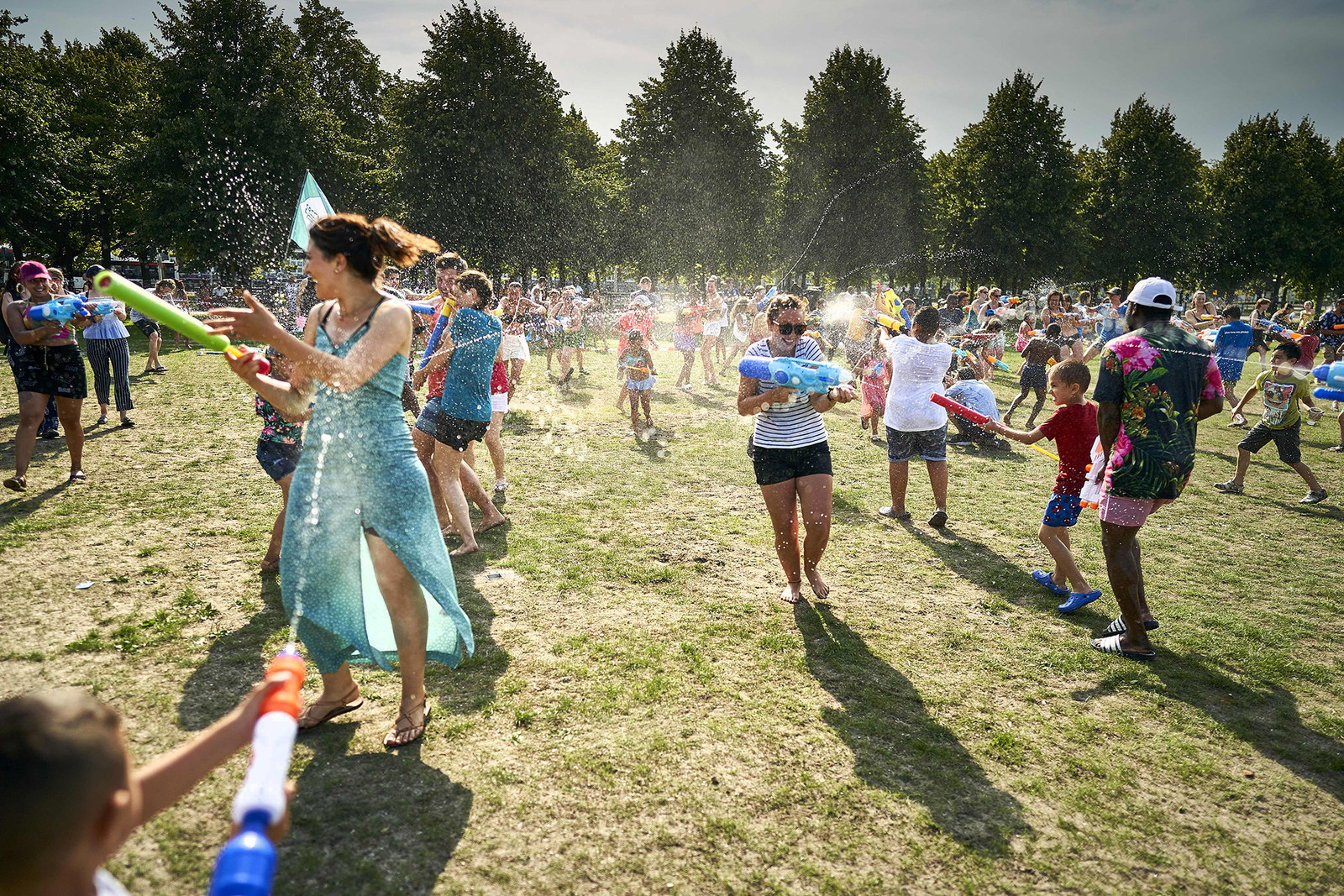