A blessing in disguise? Julianne Hough is putting Artem Chigvintsev’s Dancing With the Stars departure into perspective. 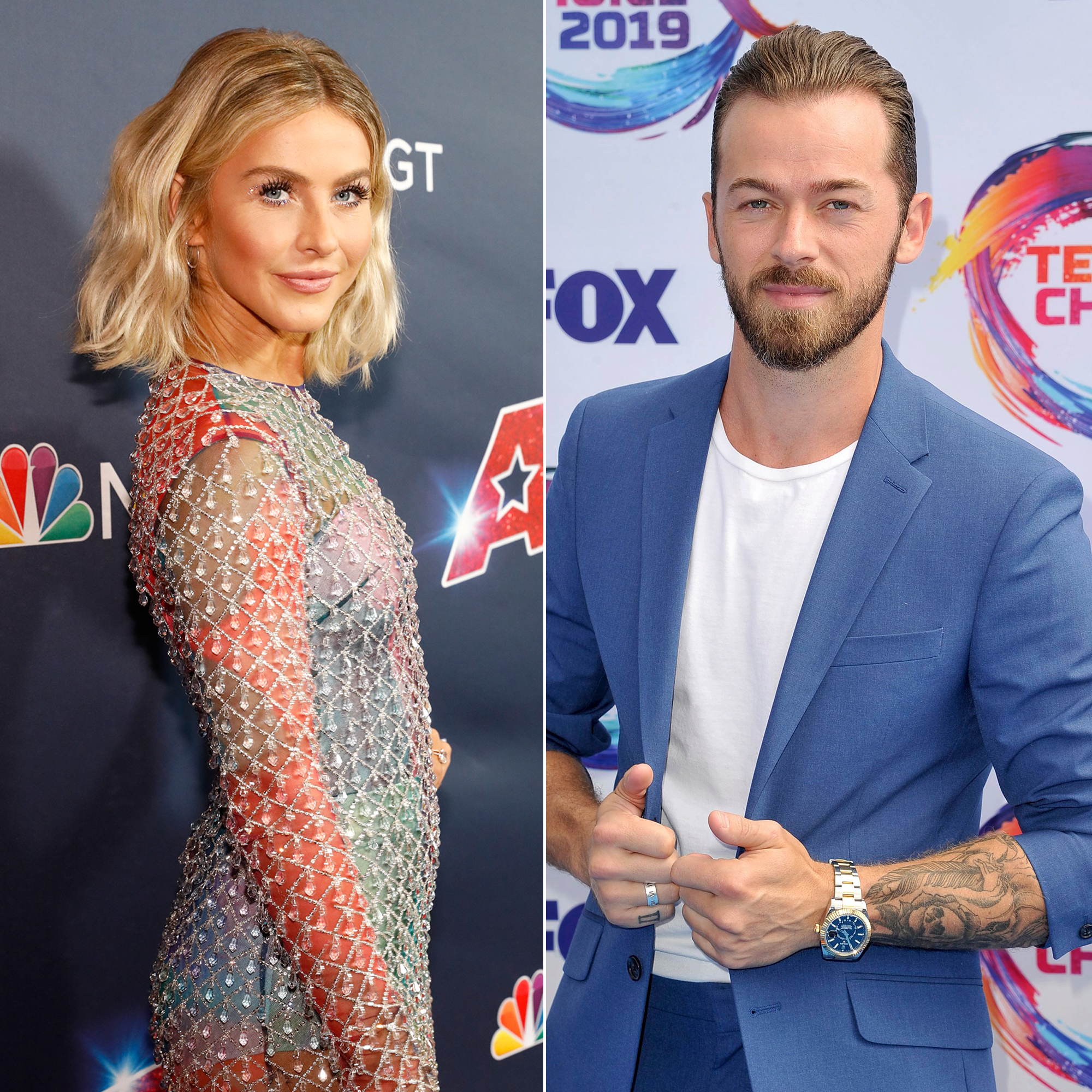 “It’s nothing personal to anybody,” the America’s Got Talent judge, 31, told Us Weekly and other reporters at the NBC show’s live screening and red carpet on Tuesday, September 10. “It’s a business thing [based on] what the public wants and needs. People are going to try things.”

The actress went on to say that this might end up being a positive step for the Strictly Come Dancing alum, 37. “Sometimes, the greatest part of not being asked is actually an opportunity for more to open up for you,” Hough explained. “I have one instance in my life where somebody didn’t ask me back to something and it was really a dig to my ego a little bit, but it was actually what I needed the most in my life, but I never would have had the courage to quit myself. For a lot of the people that maybe didn’t get asked back, or there’s been a shakeup, just focus on what else there is out there and keep your eyes open and let your heart open.”

“It was a massive shock,” he said on an August episode of his girlfriend, Nikki Bella, and her sister Brie Bella’s “The Bellas Podcast.” “It’s not even a job, it’s a lifestyle if you’ve been doing it for a very long time. There was never a thought in my mind that I’m not going to be doing it. There’s always a chance, as a pro, you might be doing some performances on the show and there’s still an involvement in some sort. But getting this call, [hearing] ‘There’s gonna be no involvement in the show from now on,’ it’s like going through a breakup after 10 years.”

Chigvintsev joined the ABC show as a dance troupe member in season 18 and was promoted to a professional dancer the following season. As for Hough, she became a pro in 2004, went on to win the competition twice and judged the show before her December 2017 exit.

Now that she’s on America’s Got Talent, the Emmy winner is excited for viewers to watch the “damn good finale” after an “incredible” semifinal. “I don’t even know who is a weak link,” she told Us on Tuesday. “Like, everybody was outstanding.”

America’s Got Talent airs on NBC Tuesdays at 8 p.m. ET.

With reporting by Emily Marcus