The Pope has to meet with a lot of people, so Mumford & Sons front man Marcus Mumford might have been taking up too much of his time when the leader had a sneaky look at his watch to wrap things up.

The musician was invited to participate in the Vitae Summit at the Vatican this summer, where he got to meet the leader of the Catholic Church.

But while His Holiness suggested they spent a moment praying together, after a few seconds he decided it was enough.

‘You have a private moment to meet him and I was in line and he was sitting down so I knelt down and I think he thought I was taking a knee but I wasn’t and he said stand up,’ Marcus told talk show host Jimmy Fallon when detailing the encounter.

‘The only thing he said to me was, “will you pray with me” and where I’m from, I’d love to.

‘I slap an arm on his shoulder and say a quick prayer for him.’ 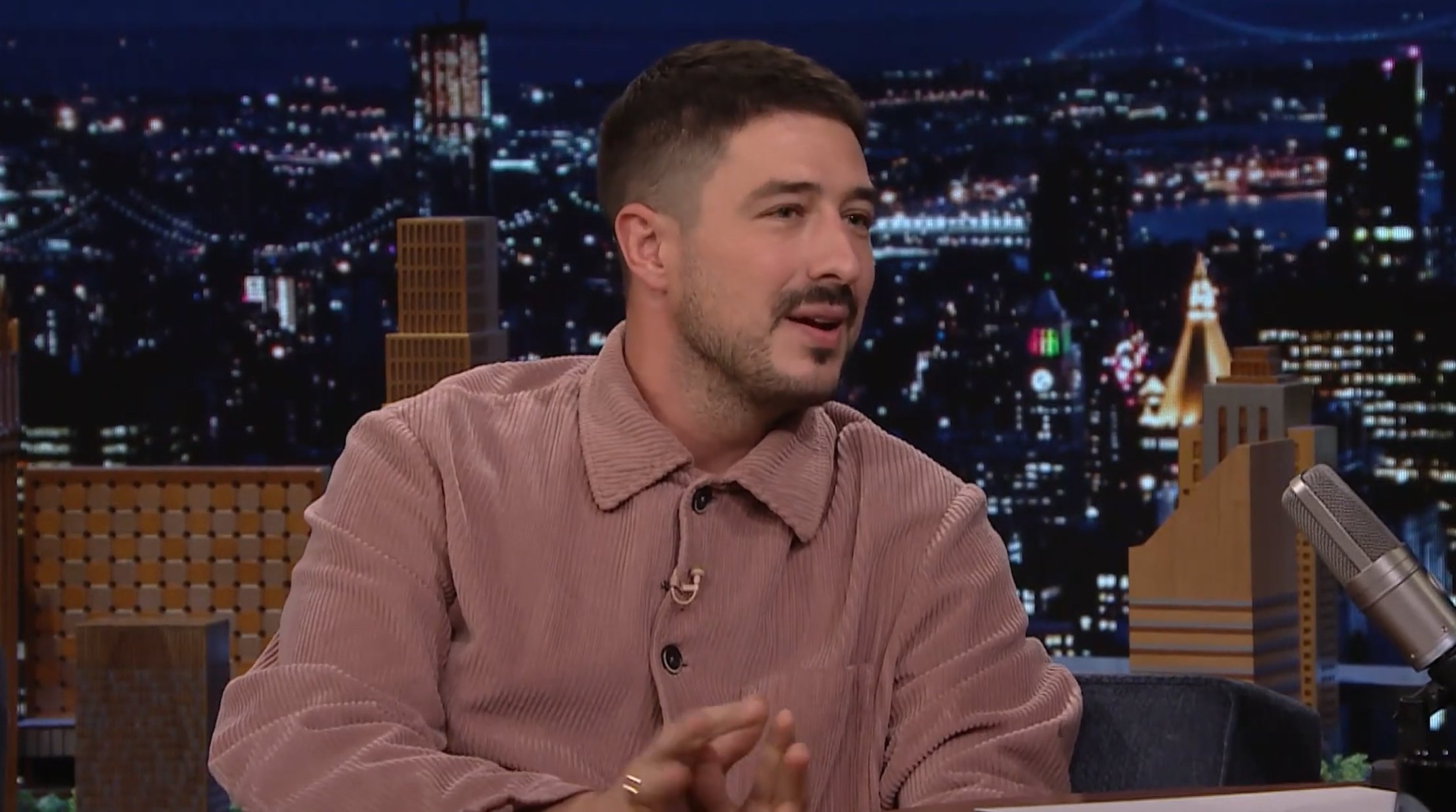 At the same time one of his friends was filming what was unfolding but after about eight seconds, the Pope did a sneaky side eye to check his watch during the prayer.

‘He just does a little cheeky check of the watch,’ he said.

Then playing the video for Jimmy and the studio audience, laughs erupted as they watched what played out.

‘You can’t write that. That is classic,’ Jimmy said.

‘He meets so many people. It must be rough,’ Marcus added.

Jimmy had a lot of questions to ask about getting to meet the Pope and whether Marcus was overcome with nerves or was restricted by lots of rules, but he seemed pretty chill about the whole affair.

‘I had zero responsibilities, so I was up for it. I didn’t have to do or say anything,’ he said.

‘As Pope’s go, he seems like a good one, but historically speaking the bar is pretty low.’

Also speaking on the show about the release of his solo album, Self-Titled, Marcus shared how he managed to get Steven Spielberg to direct the music video for his track Cannibal, which was filmed on a mobile phone.

Before the song was released, Marcus also shared that it detailed abuse he suffered as a six year-old, which his mum only discovered after he played the track for her.

He then went on to write Grace, a song about the conversation he had with his mother, which is the second track on the album.

The Tonight Show Starring Jimmy Fallon airs on NBC in the US.