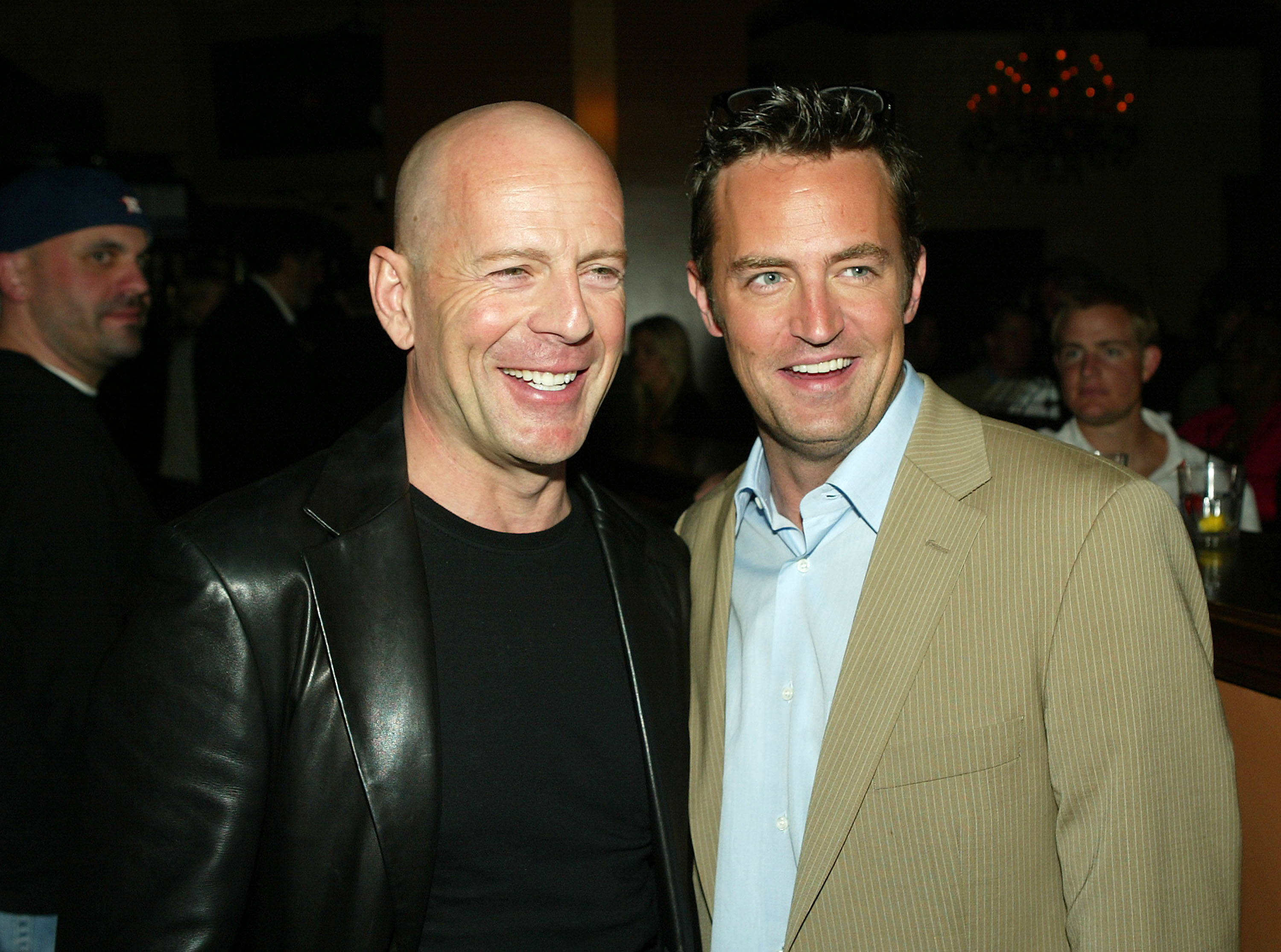 Matthew Perry has recalled how he took drastic measures to impress Bruce Willis with his partying.

The Friends actor has detailed his addiction battle in his new book Friends, Lovers and the Big Terrible Thing, including how it impacted his health, as well as his career and A-list dating life.

In one chapter, Matthew, 53, recalled working with Bruce, 67, on the 2000 crime comedy The Whole Nine Yards and how he attempted to hide his addiction from his famous co-star.

During filming, Die Hard actor Bruce would reportedly hire an entire hotel floor to host a party – named Club Z – for the cast and crew every night.

However, Matthew feared he would struggle with the partying and being able to show up on set each day at 6am, so bought a large batch of 100 Xanax pills from a ‘friend’ to bring with him on the shoot in Montreal, Canada.

‘So, I’d gotten The Whole Nine Yards and had embarked on a friendship with the most famous movie star on the planet, but even I knew I was drinking way too much to pull this movie off,’ he wrote in the book according to the Daily Mail.

‘Desperate measures would be needed. Some might be able to party perfectly well and still show up and do the work – but they weren’t addicts like I was.’

Matthew’s plan was to still drink alcohol but ‘pop’ one of the pills and go to sleep after.

‘I may have been a man with a plan, but I was also ignoring the fact that this was a completely lethal combination,’ he reportedly said.

He added: ‘At night, the parties raged under Bruce’s disco ball in Club Z. Somehow, everyone still managed to show up at 6:00 a.m. for work.

‘I say “somehow”, but I know how: those hundred Xanax worked like a charm.

‘Though combined with my drinking they did tend to make my head resemble a Spalding Basketball. Meanwhile Mr. A-list Willis over there looked like he could open an envelope with his chin.

‘But there was a big difference between Bruce and me. Bruce was a partier; I was an addict. Bruce has an on-off button. He can party like crazy, then get a script like The Sixth Sense and stop partying and nail the movie sober. He doesn’t have the gene – he’s not an addict.’

Matthew previously revealed that he spent at least $9million (£7.9m) trying to get sober, with his recovery eventually coming following a five-month stint in hospital.