The San Francisco theater where the musical revue ran for decades will get a new show in the fall by the 7 Fingers, a Montreal circus collective. 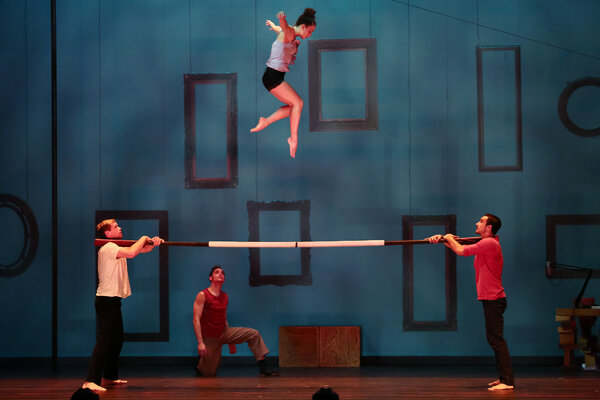 Gypsy Snider was just 4 when she began performing alongside the red-nosed clowns and unflappable jugglers of the Pickle Family Circus, a San Francisco troupe that her parents helped found. She went on to join the Cirque du Soleil before becoming a co-founder of the 7 Fingers, a Montreal circus collective, and creating dazzling acrobatic and trapeze numbers for the Tony-award-winning 2013 revival of “Pippin” on Broadway.

Now, Snider, 51, is returning to San Francisco as one of the artistic directors of a new 7 Fingers circus production celebrating the city’s colorful history that will open in the fall at Club Fugazi, the venerable North Beach theater that was home to the long-running musical revue “Beach Blanket Babylon.”

While the show has not yet been named, it is described as a love letter to San Francisco and will include scenes about the Gold Rush, the 1906 earthquake and the Summer of Love.

The production, which was announced Wednesday by one of the show’s producers, David Dower, will also be a homecoming for its other artistic director, Shana Carroll, a Berkeley native who started her career as a trapeze artist with the Pickle Family Circus. Like Snider, Carroll helped found the 7 Fingers (or “Les 7 Doigts de la Main,” in French), a pathbreaking troupe that started in 2002.

From her childhood, Snider said, she was enchanted by the concept of contemporary circus that began to take hold in the 1970s, a human spectacle driven by emotion, artistry and narrative instead of the elephants and tigers of the Ringling Brothers.