Jordan Kimball and Christian Estrada got into an ugly fight during the Tuesday, August 13, episode of Bachelor in Paradise.

Christian did not waste time asking out Nicole Lopez-Alvar on a date, and they had instant sparks. Clay Harbor, for his part, worried that the only woman he was interested in was slipping away. Nicole thought Clay was too passive, but he got an opportunity to show his slightly more assertive side when Christian tried to steal Nicole again after their date. The guys weirdly held hands as they argued over who she should get to spend time with, but she ultimately chose Clay, who admitted to being “jittery” after the confrontation.

Jordan, meanwhile, already had beef with Christian before Paradise. Christian set up a piñata for Nicole during the cocktail party. Clay tried to interrupt, but Christian wouldn’t allow it, so he walked away. Jordan felt compelled to stand up for his friend, so he tried to take down the piñata, resulting in a physical fight between him and Christian. 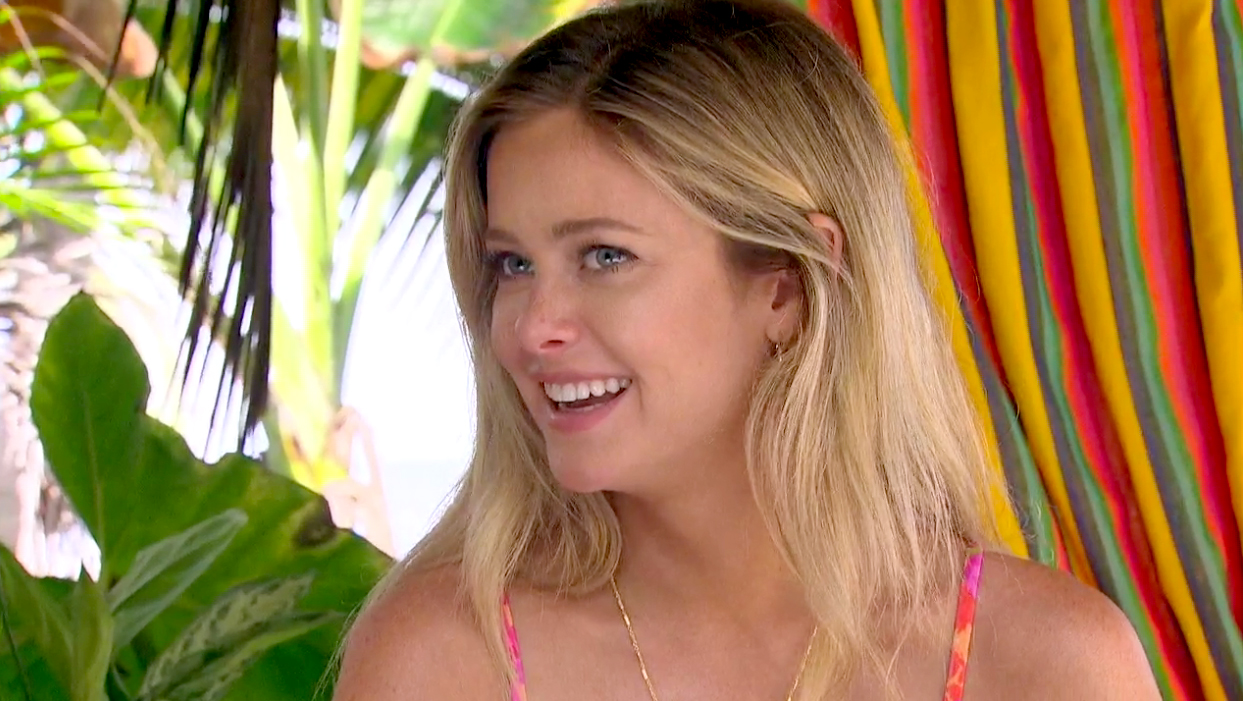 Dylan Barbour struggled to understand why Hannah Godwin was willing to give Blake Horstmann a chance. He pressed her about it, and she finally divulged that Blake visited her in Alabama a week before Paradise. The pair even kissed during the pre-show meetup. Dylan expressed hurt over the fact that Hannah hid this information from him.

Tayshia Adams then confronted Hannah for withholding the hangout from her, since Blake took her on a date during week one. Tayshia felt blindsided — the same thing she and Hannah both experienced during Colton Underwood’s season. Hannah did not appreciate the frank conversation, saying that Blake’s visit was “private” and she didn’t share the story out of respect for him. She believed the show was a better outlet to figure out their connection. She later claimed Tayshia “mean girled” her.

Dean Unglert — and his mustache! — caught Caelynn Miller-Keyes’ eye upon his arrival. However, she grew frustrated as she accused Kristina Schulman of “slut-shaming me across this entire beach.” Dean, who wanted to atone for his previous sins, didn’t seem to mind her tears, asking her on a date. Despite Dean explaining his lifestyle change to living in a van and traveling the world as well as Caelynn feeling apprehensive given his past, the two clicked immediately. She appreciated that he was upfront, and they subsequently made out in a pool.

Demi Burnett and Derek Peth seemed like the only strong couple in Paradise, but she was secretly conflicted because of the woman she had been dating in L.A. before the show. She missed her and still thought about her. Demi came out as fluid to several people but hesitated to tell Derek because she didn’t want the revelation to ruin their connection. She eventually opened up and was relieved by his accepting reaction.

Ahead of the rose ceremony, John Paul Jones memorized a Shakespearean sonnet for Tayshia. Though he forgot part of it, he still landed a kiss. Mike Johnson also showed interest in Sydney Lotuaco.