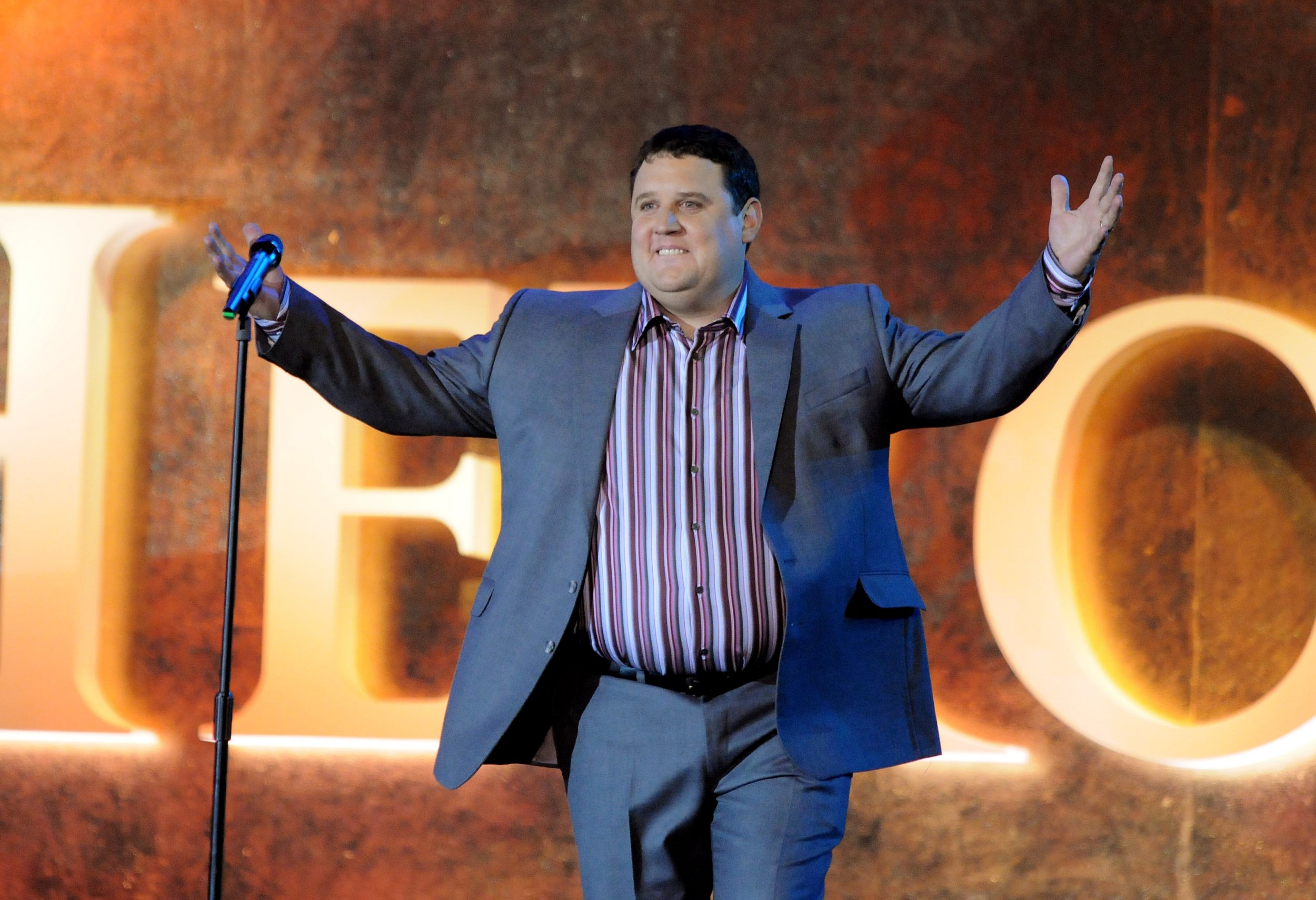 Rumour has it, Peter Kay has been performing secret gigs in the UK ahead of his comeback tour.

The comedian, 49, took a break from the limelight in 2017 and cancelled his nationwide tour, citing family circumstances as the reason at the time.

He has since started slowly returning to public life with various surprise performances and charity events, recently delighting fans at the Dance For Life show in Liverpool for Cancer Research in August.

But now, it seems he’s gearing up to get back to touring full time next year, as the funny man has reportedly been testing out new material on audiences in Salford.

According to reports and various fans on Twitter, the Car Share writer played two shows at The Lowry in Manchester.

Sharing their joy over being one of the lucky ones in the crowd, one person wrote on social media that there was a ‘secret ticket collection’ for their gig, and the audience had their ‘phones locked away’.

According to Mail Online, in a now deleted tweet, a fan named Paula penned: ‘Omg just been to a secret gig with Peter Kay at The Lowry. Best night of my life ever, that guy is a legend.’

When followers prompted Paula to spill further details, she remained somewhat tight-lipped, but hailed it the ‘best experience ever’.

‘It was the weirdest but best experience ever. He is just such a grounded fella. The gig was really raw and unpolished which was what made it so personal,’ she shared.

According to a source who spoke to The Sun earlier this year, Peter is set to announce a huge comeback 2023 tour pretty soon, meaning there’s a chance fans who weren’t at the ‘surprise’ shows might have a chance to hear his new material after all.

Insiders are ‘confident’ that the rumoured tour will include dates at London’s O2 Arena, as well as Manchester’s AO Arena.

‘He has lined up huge venues across the country including in Manchester, London and Birmingham,’ they said, adding that Peter was hoping to announce the shows in September, but there’s been no official word yet.

The source added: ‘Peter has not performed a live stand-up set on a big stage in well over a decade now but he could not be more ready to get back out there.’

When cancelling his 100-date sell-out tour four years ago, Peter released a statement reading: ‘Due to unforeseen family circumstances I deeply regret I am having to cancel all of my upcoming work projects. My sincerest apologies.

‘This decision has not been taken lightly and I’m sure you’ll understand my ­family must always come first.’

The comic offered no further details into the matters, but fans are hopeful that a full comeback is on the horizon.