For those keeping up with the Cambridges, it’s been a whirlwind of activity, from their royal train tour to their goodbye to Queen Elizabeth II to, now, a surprising milestone for kids Prince George, Princess Charlotte, and young Prince Louis. At the London Palladium ahead of a special pantomime performance, the royal kids took on their first-ever red carpet, and demonstrated a surprising amount of their personalities on the way. George, now 7 years old, was surprisingly dignified, both on his stroll down the carpet and throughout the performance — though perhaps it’s befitting for a king to be! 2-year-old Louis was perpetually wide-eyed and stayed close to mom Kate as expected, while 5-year-old Charlotte wound up stealing the show with her cheeky dash for independence. While dad William is trying to hold her hand, Charlotte has other plans for her big moment in the spotlight.

A video captured by Mail on Sunday‘s Emily Andrews shows the three royal kids’ very first red carpet procession in full, complete with Charlotte snatching her hand back from William. While she lets him hold her hand for the first few steps, she quickly pulls her hand away about halfway down and staunchly ignores his outstretched hand beside her. Unconcerned, William gives her a sweet pat on the head.

You can see the Princess is eager to get wherever she’s going, and photos from inside the show indicate it was exactly as engrossing as they’d hoped — George and Louis are both transfixed, but Charlotte in particular looks like she’s on the verge of leaping out of her seat with emotion, with Kate offering a soothing (or warning) look. 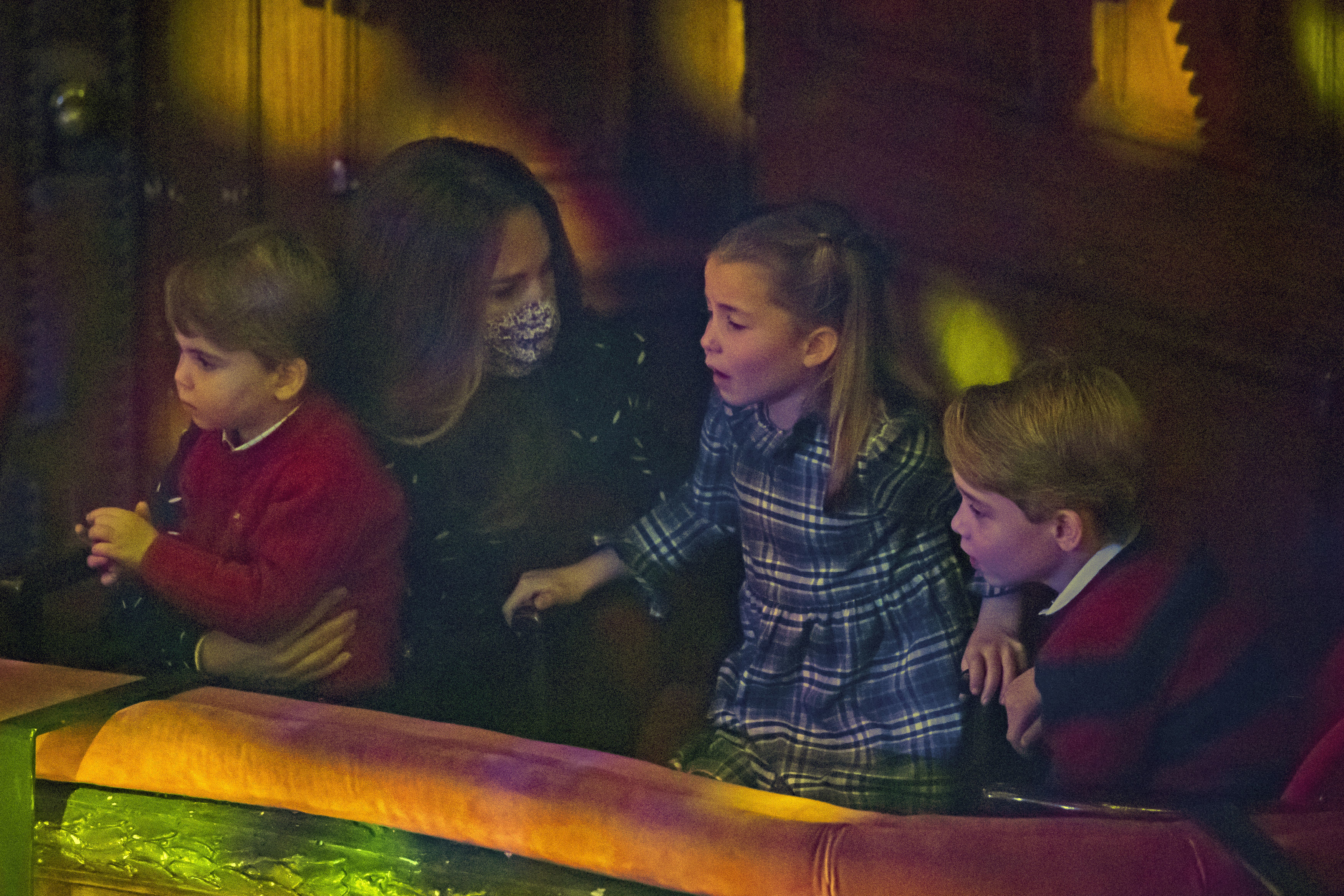 Our conclusion? The young Princess Charlotte may have some of her rebel uncle Prince Harry’s spirit in her yet, and we can’t wait for our next glimpse at the raucous young royal.

Click here to see the 100 best photos of the royal family from the past 20 years.